Having fun with French

Follow these top tips from our expat in France and you will find learning French can actually be an enjoyable experience.

When we first moved to France seven years ago my husband had what he described as “schoolboy French”, which gradually became “restaurant French” as he and I began to get out and about in our village and surrounding area. Often bonding with people we met over a glass of wine or a coffee, as is the way in France.

The French love to hear their language spoken with an English accent.

Now seven years on he speaks reasonably well, albeit with a strong English accent. This leads me on to my first tip: the French love to hear their language spoken with an English accent; they find it utterly charming, much as we find a French accent in English delightful. So never feel you need to worry about not being understood or indeed about making mistakes. No-one cares! The point about language is that it is a way of communicating. You are not taking an A-level in it, and your days of scratching your head and wondering which tense or gender you should be using are long gone.

If your vocabulary is on the small side, the best thing to do is to listen carefully whenever anyone speaks to you. The chances are that you will understand some of what they are saying and then a new word or phrase used in context will become obvious. It’s an extremely rewarding journey. 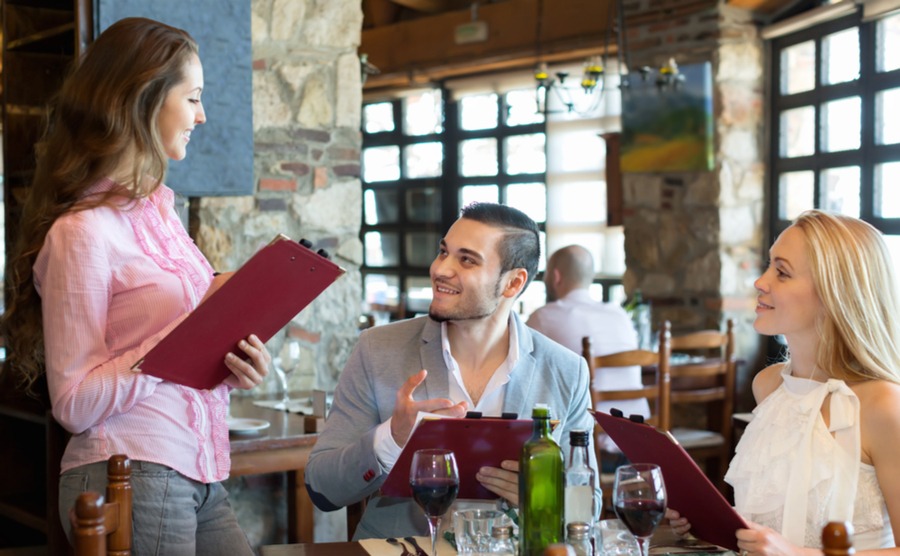 Don’t be afraid to practice your French in public.

Next we come to gesticulation. French is a beautiful language, often enhanced by those sometimes dramatic gestures one immediately associates with the French people. There is the “sore thumb” gesture, which basically involves shaking one’s thumb as if to say “oh dear, how awful” in sympathy with whatever is being told to the person. And of course throwing one’s arms up to emphasise something is classically French. So why not use a few gestures of your own to convey whatever it is you are trying to say? They won’t think you’re mad, rather one of them.

Some of our English friends use an interesting mixture of the two languages – “Frenglish” if you will – which leads to plenty of laughter from all.

We have noticed an increasing number of English words creeping in to the French language these days. This is not something the Academie Francaise, whose mission it is to preserve the integrity of the French language, approves of. Much like Americanisms are finding their way into the English language: “my bad” just isn’t right is it?

Words such as tennis and football are the same in both languages, but there are others which have become the norm now such as “businessman” instead of “homme d’affaires” and “bye” instead of au revoir. Some of our English friends use an interesting mixture of the two languages – “Frenglish” if you will – which leads to plenty of laughter from all.

If you are ready to buy in France in the next three months, let me introduce you to Yasmin who leads our friendly France Resource Team. Call her on 020 7898 0549 or email france@propertyguides.com. We can put you in touch with a trusted estate agent, French lawyer and currency specialist.

Remember, you are not going to receive marks for your efforts in French, you are simply trying to make yourself understood. So pack away any feelings of inadequacy and practice your French, however good or bad you think it is. As time goes by you will make progress and feel confident that you can actually speak the language.