Getting your home renovation done safely

New rules being implemented in April are designed to make it easier to find a qualified and trustworthy tradesman for all your home renovations.

Home renovation is becoming much more popular in France; it isn’t just the British who are keen to take on a serious building project or home renovation any more. Even if you are a seriously handy person, however, the likelihood is that you are going to need help from the professionals at some point.

An increasing number of complaints to the fraud squad about unscrupulous tradesmen in recent years has brought action from the French trading standards body. It is bringing in new rules, beginning in April, which mean that any tradesman undertaking work in your house (including on appliances) will be obliged to provide a detailed list of the work involved and a breakdown of the prices before commencement of the works. This will include all the trades from plumber to glaziers to electricians and carpenters etc. The hope is that this new rule will stop any unscrupulous tradesman from operating.

All workmen will have to list their prices on an hourly and daily basis and give customers a full account of the works required to be done.

Further, all workmen will have to list their prices on an hourly and daily basis and give customers a full account of the works required to be done. Trading standards feels that due to the increase in complaints, too many trades people have been giving a far less than satisfactory service to the unsuspecting customer. 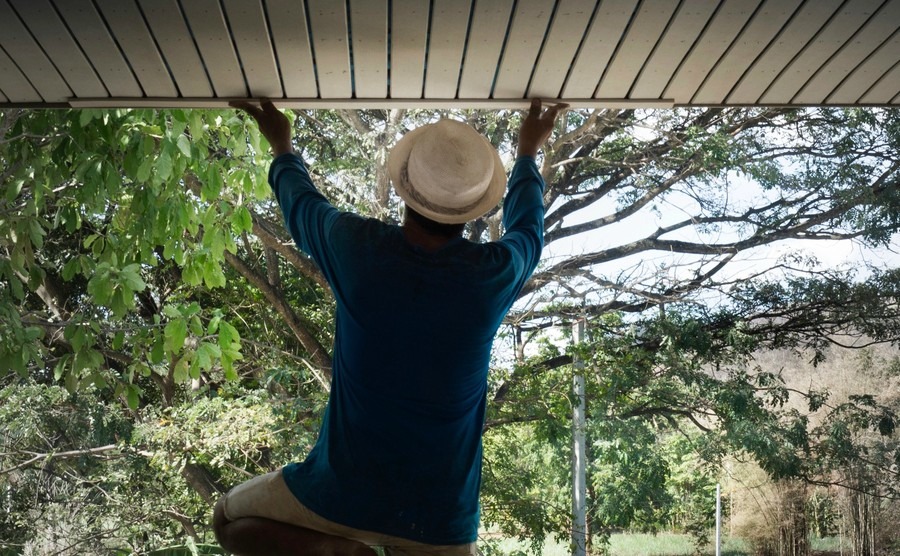 Fixing the roof, in France

The new rules will mean that all workmen will have to be completely upfront about the detail of the works proposed as well as the full pricing, estimated time the works will take and any other expenses which may be involved such as travel etc. Also a proper written receipt must be given for any works which cost over €25.

If you are planning on doing a certain amount of home renovation yourself, shops such as M. Brico, Brico Depot have improved greatly over the last few years, now stocking far better materials than, say, ten years ago. You may find prices are higher than in the UK for certain items, particularly paint and plumbing goods but it is worth shopping around different stores as prices do vary. The larger stores on the edge of towns are a far better bet than the smaller individual shops, helpful though these may be for smaller items such as nails and screws.

If you are planning on doing a certain amount of home renovation yourself, shops such as M. Brico, Brico Depot have improved greatly over the last few years

It is important to remember that you can offset any major works against any future Capital Gains Tax which may be payable on resale if you are doing up a second home in France, but these can only be from a registered French artisan. So keep all those bills safe!