It’s not essential to attain French nationality in order to stay in France as an expat. However, there are many reasons why people choose to apply, from having the right to vote, to regaining freedom of movement, or even just gaining a sense of belonging in the country where you live. But the first hurdle is attaining a certification in the B1 language exam.

Why take the exam?

Having gone through the process, this is the question I asked myself many times. Of course I know the answer. For me, it was always my ambition once I had lived here long enough to apply. In my case, with no family links or marriage, it was simply a question of waiting until I had lived here for five years to apply by décret.

Personally, regaining free movement is not the driving force, although of course, a more than welcome added bonus. I want my voice to be heard in the country within which I pay all of my dues and in order to retain the right to vote in France, you now simply have to be French. I also want to feel that real sense of belonging in the country where I have rebuilt my life and business and where I feel like I will forever remain. It also presents the potential of opening up other longer term opportunities for work. Some of which are no longer open to British citizens who simply reside here.

After researching how to apply for Nationality (and believe me, that is *not* for the faint hearted), I realised that the first hurdle to tackle was the B1 language exam. Initially – and stupidly – this did not ignite much fear in me. Having studied here years ago, and actively using the language in the years since, I have always known I can speak French. Since my arrival five years ago, surrounding myself with French friends and speaking the language as part of my daily work life, I didn’t consider this a worry.

Ready to be French? The take the B1 language exam (Alex Ragen / Shutterstock.com)

As I delved further, however, fear truly began to descend on me. Because in my case, as I suspect for most, I considered my exam taking days well and truly in the past. Yes, we’ve all done them previously, but I struggle to recall a time that I’ve been so terrified at the prospect.

But with nothing to lose except money and pride, and no choice, to be considered for nationality you have to try. Just think how proud you will be with yourself!

Then make initial contact and get detailed information on what is involved. Even on test centre websites, there may be no real detail on this. In France, “face to face” is the quickest way to get direct answers and expecting a response to emails is a risky business. However, once this gauntlet has been run, all that remains is to book, and commence the preparation.

You then need to complete a form, issue a cheque to the amount of €130 and send a copy of your identification. Often, the only indication you may get of receipt is when the cheque is deposited. Don’t have any expectation of receiving further detail until around a week prior to the exam date. This may differ depending on where you choose to do it, but this is what happened in my case.

The B1 language exam format

B1 level is in fact viewed as “intermediate French”. It is designed to show that you can navigate your way through everyday communications within both friendship groups and with businesses. The exam has four distinct parts – listening comprehension, reading comprehension, writing and conversation.

The writing section lasts 45 minutes and entails having to write a piece of 160 words minimum, based on direction. This could be either an informal letter to a friend or family, a formal letter to a business, a forum post to a group of people, a review, or something else of this type. These three parts are taken under exam conditions back to back. Resulting in a sit-down exam of nearly two hours.

Finally, the conversational part takes the form of an interview with several people usually covering three different topics lasting around 15 minutes. Be warned, it may well feel like longer! This is the scariest part for most. The first part is presenting yourself to the panel (giving you the chance to showcase your use of the past, present and future tenses) and at least can, to an extent, be prepared. The second is a debate or discussion on a subject with someone else (either formal or informal and without preparation). And the third is you having to give a presentation of both sides of an argument around a given topic. Also without preparation.

Firstly, don’t do what I did. Which is, the second the preparation starts, lose all confidence in your ability. This is purely a waste of energy and will probably make you perform less well than you otherwise would. 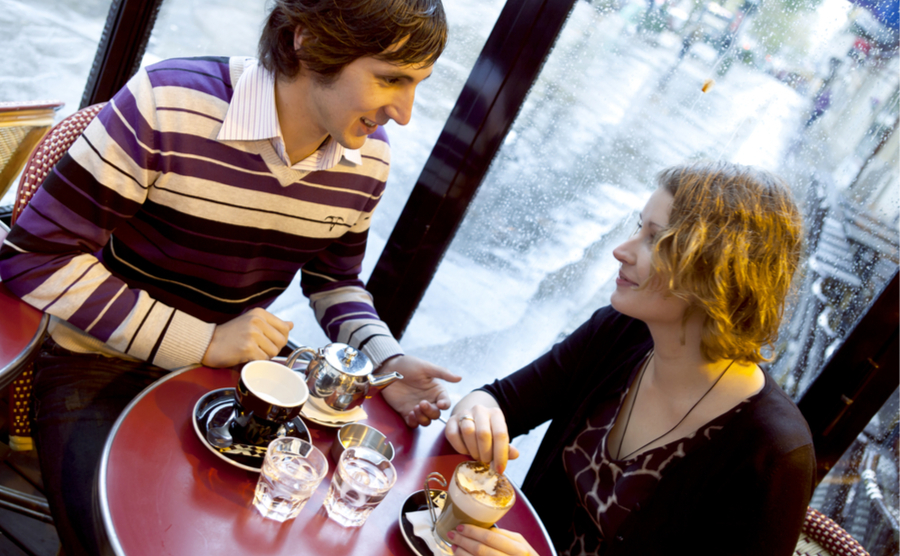 Secondly, do make use of the many online resources, including practice tests specifically for preparation for the B1 language exam. If nothing else, it will familiarise you with the format, which will save you some time. During my exam, several people raised hands asking for clarity on what they were supposed to do. Which to me, showed the benefit of having done the arduous prep of familiarising myself with the format. Whether or not that aided my performance…

During the run up, immerse yourself in the language as much as possible. Whether viewing it as formal preparation or not. Watch French TV, listen to radio, or at least have it on in the background. Speak to anyone and everyone you can, about any given subject. This enables you to slip more effortlessly from polite and formal conversation to conversation amongst friends. What you get in the exam could be either, so don’t focus on either one or the other whilst preparing.

If you are used to speaking to French people in everyday situations, ask them politely to start correcting you. Believe me, this can be both enlightening and terrifying, but will without doubt help. Don’t be afraid to get involved in discussions on subjects and topics that you may have zero interest in. Believe me, half of the problem on the day will be “creating” a point of view on one a subject. Mental agility and creativity is as helpful as your language ability.

The pass mark for the B1 language exam is 50% overall and you must score no less than five points in any given section. How quickly you receive the results depends where you take the test, like everything else in France.

Some people have not received results for nearly nine months. Others receive preliminary results, if not the formal certificate, within weeks. I took my exam over a month ago and have yet to hear, while others who took theirs the same day but at a different test centre have received theirs. Perhaps the larger the test centre and the bigger number of people in your exam, the longer it may take.

If you choose to take on the challenge, I wish you the very best of luck!