One of the best things about living in France is the bread, seriously! Could the quality of the French baguette now be recognised by the United Nations?

French bread: what does it conjure up for you? Since we have lived in France, we have become so used to having it provided at every meal, without any extra cost. It is quite simply a “given” that no meal is complete without a basket of delicious, freshly cooked French bread, whether at home or in a restaurant. No French person would dream of eating any meal without it.

President Macron has recently supported a baker’s campaign to recognise this most basic of foodstuffs as a national symbol, and it may well soon be heralded with a UNESCO World Heritage Status.

We have often thought that the humble French baguette is perhaps one of the most important parts of enjoying life here!

Many French bakers have campaigned for the French baguette to be duly recognised and finally, just this week, the President has given this his full backing. He has been quoted as saying that “France is a country of excellence in bread because its bread is envied worldwide”. He went on to add that its excellence should be preserved and the knack of making it so special should be noted officially.

It is true that French bread has long been the number one staple in any French person’s diet: it is truly part of French history. Certainly its equivalent can be found in the UK and other countries but somehow it never tastes quite the same as it does when eaten on French soil and sometimes it almost seems as though there may be some secret recipe for it, perhaps closely guarded by the French. 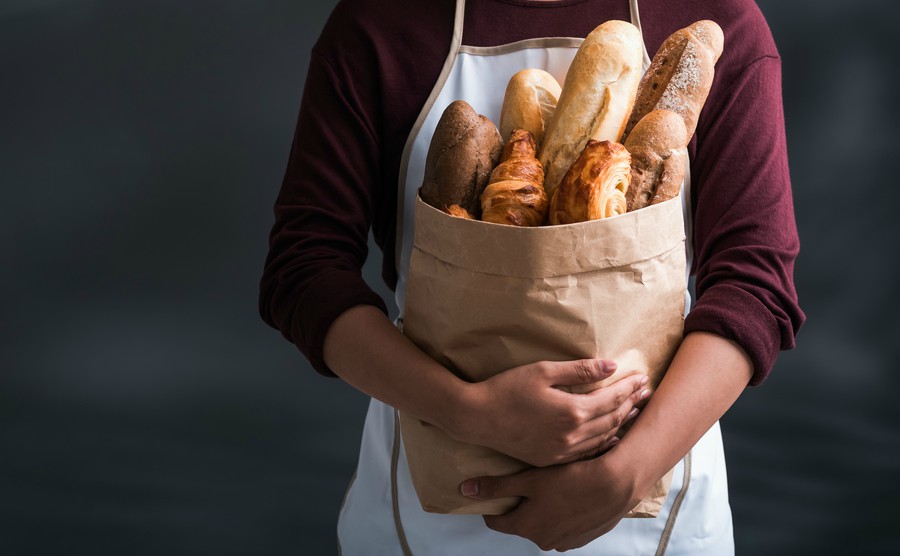 The French wouldn’t be without their daily bread

Giving the French baguette World Heritage Status was started by one Dominique Anract, president of the National Bakery Group, who stated that it is a “marvellous product made with flour, water, salt and yeast”. Sounds very simple doesn’t it?

Interestingly, it does vary in quality. Almost every French village has its own baker’s where the bread is made on site, ranging from 35 to 90 centimes for a baguette. The best bread is that which is soft and fluffy on the inside with a crispy tasty crust on the outside. It will only last for a day but that just goes to show how very fresh the ingredients are.

The French eat bread with every meal and every course. No evening meal would be complete without it, from a light starter to the cheese. It is something which is so easy to get used to and all a part of living in France. We have often thought that the humble French baguette is perhaps one of the most important parts of enjoying life here!