France’s most liveable cities in 2017

France Property Guides explores the most popular places to live in France as voted for by the French.

It’s always interesting to know which parts of any country are most loved by its inhabitants. According to a recent survey Montpellier, the capital of the Languedoc Roussillon region, is the best place to live. Proving particularly popular for Parisians that yearn for some sunshine and a less stressed lifestyle, Montpellier is a beautiful city architecturally, with a distinctly Parisian look because the architect Haussmann loved working here in the 19th century. It has the added advantage of being close to the coast and in the middle of the sunniest area of France.

According to a recent survey Montpellier, the capital of the Languedoc Roussillon region, is the best place to live

Surprisingly, Montpellier came out above such other popular cities as Nice and Aix-en-Provence. Unsurprisingly, it is quality of life which mainly focuses people’s attention when it comes to ranking a city and Montpellier scored highly. Although a large city, it has a more genteel air to it and a real Mediterranean vibe, but without the extortionate prices of cities such as Nice and Cannes on the Cote d’Azur. 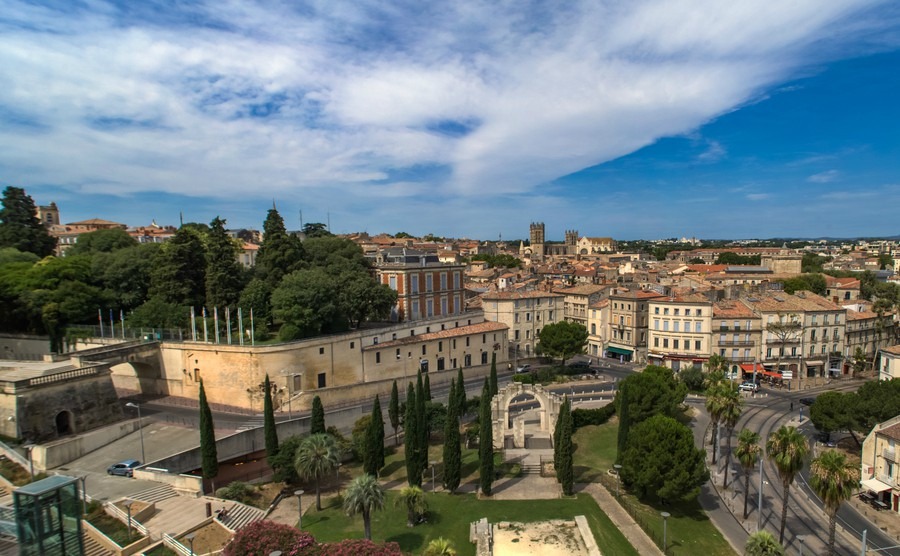 Montpellier was voted the best place to live in France

Looking further down the list, Aix-en-Provence, Toulouse and Lyon figure highly. Toulouse, “the pink city”, is a glorious place and proud of its somewhat sophisticated reputation. The airport has been expanded in recent years with many new long haul flights on offer and a new terminal due to be opened in 2018. Lyon is renowned for its excellent gastronomy.

Best of the rest

Paris, Marseille, Strasbourg, Rennes, Bordeaux, Nantes, Grenoble, Brest, Rouen and Lille also feature. All have their own special identity. Strasbourg has a strong German influence of course, since it was once a part of Germany, and Bordeaux is intensely proud of its wine industry, which is famous throughout the world. But let us not forget the more northern towns of Lille and Rouen. Lille has a wonderful market and for us Brits is so easy to get to on the Eurostar.

It is sometimes easy to forget how big France is when compared to the UK, with so many diverse regions, all offering something different in a tremendous variety of landscapes.

When one lists these towns, the size of the country becomes clearer. It is sometimes easy to forget how big France is when compared to the UK, with so many diverse regions, all offering something different in a tremendous variety of landscapes.

What is your favourite city in France and why? It is quite hard to choose isn’t it? We would be most interested to know where you like to visit and where you, in an ideal world, would buy a property.