The anticipated relaxation of travel rules for British and other non-EU visitors to France has finally arrived. So what better time to start planning your travel to France, in search of the property of your dreams? Even better, there are new flight routes from the UK and USA, and a bold expansion of train services to France.

Despite numerous flights and routes between the UK and France, air travel has faced tough times over recent years. The future is still unsure. As a result of rising costs and the unpredictability of travel plans due to COVID, more people are choosing to travel by alternative methods.

French news reports over recent weeks have been dominated by ongoing issues affecting air travel for UK passengers. Complaints of cancelled flights (due to lack of staff) and long queues at airports have caused many travel woes. Discussions over the impact of new passport rules following Brexit have been high on the agenda, both within ex-pat forums as well as news reports. The rules on what foods can be taken to France have been a source of both frustration and some hilarity too.

However, there is good news too. Easyjet has this week launched new routes from London Gatwick to both Rennes, in Brittany, and Limoges. In addition, Air France is set to introduce 200 new direct flights from the US to Paris this summer. This will amount to 20% more flights than during the summer of 2019. Clearly, the demand for air travel to France very much remains.

Meanwhile, as part of his election promises, President Macron has promised more focus on climate change issues. The French government has already promised to lower carbon emissions resulting from air travel. In April 2022 France banned domestic flights within France where alternative routes are covered by train journeys of under 2 hours 30 minutes.

There is also good news for those seeking alternative, greener methods of travel to France. Eurostar has announced plans to expand its European routes following a merger with the Belgian Operator Thalys. The new route from London to Bordeaux will be part of an exciting evolution of a high-speed rail network connecting Germany, The Netherlands and Belgium to the UK. 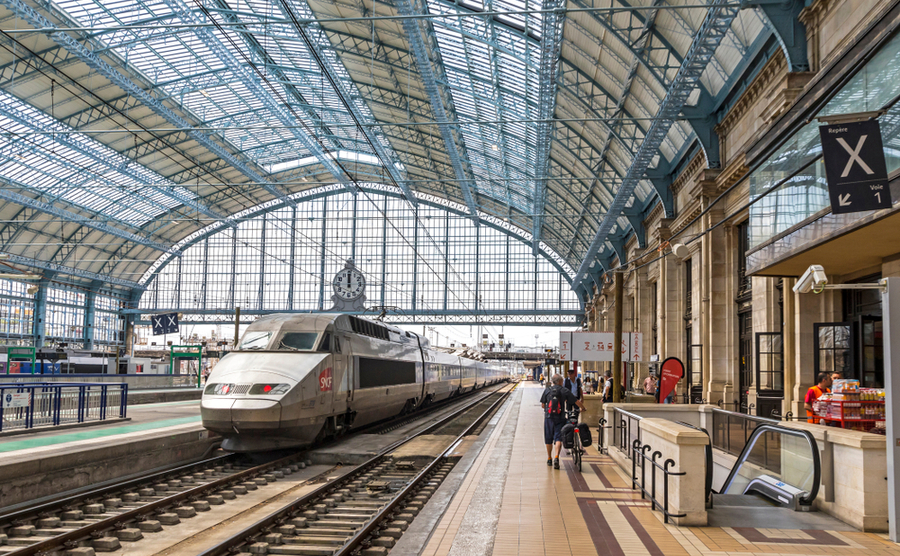 With the Channel Tunnel continuing to operate much as usual, it retains its status as a popular method of those wishing to travel to France. Particularly useful for those wishing to retain the flexibility of bringing their own vehicle. Although please now bear in mind that as a result of Brexit, there has been an important rule change. You must mark your vehicle with a “UK” Sticker rather than the “GB” stickers of the past.

After the furore over P&O ferries earlier in the year, more good news for those wishing to travel to France within the comfort of their own vehicles. P&O Ferries’ Spirit of Britain, has also resumed carrying passengers after a six-week interruption. Yesterday, The Pride of Kent was given the all clear to sail after a fourth inspection by the Maritime and Coastguard Agency.

So now really is the time to book that long awaited trip to France. All that is left is to choose your mode of transport and ensure you have doubled checked your passport validity in order to avoid the disappointment that so many have recently faced. And enjoy. And if in any doubt, you should check all up to date current entry requirements to France as a visitor here.