The French government announced the launch of a new early warning alert system that notifies smartphone users in the event of an emergency.

If you hear an unfamiliar or shrill alert coming from your smartphone soon, don’t be surprised – even if your phone is on silent. The French government is due to launch their new early warning alert system, FR-Alert, soon. The system is to be rolled out to all mobile phone users in France without the requirement of downloading a specific application. With smartphones, a noise will accompany the message and cannot be suppressed until it is read. On conventional phones, the alert will arrive in the form of a text message.

This is the result of a European directive issued in 2018 and is France’s second attempt at an early warning system of this nature. The first was unsuccessful in 2015 due to inefficiencies and the requirement for users to download an app. Uptake and engagement was not widespread and an alert issued hours after the Nice tragedy in 2016 did nothing to encourage confidence in the system.

Testing and deployment of the alert system

Unannounced testing of FR-Alert was deployed recently across participating towns, taking residents by surprise. Increasingly unpredictable weather conditions and concerns over terrorist activity have driven this requirement. In short, this is France’s latest bid to keep its citizens both safer and informed.

FR-Alert is due to be fully operational by the end of this month according to France’s Interior Minister. The purpose is not to alarm but rather to inform citizens. The alert gives them every opportunity to take pre-emptive and appropriate action in the event of a nearby emergency.

A large range of emergency situations will be covered, from serious road traffic accidents and terrorist attacks to natural disasters and public security issues. 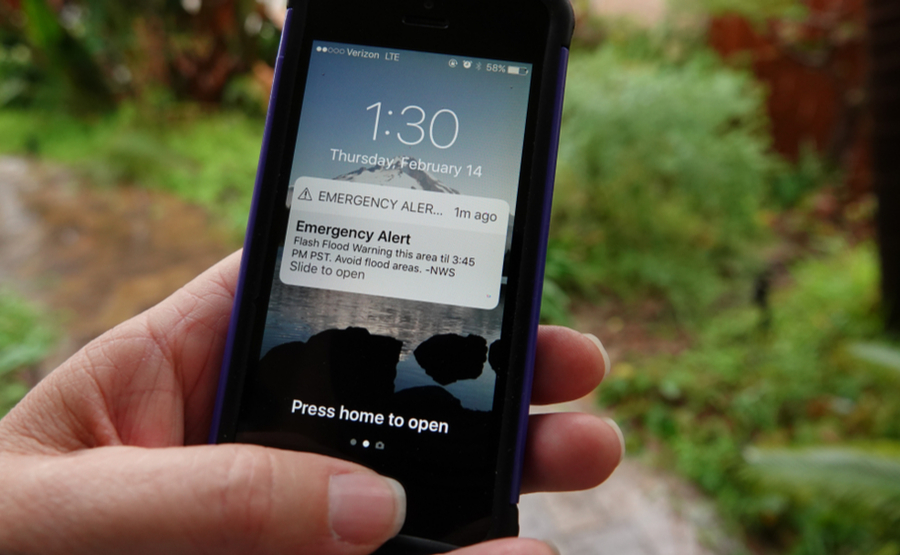 How does it work?

The system kicks in when a genuine threat is identified by relevant authorities. A notice is then sent through to all mobile phone operators. They, in turn, relay the message to all users within the area of perceived danger. It is, however, worth noting that should your phone be switched off or in airplane mode, the message cannot and will not be relayed.

Using GPS location services, the system ensures that alerts are sent only to those within the location under threat. Messages will be sent to a large number of people efficiently and contain the nature and location of the threat. Recipients will also be advised on the action they should take.

Using cellular broadcasting technology, these time critical messages are sent over a dedicated channel. This allows any network disruption to be bypassed, as networks are renowned for becoming overwhelmed and unstable in times of crisis.

Of course, there are concerns over privacy. However, the French government assures all citizens that neither geolocation or personal data will be mined from devices. Many countries have been using this technology for years. In the United States, Canada and Japan, this system is now an accepted part of normal, every-day life.

Testing is due to complete at the end of June. After this, it is hoped that publicity surrounding the new system will have reached the majority of the French population. Preparing the general public adequately for this new security alert system is key. Educational messages will be sent out to give people an idea of how to respond when receiving one of these alerts.