France may lag behind the UK in terms of technical innovation, interest in home renovation, and DIY and building material supplies, but environmentally the country is most certainly ahead of the game.

France is enacting a new law which will ban all plastic cups, plates and cutlery. We believe it is the first country to do this. The law forms part of the Energy Transition For Green Growth Bill which came into force last year. Plastic bags were banned in July, a move which has now been copied by other countries and which was overwhelmingly supported here. All supermarkets now supply paper bags for their customers. Producers of plastic cups and cutlery have until 2020 to change to products derived from biological sources.

The new rules are being warmly welcomed by environmentalists, although there is a possibility that they will fall foul of European Union rules on the free movement of goods. There are also suggestions that since the new packaging will be biodegradable, people will simply dispose of it where they wish, creating another problem. On balance, however, the new law is popular and certainly forward thinking. 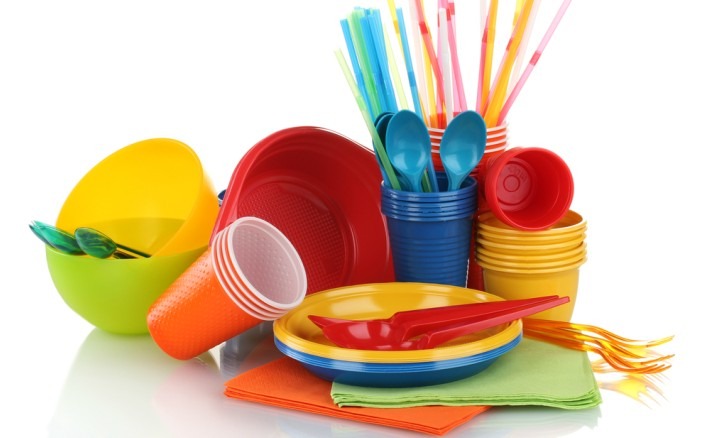 France is leading the way in tackling climate change and the environment. The Paris Climate Change Conference took place last year, capturing the imagination of the public, and the country was highly praised for its concern about our planet.

France is leading the way in tackling climate change and the environment.

Since we have lived in the south of France we have been impressed by the care that appears to be taken in villages and towns to keep them clean and free of litter. This is one of those things we notice when we go back to the UK for visits: there seems to be a greater pride here in the community and greater interest and care for the environment. For example, towns and many villages have dog bags free for the taking, housed in small boxes fixed to lamp posts. Dogs are popular in France and even welcomed in most restaurants, but woe betide anyone who allows their dog to foul the footpath!

Another excellent move is the new law regarding food waste in France. Supermarkets are banned from getting rid of unsold food: instead it must be donated to charities. Any shop not complying will be fined. This again was warmly received and is something which may well be copied in other countries. No-one can accuse France of not keeping in touch with its green side.