People from every corner of the world come to live in France. Our village is like a mini United Nations. The only difference is that we all get along!

We live in a fast-moving world and whereas a couple of generations ago, many people may only have moved once or twice in a lifetime, these days it is so much easier and more common to move many times, and very often overseas.
The beauty of France is that so many different nationalities all live together, drawn by one thing, the beauty of France and what it has to offer in terms of culture, history, space and beauty. It is not only British people who want to come to live here.

In our relatively small village there are Americans, Canadians, Australians, Dutch, Belgian and German people as well as British.

We moved to the Languedoc over seven years ago and were surprised even then at how many expats we there were either living here full time or with second homes. In our relatively small village of a little over 2,000 people there are Americans, Canadians, Australians, Dutch, Belgian and German people as well as British. We have always found it refreshing and interesting to note how many people have, like us, fallen in love with the French way of life.

Our France property listings are full of beautiful places to live at affordable prices. Why not pop over for a look?

If you are looking to move to France and would like to settle in a community filled with Francophiles from all over the world, there are several parts of the country where foreigners are more likely to settle, our area of the Languedoc being one of them. You might want to look at the area around Bordeaux and the Loire Valley. Normandy and Brittany are merely a hop, skip and a jump from the UK, so many of us settle there. There are also areas where more of us work, such as Paris, of course, but also Toulouse, centre of the French aerospace industry. 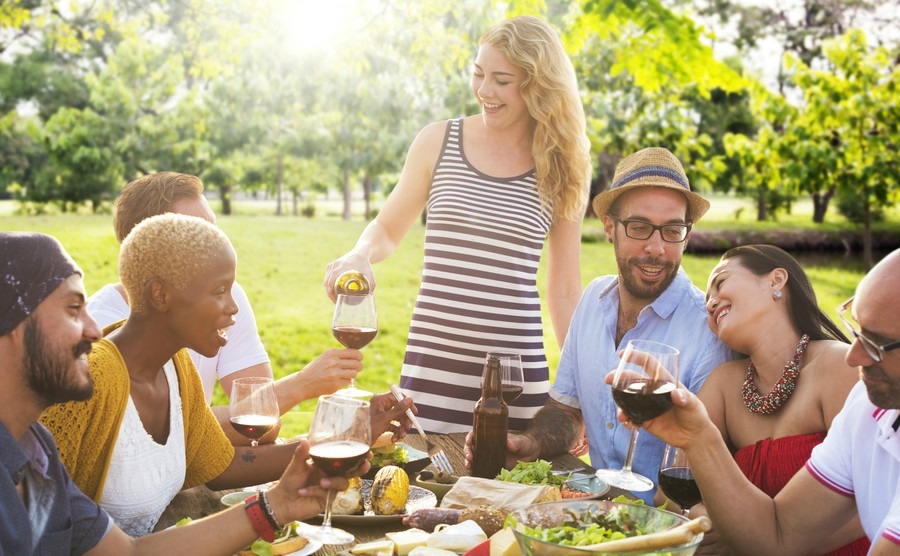 I am often asked about how everyone gets along here: is there any bad feeling amongst the French against foreigners coming to live here? I can truthfully say we have never encountered anything other than friendliness here in rural France. The French by and large like the fact that so many people from overseas love their country and don’t mind in the least if you make mistakes when attempting to talk to them in their language. It is making the effort to do so which counts.

If you are planning a trip to view property in France, the France Buying Guide Viewing Trip App is a great way to stay organised and in control. It’s completely free too!

The appeal of France seems to be universal. After all, here is a country with a tremendous amount of space, where one can still find some superb properties, often with land, at prices which are far less than many other countries. Mixing with other nationalities is so important for us all and here in France, everyone really does seem to rub along famously. As one Australian friend said to me recently: “we have felt hugely welcomed here from day one despite our lack of sophistication in the language”.