The culture and lifestyle are the biggest draws for British buyers in France, says estate agency seeing post-Brexit sales going up

The local culture is the most popular reason British people buy property in France, followed by the French lifestyle and weather, according to a survey just out.

The survey conducted in October by the largest British-run estate agency in France has revealed the top five reasons for Brits wanting to buy a home in France. Ranked in order, they are:

The estate agency also revealed that sales from July to September of 2016 have risen compared to the same period last year, even in light of uncertainty following the referendum.

“We have always known that it is the culture, lifestyle and climate that British people love about France,” said the agency. “With Juppé poised for victory in the next election and an increase of 100,000 property transactions over the past 12 months, it is clear that the French property market is on the up. Couple this with the lowest mortgage rates seen for decades, and it is clear why now is the time to buy property in France.” 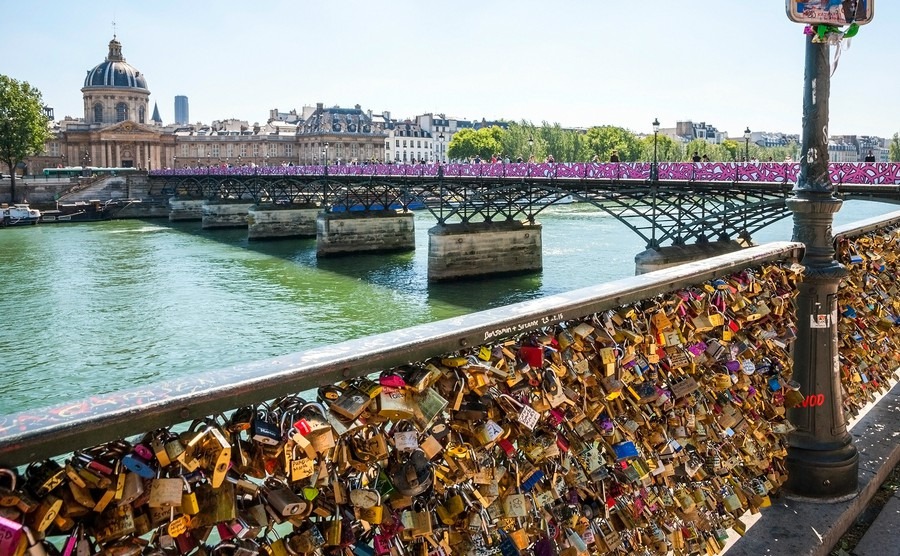 Padlocks on the bridge of Ponts de Arts (dinozzaver / Shutterstock.com)

Another poll taken in July by the same estate agency showed that half of all British clients considering buying a property in France are doing so to move to the country permanently. The poll, which was run following the result of the referendum, shows that British people are keener than ever to make a permanent move to France, despite uncertainty about how Brexit may affect British immigration to the country. The result of this poll were:

A similar poll conducted by Rightmove Overseas last year showed that only 38 per cent of British were looking for a full time move to France, with more than half of British buyers looking to buy a holiday home.