Brexit or no Brexit, we’re moving to France!

Earlier this year, the Sharps decided that 2016 was the year they would finally fulfil their dream of moving to France. They visited the Limousin region in May and found their prefect French home in the town of Peyrat-le-Château. Despite the fears lingering over the looming Brexit, they will push forward and complete their purchase to September.

“There was quite a lot of scare-mongering, but nothing ever concrete. We are not worried about what could happen, as we are pretty laid-back and take everything in our stride.”

“We didn’t really think Brexit would affect us too much, as no one seemed to know what would happen,” said Tracy. “There was quite a lot of scare-mongering, but nothing ever concrete. We are not worried about what could happen, as we are pretty laid-back and take everything in our stride.”

However, the couple have felt the brunt of one effect of the Brexit vote. “I have to carry on working in the UK for another 18 months or so, as we’ve lost a lot of money in the exchange rate going down, money that we need for refurbishing our French home,” said Tracy

Tracy and Mark are already familiar with the French way of life; they’ve been visiting for years and currently operate a fishing holiday business, called French Carp Adventures, from their home in Whiteley, Hampshire. 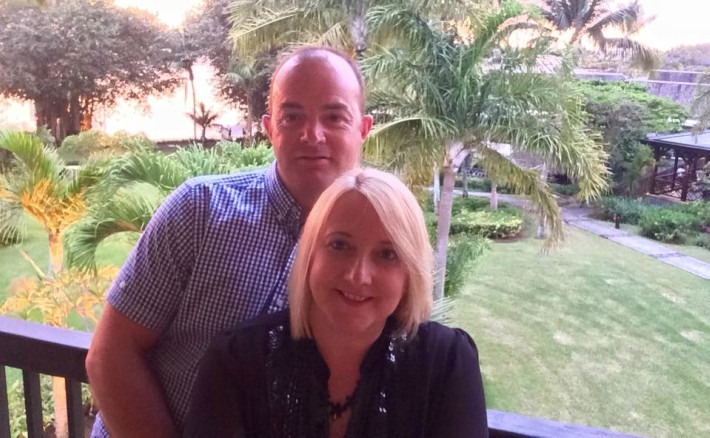 “Mark has been coming to France for the 13 years and loves the country and culture,” continued Tracy. “I’ve been coming over for the past eight years and love the pace of life and also the people. But you can’t forget the wine and cuisine! We will be opening a chambre d’hôte, as Mark used to be a head chef and I’ve been in the hospitality industry for years. It’s something that we have always wanted to do.”

The couple chose their new French mainly for its location. Said Tracy: “We wanted somewhere in a town, close to amenities and with good tourism in the area. Lake Vassivière is only four kilometres away, plus there is a fishing lake right on our doorstep. The pretty town on Eymoutiers is also only a 10-minute drive away too. It’s a great area for cyclists, ramblers, anglers and even house-hunters.”

Limousin is popular for its picturesque coutryside, laid-back rural lifestlye and picturesque lakes.

The Sharps’ French home – subject to completion – is a 300-year-old four-bedroom house, located in the town’s church square, which was previously used as a holiday home. Their plan is to refurbish the attic to use as their own living room/bedroom area, and renovating the others to rent to customers. They hope to have everything completed by June 2017 at the latest.

“We’re paying €54,000 for it, including fees, having managed to knock €10,000 off the asking price,” said Tracy. “It will cost around €18,000 to refurbish and restore to how we want it, but it’s liveable now and had the electrics sorted around two years ago.”

Limousin, accessible via flights to Limoges, is popular for its picturesque coutryside, laid-back rural lifestlye and picturesque lakes. Lake Vassiviere boasts its own island and is fringed by a handful of manmade sandy beaches, giving access to swimming areas and all kinds of water sports. A smaller lake at Bujaleuf is equally popular with bathers, while a bit further south is Treignac, also with its own Lake Vezere.