Whilst people move to France for a complete change of lifestyle, many still need to work and look to establish a new business here. With some providing holiday accommodation, others choose an entirely different route. We spoke to Norman and Jill Atkinson who told us about their move and establishing their brewing business in a quiet corner of southwest France.

When Norman and Jill Atkinson originally bought their holiday home in France in 2002, little did they know what a huge impact it would have on their future. Owning their own piece of heaven in a predominantly French-populated village was a dream come true. They integrated happily with French neighbours, whilst enjoying taking time out from their usually hectic lives working for the NHS in the UK.

But then came Brexit, bringing with it huge decisions to be made relating to their future hopes and plans. So, in 2018 when they retired, they decided to take the plunge and move here as permanent primary residents and establish a business in France. 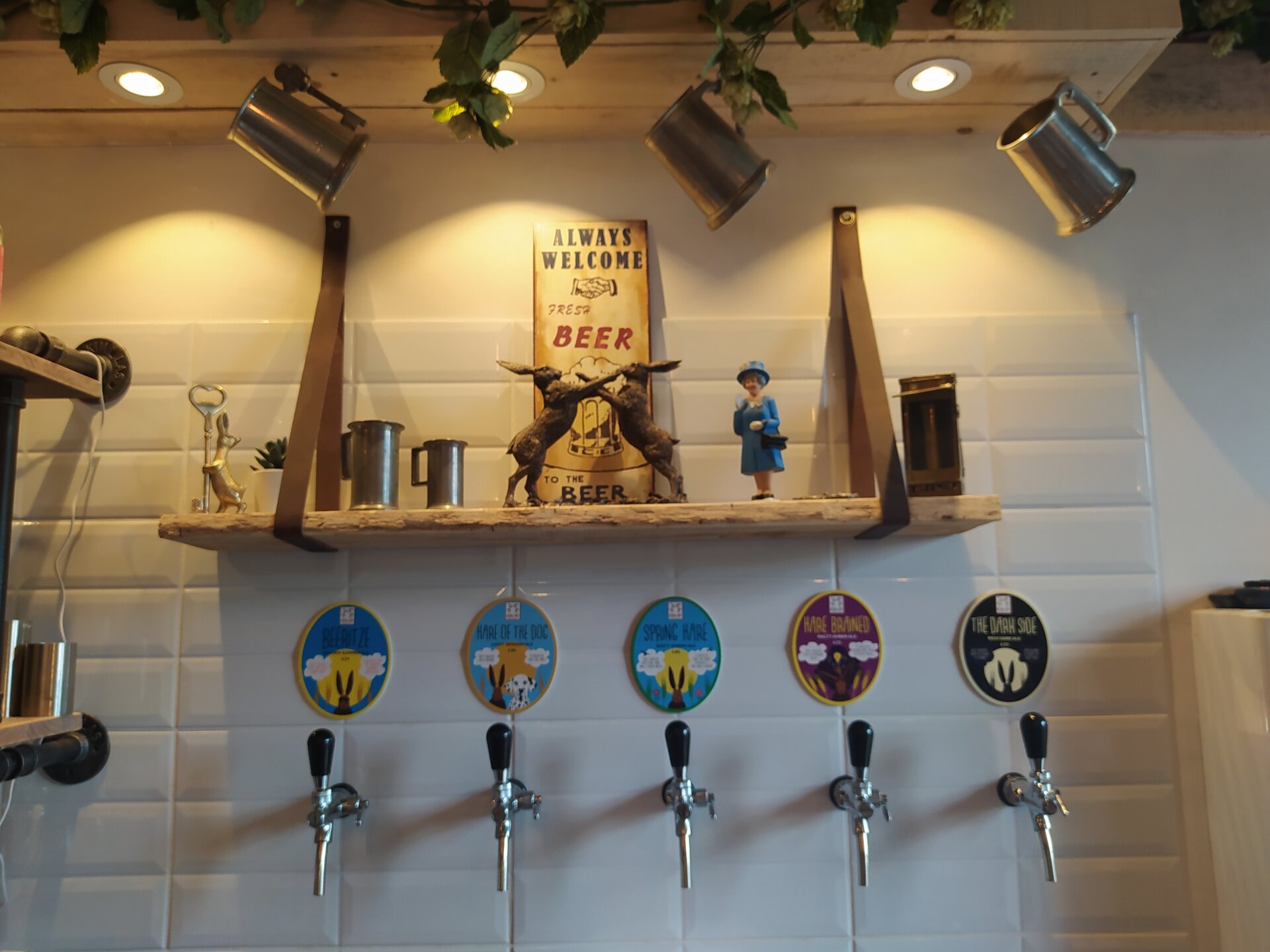 Norman and Jill Atkinson told us about their move and establishing their brewing business in a quiet corner of southwest France.

Knowing they would struggle without a project, their first business idea was to set up a wine and cheese pairing tasting venue. Or perhaps a cookery school – perhaps the logical choice for a couple with both qualifications in wine alongside a keen interest in food and drink. But whilst these businesses become more popular in the UK, establishing this type of business in France (particularly in this region) seemed like a more difficult challenge.

The next idea came from another existing interest. Having worked in breweries around the Poole area where the couple lived, Norman and Jill thought that bringing British ale to France would prove an interesting proposition. And with a captive audience of French neighbours, who better to test the theory on? Thus, the foundations of Boxing Hare Brewing were created.

Find out how to finance a purchase in France with your free France ‘How to Pay for It’ Guide.

Norman began to try different recipes on neighbours and gathered feedback and thoughts. He then used this feedback to tweak the products to perfection. However, only so much can be produced with home brewing kits. So, next came the idea for the real development phase of the project.

To produce ale at any volume, the necessary equipment and space are clearly prerequisites. After an initial property search, in 2019 the couple found what they believed to be the perfect location for their business in France, located 15 minutes from their home. It was a building that, with renovation work, could be turned into a brewery room. It also included an old barn, once used for wine, as well as a small building complete with room for terraces, which could ultimately come to life as a bar.

Thus, the Parcoul Tap was born as an extension to Boxing Hare Brewing. This was the perfect solution and a place to create the authentic tasting real British ale that they are now renowned for within this area. The Parcoul Tap could also be used as a place to serve the ale and spread the word.

Before opening, there was much work to do. The acquisition of the expensive brewing equipment was already done, as it had to be sourced from the UK. Had it not been purchased, the costs of importing and shipping to France would have, by this point, proved cost-prohibitive. 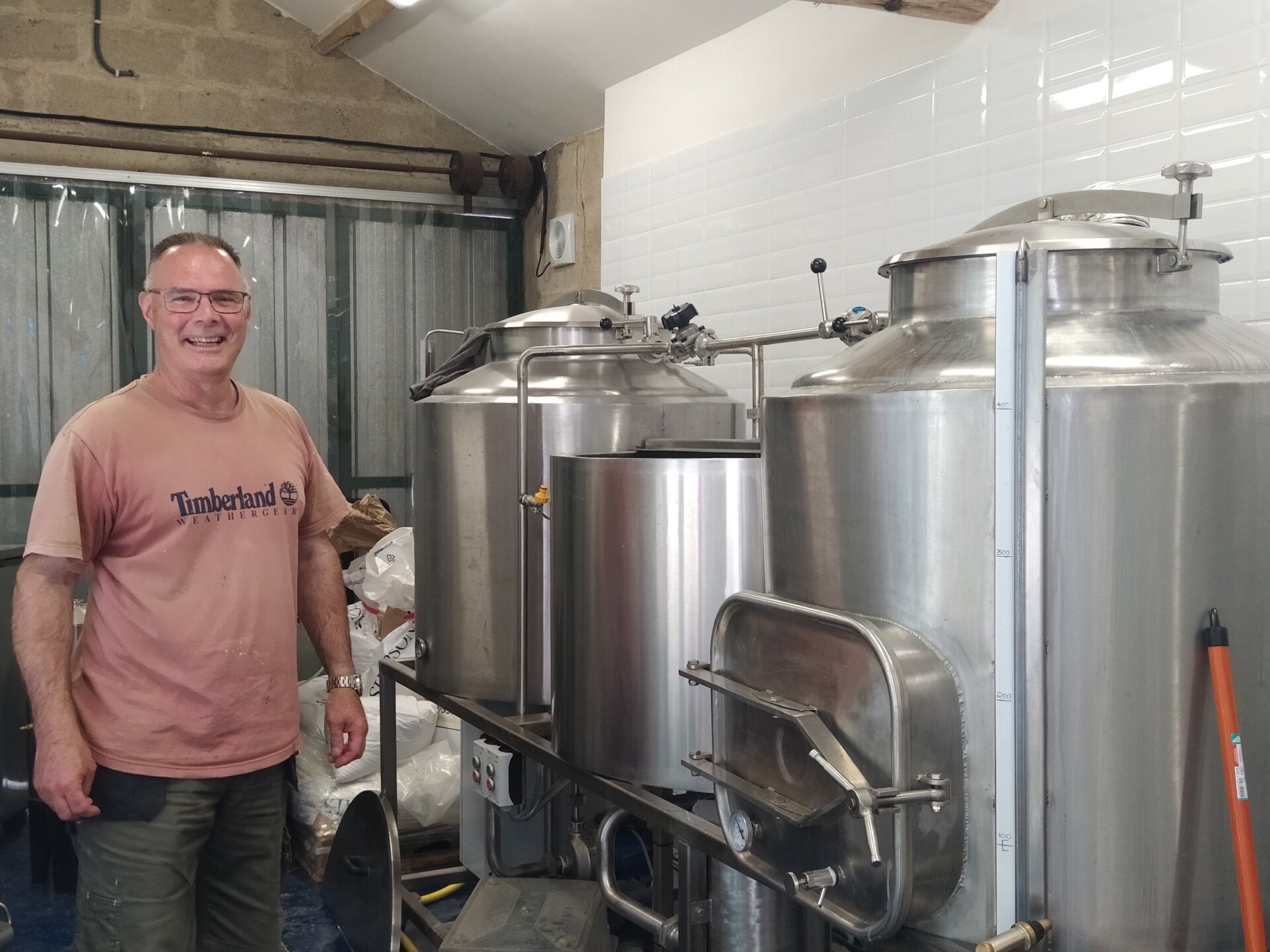 The acquisition of the expensive brewing equipment was already done, as it had to be sourced from the UK.

The building originally had no plumbing or electrics, having been vacant since 2000. Renovations started in earnest in January 2020 and would take 14 months to complete. To add even more woe to best laid plans, in March 2020 the unthinkable happened. The Covid pandemic arrived, bringing with it an immediate shut down to public life in France. But by this time plans had been made, money had already been spent and quotes had been signed for and approved.

Two choices remained – either forget the whole dream with a remaining nightmare to unravel, or continue and battle through. Only one of these choices seemed logical in the circumstances, so they carried on.

With renovations drawing to a close in March 2021, the Parcoul Tap was finally able to open in May 2021.

Whilst you may be familiar with these products in the UK, as a rule, they tend to be craft beers of around 6%. Boxing Hare Brewing regards its ale as session beers of around 3.8-4.5%. They produce five different varieties of real British ale to suit every taste – Beeritze, Hare of the Dog, Spring Hare, Hare Brained and The Dark Side. Ranging from light to dark ale, the Spring Hare is recommended for ale “beginners”. There is even a limited edition produced especially for the Queen’s Jubilee – Hare Royal Highness, a light blonde summer ale in honour of Her Majesty.

The perfect combination of malt, hops, yeast and water gives the beer its flavour, structure, texture and bitterness. During winter, brewing happens once a month. But come summer, the brewing rate increases to once a week, producing 300 litres at a time. There is more than plenty to go around!

The challenges encountered by this intrepid couple during their journey make the success of their business in France even more impressive. The delay in the opening and launch date really could have scuppered the dream before it began. But thankfully not so. The lack of UK tourists during the first summer opening did nothing to help bolster much-needed first-year revenue generation, particularly for a product with which the French market is relatively unacquainted.

As well as this, the challenges in getting the renovation and preparation work done during a worldwide pandemic are clearly the stuff of nightmares. All of these things, however, make them even prouder of their achievements.

From giving away bottles and arranging tasting evenings to general sheer grit and determination, their product is now available in a range of businesses within the local area – from supermarkets to farm shops, and local bars and restaurants, as well as being served within their bar. 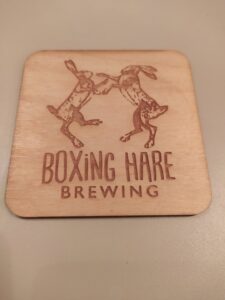 Their product is now available in a range of businesses within the local area.

The couple have since negotiated deals with food trucks in the area. Several nights a week, people sample their produce in the bar whilst enjoying food from the trucks stationed outside. This takes the pressure off this two-person team to produce and serve food as well. However, they now provide tapas boards. Crammed with a range of cheese, meats, chutneys, pate, bread and other delicacies, they make a tasty accompaniment to one’s libation.

Jill and Norman are quite rightly proud of the reputation they have built within the local community. Their bar is a hub for people to meet, integrate, make new friends, socialise with old ones and have fun. And on top of that, with their rigorous working schedule, it provides the perfect platform for them to join in as well.

They have never wished for their business in France to be purely a venue frequented by expats – rather a place for everyone and anyone. They particularly welcome interest from intrigued French visitors, whether local or passing through. From the feedback so far, this little taste of England is very much welcome in the French countryside.

This little taste of England is very much welcome in the French countryside.

Whilst Norman and Jill both agree that dreams are made to be followed, they both think that one should not embark on them blindly and without research. No matter how much due diligence and preparation you undertake, there is always something that you didn’t think of. So preparation truly is key.

They also advise learning the language. The more you can communicate, the greater your ability to integrate with the local community, and that includes networking. Especially when running a business. Never did they think that simply getting to know the locals could have helped them in their business endeavours in some of the ways they have.

The couple also advises that if setting up a business in France (especially one of this nature that involves many rules and regulations) then pay for help to set up correctly. The money you spend to ensure you do everything correctly will be worth it in the long run.

Above all, when starting your new life in France, don’t remain purely within the safe confines of the expat community. You will only ever discover half of the potential experience. For Norman and Jill, not only is it important that their bar is a hub for all the local community but that is known as an inclusive space where everyone and anyone is welcome.

To taste the delights of Boxing Hare Brewing on French soil, you are always guaranteed a warm welcome in our wonderful corner of southwest France at the Parcoul Tap 1 Bis, Rue St Martin, Parcoul, 24410 Dordogne.