American pin-up and former Baywatch star Pamela Anderson has relocated to the Côte d’Azur, where she’s moved in with her new beau in Marseille, the French footballer Adil Rami. The handsome couple haven’t been seen kicking a ball about on the beach yet, but if that freak wave should carry him off, Pamela’s life guarding skills will be handy. 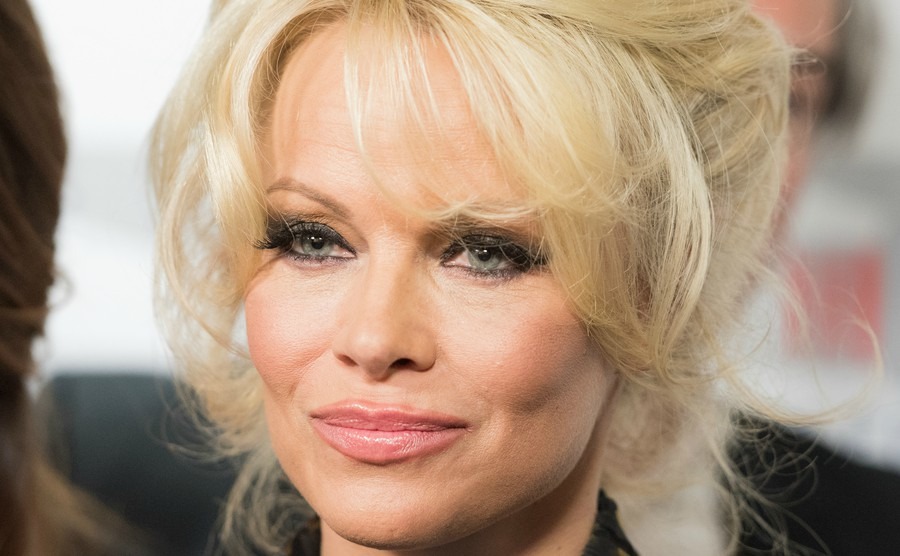 Pamela Anderson has moved into the Corniche-Kennedy area of Marseille.

In the 1990s Pamela Anderson inspired many of us to take up careers in the life guarding profession. Yes, you too could spend your days hanging around a beach in a red swimming costume, saving lives. Fast forward a couple of decades and you’re more likely to see the heart-throb skipping along the sandy shores of the French Riviera.

Pamela Anderson, who shot to fame in Baywatch, has relocated to the south of France.

News just out is that Pamela, who shot to fame as CJ Parker in that famous American series about a clique of LA lifeguards, Baywatch, has relocated to the south of France. Her reason, aside from the champagne lifestyle on offer? Yes, there’s a chap involved. Her new partner is Adil Rami, a footballer who plays for the city’s Olympique de Marseille team as well as being in the French national squad.

Adil’s playing commitments were conducive to Pamela relocating to France and putting her multi-million-dollar Malibu beach house in California on the rental market – for a cool $70,000 per month, apparently. Now the loved up couple are reported to have bought a house together in the Corniche-Kennedy area of Marseille.

Corniche-Kennedy is a three-kilometre stretch of Marseille’s famous Corniche road, which follows the shoreline for five kilometres in the city’s picturesque 7th Arrondissement. Named in honour of the US president, it’s home to grand 19th-Century villas and luxury apartments, and boasts glorious views of the Med, the Frioul archipelago and the city’s popular Prado beaches. Over the years the area has attracted the likes of President Emmanuel Macron, comedian and presenter Laurent Ruquier and singer Jean-Jacques Goldman.

Being the second largest city in France after Paris and third largest metropolitan area after Paris and Lyon, Marseille is a port city that is often overlooked as a second home destination. With a truly cosmopolitan feel and international population, it is also one of France’s oldest cities, having been founded by the ancient Greeks. It has an international airport, which both serves both the city and acts as a gateway to the western part of the Riviera.

If you fancy following in Pamela’s sandy footsteps and looking at property in Marseille, in an article in the Connexion magazine, local estate agent Dominique Puccinelli of Cabinet Lieutaud said this about her chosen patch: “The Roucas-Blanc-Corniche sector is a state within the state. It is Marseille, without being Marseille! Very close to the centre, but far from the bustle and the noise. This is the most sought-after area right now.” 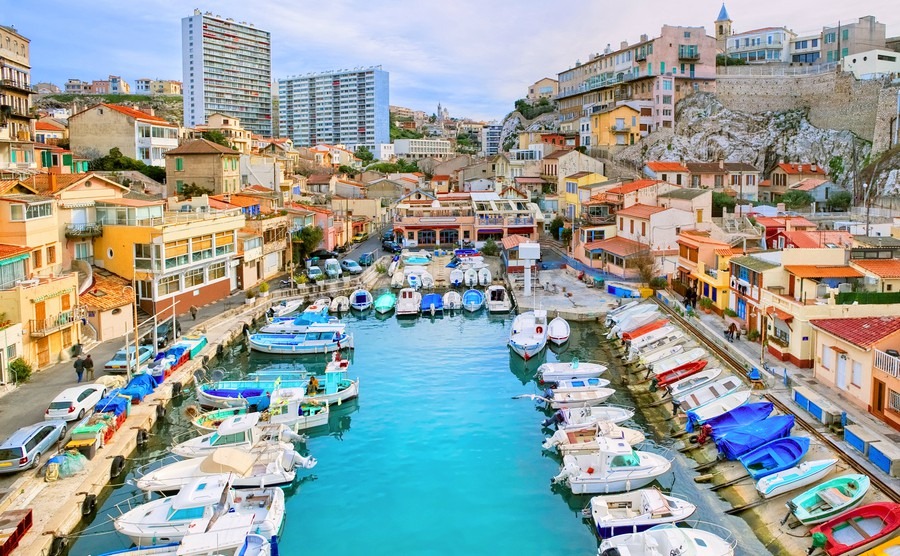 Malmousque is an equally desirable quarter in the 7th Arrondissement, with its maze of winding streets, many leading down to the bustling fishing harbour, beautiful architecture and world-class restaurants. If you can afford a luxury villa in either of these fashion spots, in particular along the Corniche, expect it to come with rare furnishings and 18th century-style interiors, with a living room that leads out to a wide terrace or a bedroom that opens onto an English courtyard. Outside, there’s likely to be a private pool, landscaped garden and summer kitchen. And, of course, sea views.

But there are other – more affordable – areas to consider, such as in and around Marseille’s picturesque Old Town, along the Promenade de la Plage or by the port.

For Americans moving to France, there are range of visa options. Some British people are worrying that after Brexit they will have no more right to live in France than do Americans, Australians etc. If you are concerned, read our guide How to Live in France After Brexit. It explains all the visa options for non-EU citizens.