An insight into village life in France

Are you tempted to start a new life in a beautiful village in France? If so, you’re not alone. Many British people, myself included, have done just that and if you asked them if they had any regrets, the majority would say “only that I didn’t do it earlier”.

France is the second most popular country for Brits to move to after Spain. Currently over 200,000 British nationals live in France, lured by affordable property prices, a more relaxed lifestyle, an abundance of space and beauty wherever you go in the country. Plus, a lovely climate and other reasons, too numerous to mention here!

The most popular areas for relocation are Nouvelle Aquitaine and Occitaine. Both are large regions with a huge amount to offer. France is a very big country, especially compared to the UK, so there are lots of   wonderful villages for you to choose from. 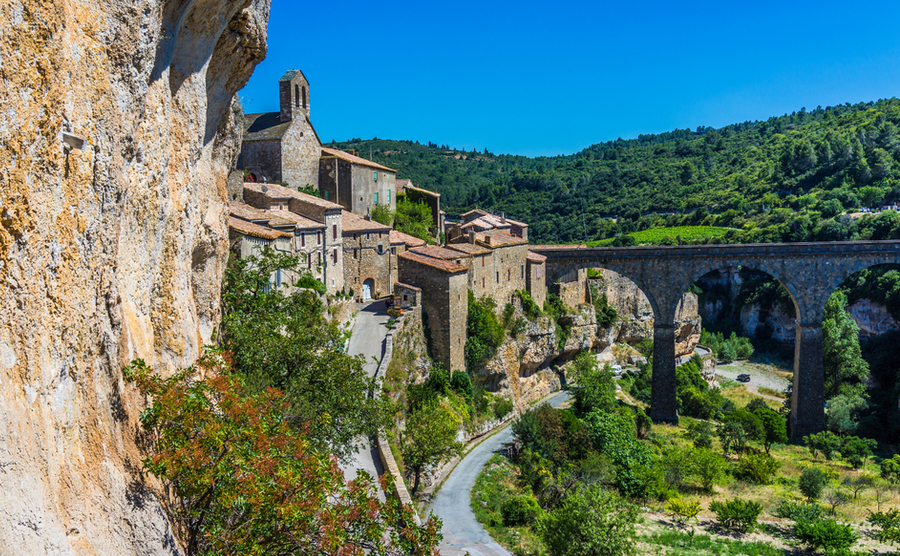 Minerve village in the summer

What’s it like to move to a small village in France?

We moved to the south of France and were welcomed with open arms by our village. It’s located in the heart of the Minervois wine region, which used to be Languedoc Roussillon area. As with so many French villages, there is a strong sense of community. People look out for each other – ages and nationalities mix without any problem. People stop to chat in the street and joining in local festivities is something everyone is encouraged to do. 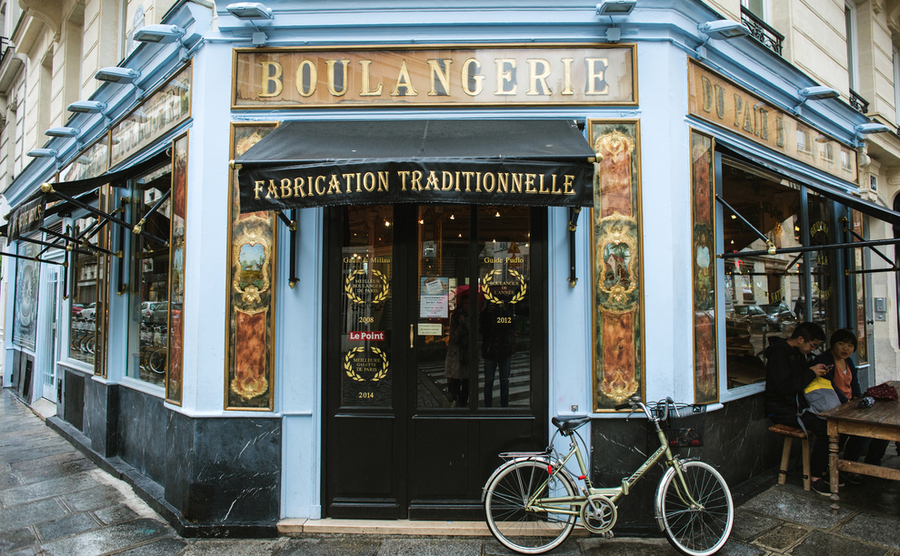 What advice would I give to anyone contemplating a move to a French village?

Firstly, it is important to think about what kind of lifestyle suits you. Bear in mind that there are plenty of small, rural French villages with no amenities at all. Where you need a car to go and buy your morning baguette. Mind you, many such villages are absolutely beautiful and benefit from a friendly community, stunning countryside and peace and quiet. If you like a tranquil life, a small, remote village will be ideal for you. My advice, however, would be that happiness living in a French village probably comes from being in a community with at least a boulangerie and perhaps a cafe.

One of the joys of French living is to meander up to the boulangerie in the morning for your freshly made baguette. Perhaps stopping on the way to chat – in French – to a neighbour or two.

Speaking of chatting, the second most important thing is to make every effort to integrate into the French way of life. Some things are done differently. So, go with the flow rather than fighting customs. For example, many shops and businesses in rural France still close between 12 noon and 2 pm. I remember finding this tricky at first. It wasn’t until recently that I decided, here was a real chance either to cook a nice lunch (the French still “do lunch” rather than grabbing a sandwich on the run!) or simply have a break from work. In other words, I turned it into something positive. 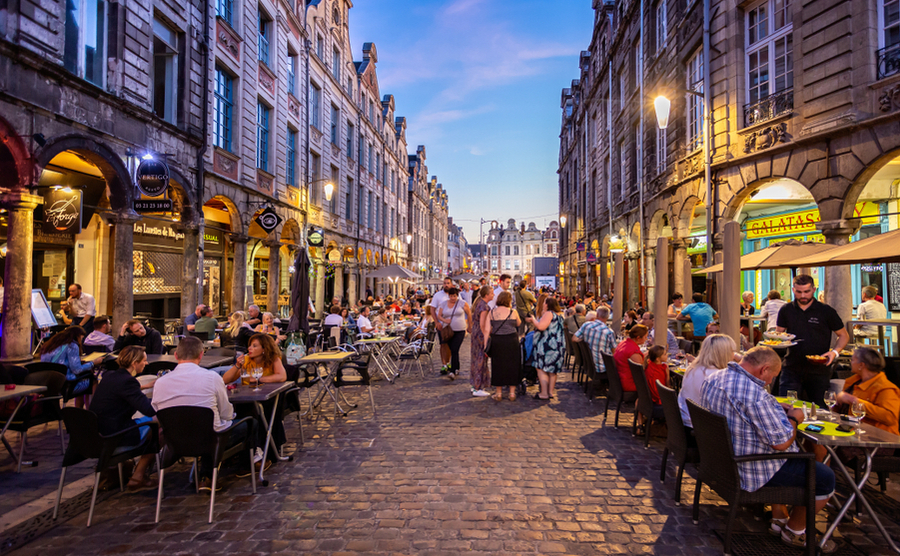 If you’re stuck where to start, try talking to someone at your local cafe

We are all social beings and thus the next most important thing in finding happiness in your new French village life is to integrate into your new surroundings. This means of course partly making an effort to speak some French. No, it does not have to be anything like perfect. Do not worry if you falter or cannot find the right word; no-one minds! The key is to try. Always bear in mind that the French find the English accent in French is attractive, much as we find the French accent in English utterly charming.

Making an effort to speak to as many people as you can when you first arrive will pay dividends. Not only will you feel chuffed that you are making progress in the language, but you will also be making new friends. 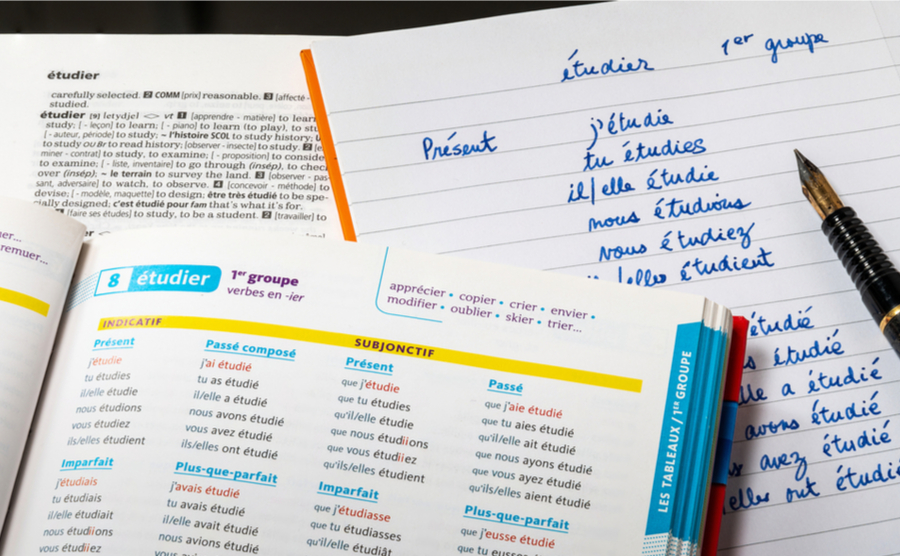 Could it be time to brush up on your French?

What is it like being a Brit living in a French village?

Our village – like so many others – has a real mix of French, British and other nationalities. Everyone gets along.

In case you are wondering, we have found no problem being British, quite the contrary in fact.

Friends have recently started up a small business helping people with TV/satellite and internet problems. Let’s face it: unless you are a tech wizard, we all need help with this, and our British friends count many French folk amongst their customers.

Another British friend set up as a mobile hairdresser. She spoke very little French to start with but says being sociable, introducing herself to as many people as she could at the start and offering a good service has brought dividends. So put away any doubts you may have about living in France. It is all about giving and getting back something in return. Generally speaking, the French will welcome you warmly; they see it as a compliment that many British people have chosen to make France their home.

I asked some friends, Angela and Alan, who have a second home nearby, to tell me what inspired them to buy in France. They said as soon as they landed on French soil, they felt as though they had come home, such is the welcome they receive each time they come to their village. “The day after we arrived last week, our neighbour, Mme. Chevrier, who has just turned 94, popped over with a homemade cake and some flowers from her garden” Angela told me. “My heart lifts as soon as we arrive in our French village. It is the most welcoming place I have ever been to.”

Says it all really, doesn’t it?