For many of us traveling from the UK, Manche is the first we see of France, as we arrive at ports like Cherbourg and St Malo. But as we drive off the ferry and speed down to Nouvelle Aquitaine or Brittany, this beautiful and rugged coastal department certainly bears taking a closer look, especially the pretty and affordable property in Manche.

Created as a department during the French revolution in the 18th century, the name manche means “sleeve” and, of course, is also the French name for the channel waters dividing England and France.

Manche is famous for its rugged beauty and much visited site Mont St Michel. It is beloved by British people as being something of a French Devon or Cornwall. Indeed, until 12,000 years ago the land was joined up, and it has similarities in terms of geography and landscape.

Whilst it may be similar to the south-west of England in many respects, property prices are far cheaper here,

Find homes in Manche via our property portal.

Some buyers are put off by the climate not being warm enough – although in a time of global warming and truly scorching Mediterranean summers maybe that’s not such a bad thing! 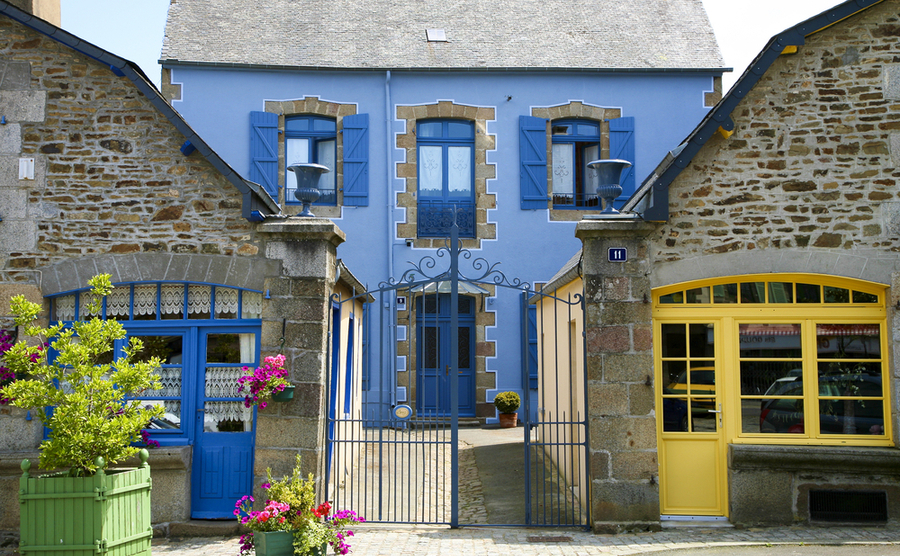 The climate in Manche is what is known as oceanic, being so close to the sea. This means seasonal temperatures with cold but not generally freezing winters, warm summers with occasional bursts of temperatures reaching over 30 degrees and mild springs and autumns. There is a fair amount of rain which makes for a lush, green environment, ideal for growing exotic plants.

It can be windy close to the coast and with the quick changing of the tides, this can lead to sudden temperature changes even over the course of one day. In short, it is a bracing, healthy climate in Manche.

The port town of Cherbourg is well worth exploring, not just stopping off in as you arrive across the channel by boat. This is a very interesting town with many historical monuments to admire, some of them rebuilt after the Second World War. There are also some fine restaurants specialising in seafood and plenty of pretty little cafes to linger in in the centre of town.

The Cap de la Hague is in the north west off the Cotentin peninsula. This is a lovely coastline with impressive cliffs and rocks. Not far from here, take time to visit the incredibly pretty village of Barfleur, on the official list as “one of the most beautiful villages in France”. 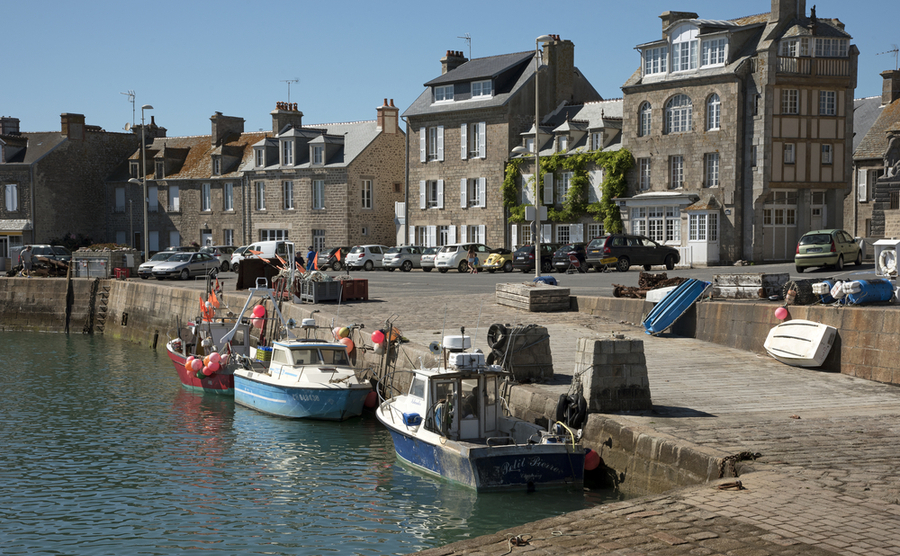 The eastern side of Manche is best known for the immediate of the D-Day landings, especially by the Americans who fought on this side of Normandy. You’ll remember towns like Sainte-Mere-Eglise and Saint-Lo from The Longest Day and Band of Brothers. Do visit the D-Day Landings Museum situated at Sainte-Marie-du-Mont. This was the first part of France to be liberated.

The western side of the department is home to some superb sandy beaches with safe sea swimming in the summer months. Going inland, there are some incredible clifftop walks to enjoy. This whole area is a rambler’s paradise!

The area of Normandy was badly damaged during the Second World War so it is quite something that so many historical monuments remain. There is a whole host of pretty ancient churches to discover here as well as the abbeys of Lucerne, Coutances and Hambye.

If you love castles, you will love Manche! There are plenty of castles of note such as Regneville, Vergoncey, Gratot, Nacqueville, all open to the public.

Markets are an essential part of life in France, and the Manche department is proud of its many varied markets open all year round. Normandy is known for its fruit and vegetables but most of the markets here offer up all manner of goods, not just food but homewares and clothes too.

Check out Barneville-Carteret, Cherbourg which holds a market on five days of the week, Coutances, famous for its covered food market with some fantastic fish and seafood specialities and Granville with all manner of foodstuffs.

From swimming, windsurfing, kitesurfing, fishing to biking and hiking, it is very much an outdoor life in Manche, whatever the season. If you love water sports you will be at home here. Most of the coastal towns and harbours offer nautical activities.

On terra firma, Manche has numerous biking, hiking and horse riding trails, particularly in the west part of the department.

For those wishing to be pampered indoors, there are also plenty of spa towns in Manche offering a whole range of treatments with sea based minerals.

There are plenty of houses at affordable prices in Manche. Prices are higher in the coastal regions but even in the inland areas, it is not far to get over to the seaside and here you will find some incredible bargains as well as a variety of types of property.

There are some lovely ancient farmhouses here as well as new build one level properties. Prices have remained fairly stable in recent years although the area is showing signs of becoming more popular with property buyers since the world has largely opened up again after the last couple of years.

Manche is the nearest point in France to the UK. It is easy to drive to the ferry at Dover or Folkestone and cross over to Calais and then drive over. Alternatively one could hop on the Eurotunnel of course. Driving is the best way to get to Manche as there is so much to explore in this lovely department.