5 things the French can’t live without

Moving to another country is a huge step, however prepared and excited you are. The key to establishing a happy fulfilled life in France – or indeed any other adopted country – is integration. This obviously is a gradual process: it takes time to become accustomed to your new life. However, it is something to think about when you are unpacking your boxes, getting to know your village or locality and trying to brush up on your French!

We all like to fit in with our surroundings and a fresh start in France should be stimulating and enjoyable.

So how do you go about integrating from day one? Well, one way to start is by learning about some of the things which make up the French character and habits. Obviously there is always some degree of generalisation when it comes to describing a nation but equally, there is some truth in this learning which will help you fit in to life in France.

One of the first things you can do is gen up on what makes the French tick; learn about their habits, how they live, what is important to them. You can read all sorts of things about the French but the best way to really learn is to get out and about during your first few days in France and experience life first hand. You will soon pick up on various habits and mores this way.

Every country does have its own unique ways so let us explore what that means for France. Here is what I have learnt so far to help you start to understand the French way of life feel at home in France right from the start! 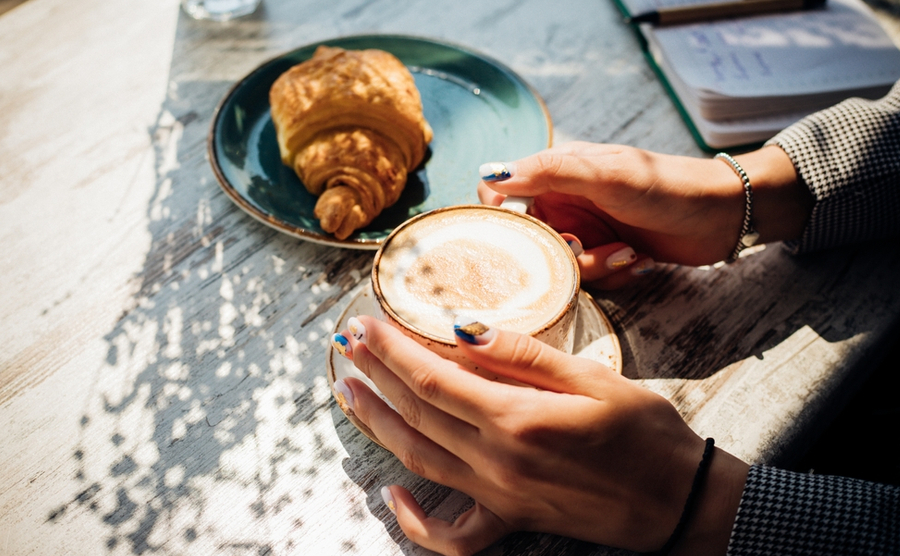 How does a daily coffee and croissant sound?

The morning baguette and coffee

Your local bakery is likely to be open from around 6.30 each morning with freshly baked goodies. It is a classic scene here: you will find your neighbours buying a baguette or croissant to go with their morning coffee. Next stop: the local cafe where you will see several people either taking a quick coffee (and often something a little stronger!) before going on their way to work or lingering with a large coffee in a bowl to go with their bread. There is something charming about this. It is essentially a great and very French way to start the day! 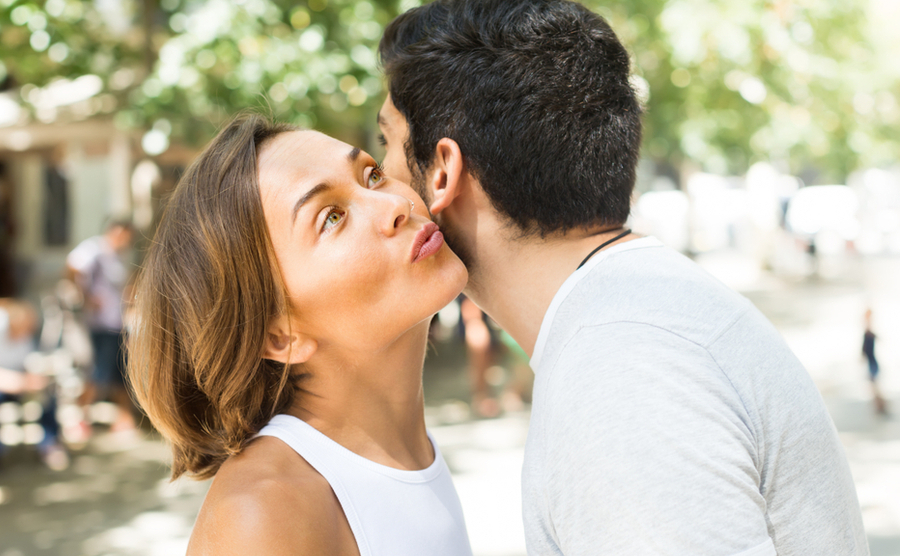 Almost everyone will greet you with a jolly “bonjour”, whether you are at a cafe, in a shop or simply passing in the street, particularly in rural France. I have always felt this shows the friendliness of the French. They are big on being polite and neighbourly. If you stop by a cafe and meet people you know reasonably well, the cheery “bonjour” will also be accompanied by either a handshake or a peck on both cheeks (sometimes 4 pecks depending on where you are in France!). 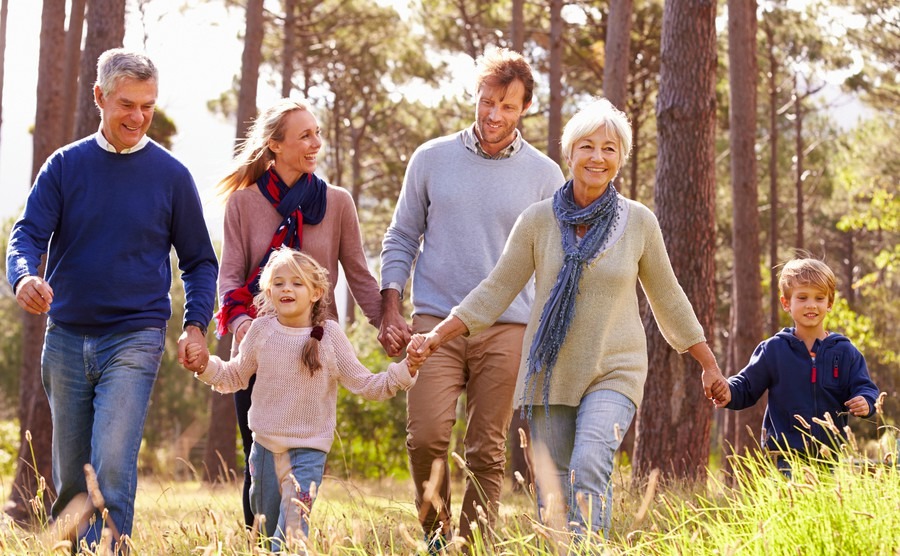 Family time is treasured in France

Family is hugely important for the French. Family gatherings embracing all generations are much more common than in the UK. I have found it noticeable that everyone in the family, no matter their age, is included in celebrations and local fetes. It is heart warming to witness the importance of family in France.

Every family has a “Livret de Famille” which is basically an important record book which documents the civil status and records of the family including birth and marriage certificates, the family’s relationships to one another, new births and deaths. It is used for such events as registering children in school, drawing up wills and entitlement to social services.

The system actually started in 1871 after a fire destroying registry records in Paris.

As a side note: you cannot get one as a non French citizen but a good piece of advice is to keep all your official documents in one file in case you need to prove your status. 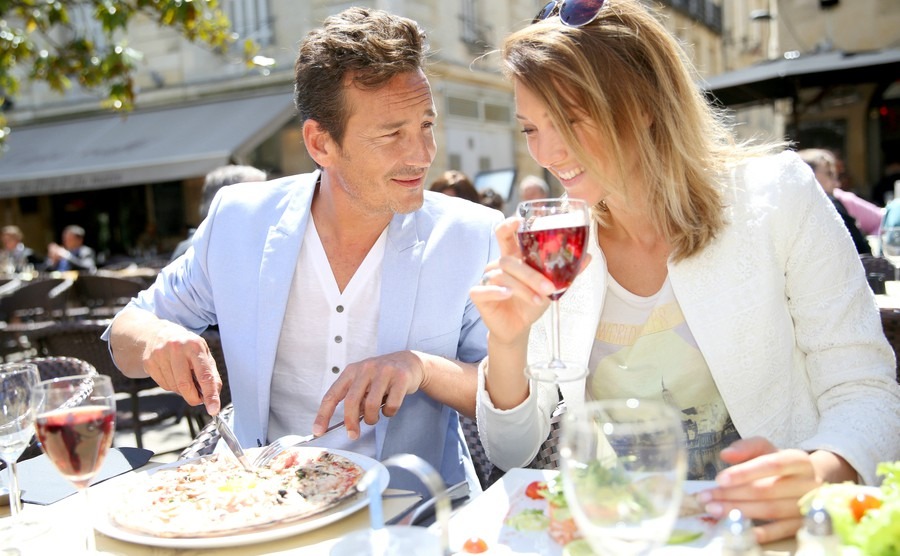 Lunchtime in France, even on a work day, commonly lasts over 1 hour

Back to food again and something I think everyone will notice is the importance of the lunch break in France. Although most supermarkets and larger stores now open all day, many smaller shops will still close for anything up to 2 hours over lunchtime even in towns. People in smaller villages who work locally will go home for lunch. There is less “eating on the hop” here.

Perhaps the French playwright Moliere nailed the French slight obsession with food when he said  “il faut manger pour vivre, non pas vivre pour manger” or “one should eat to live, not live to eat”. The idea that good meals are almost to be worshipped goes back hundreds of years in the French psyche.

Interestingly, although lunch is important to the French, the window to eat in most restaurants is fairly restrictive: you do need to be at the restaurant by around 1.30 pm to be sure of being served in most rural towns and villages. 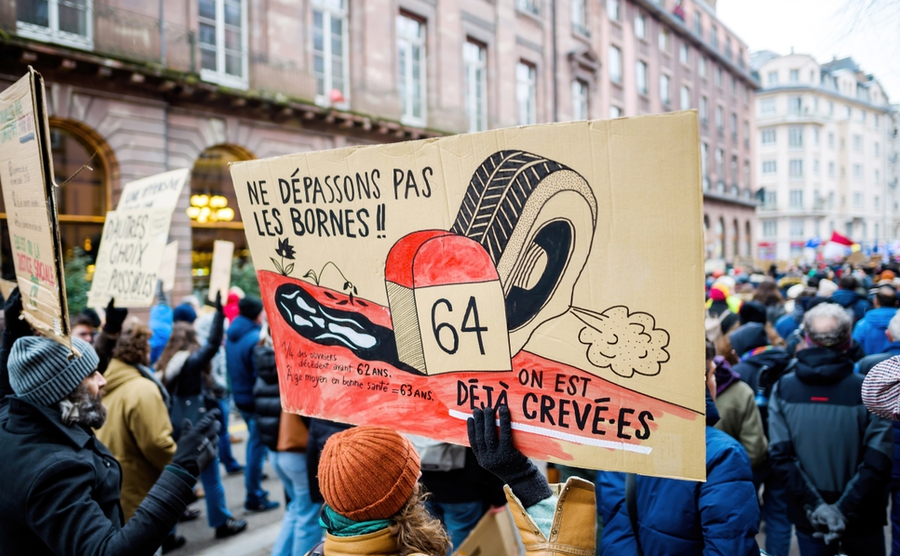 protest against the French government’s planned pension reform to push the retirement age from 62 to 64 / Image: Hadrian via Shutterstock

The French have a long history of striking when they consider something to be unjust. They see it as a right and are very concerned with any social injustice. The latest strike of course has been focused on Macron’s plan to raise the pension age by 2 years. There is huge upset about this although even with the raise, France will still be one of the countries with the lowest pension age.

This last strike about pensions and with other workers from schools, public transport, hospitals etc. joining in is the biggest one seen in France in 10 years. The French in general are happy and indeed keen to have their voice heard. Perhaps the UK is currently taking a leaf out of their book?