5 places to call home within two hours of bustling Paris

Do you like the idea of an occasional trip to Paris, the fast-paced capital, from your dream home in France? If so, here are five towns and cities that are just 2 hours from France’s beating heart.

I recently visited the city of blinding lights and was, once again, mesmerised by its beauty. If you’re a stranger to Paris, I beg you to schedule a visit. You will not be disappointed, I promise you.

But what did I get up to, I hear you asking… 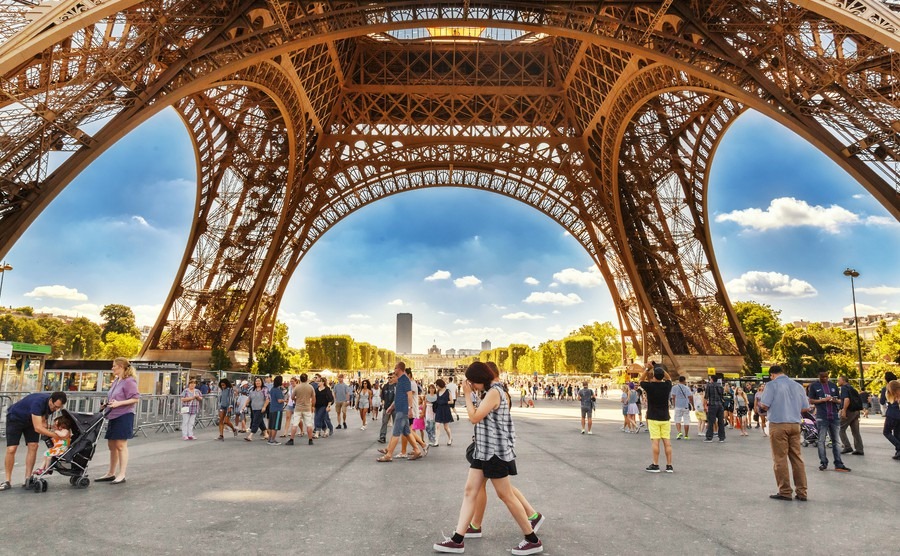 Paris is a city bustling with life

Well, we started off by visiting le Grand Palais Immersif for the current Venise Révélée exhibition, before heading to le Louvre and the Tuileries Gardens’ Christmas market.

One of my favourite things about Paris is the sheer availability of art and immersive exhibitions. There’s always something to see or visit that opens your eyes and mind to something new. If you’d be interested hearing my top recommendations for museums in Paris, let us know at [email protected]

The city was blooming with festivity as Christmas lights shone from all over. It got me thinking, where are the best places to live in France that are within an hour of Paris? Personally, I’d love to live in Paris, but if you’d prefer peace and quiet, here are some great options for you. 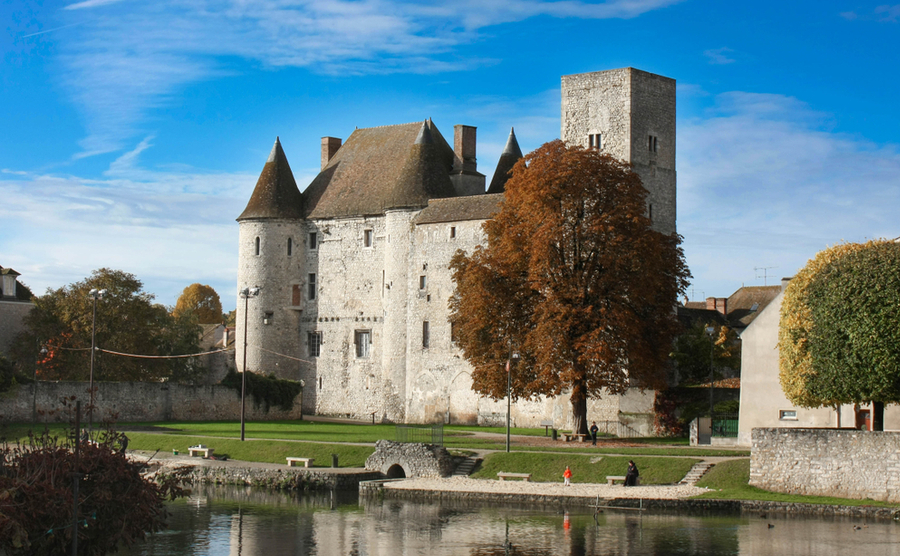 Nemours is famed for its medieval castle, château de Nemours, which was built in the 12th century! Today, it’s home to a local museum with collections of paintings, sculptures and archaeological pieces. The town thrives on its rich culture and fully embraces Nemours’ medieval past. Every year in July, the town hosts a medieval festival which is fun for all the family.

If you’re into history and like the sound of small-town life, Nemours could be for you. If you’re curious about village life in France, read all about Alexis’s life in an authentic French village. 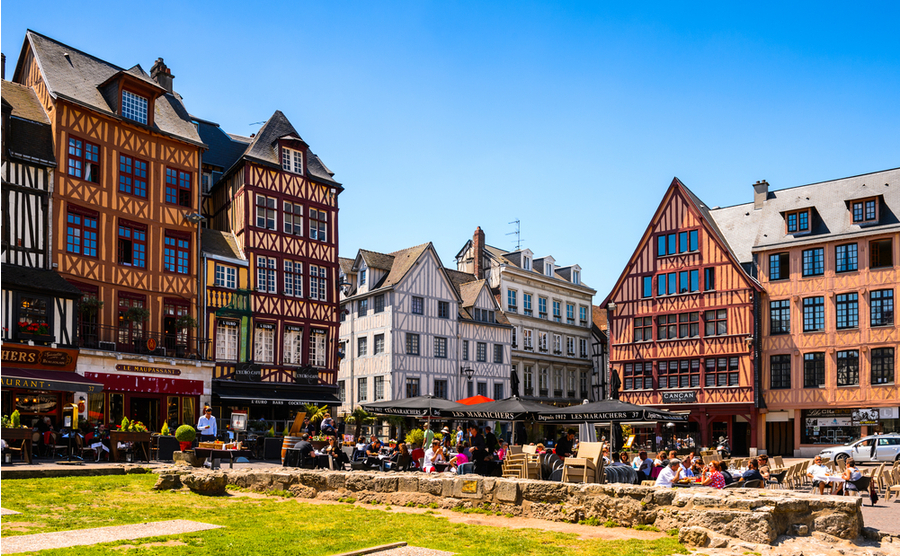 Rouen is the capital of popular region Normandy. It’s exactly what you’d expect from a traditional French town. Think cobbled streets, timber houses and a grand cathedral. The city sits on the river Seine, which you can follow all the way into Paris, although if you take the river’s winding path, it’ll take you much longer than 2 hours! 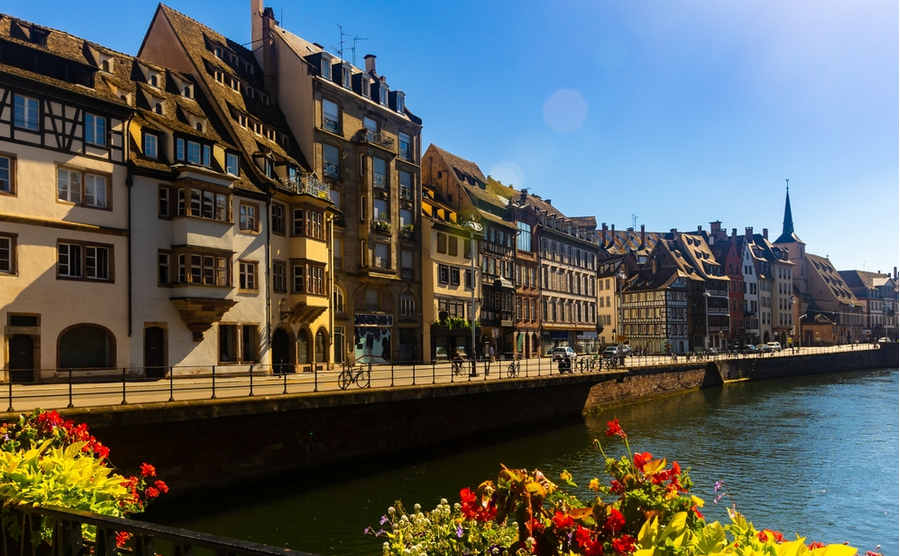 Houses along the canal in Grand Est

You’ll find grand Sézanne in the Marne department and Grand Est region, northeast of Paris. Like Nemours. Sézanne also has a medieval past. In fact, some say it’s like stepping back in time due to the historic buildings and imposing church. Just outside the city centre of Sézanne, you’ll find vast landscapes of vineyards and orchards – perfect for green-fingered house hunters!

Browse homes in France’s Grand Est to be within two hours of Paris. 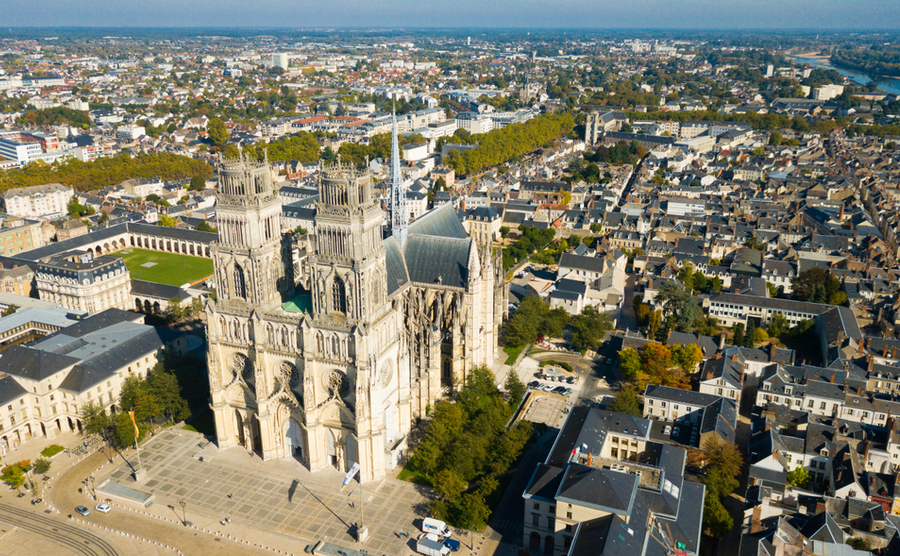 Southwest of Paris, on the banks of the Loire River, you’ll find Orléans. It’s the city Joan of Arc famously saved from an English siege in 1429 – an event still celebrated annually to this day. It’s one of the oldest habited cities in France and it played an important part in France’s history.

The town’s beating heart is the Loire, which plays a central role to lots of businesses in Orléans. The redeveloped riverbanks are bustling with cafes, nature excursions and artist’s shops. Visually, Orléans looks a lot like Paris. The Cathedral Sainte-Croix bears similarities with Paris’ Notre Dame.

If you’re after authentic, French living, Orléans is a great place to call home. Time to brush up on your French! 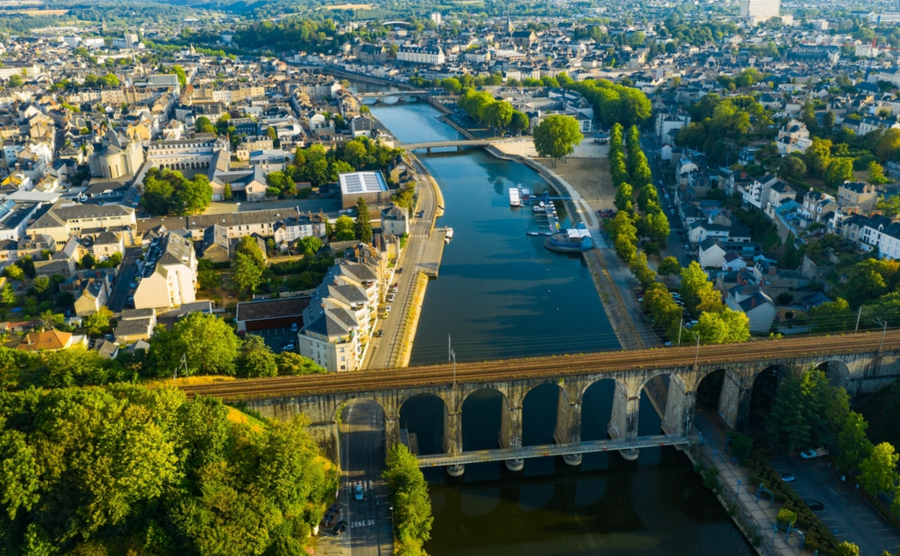 Mayenne is a commune in northwest France, two hours from Paris. Sitting under Pays de La Loire, the small town is known for peaceful, rural living. Named after the river it sits on, Mayenne boasts an authentic, local feel, despite popularity from tourists. The commune is classically beautiful. It looks like a scene from an oil painting, with its medieval style and artistic design.

There’s a diverse range of flora and fauna in Mayenne, with 80% of the department being rural. Properties in Mayenne tend to be larger, with more land than in other areas of France. On Greenacres, two-bedroom properties currently range from €127,000 – €398,000, but on average, you’re looking at something between €150,000-230,000.