6 exciting places to buy in the USA

Okay, any choice of 6 best places to buy in 2021 is going to be a bit random in such a large country! But see if our top 6 suggestions matches your own plans. They cover the breadth of the USA, geographically and intellectually. We stopped in all four corners, then popped back to Florida for a couple more…

It’s been a top resort for Californian movie and political royalty since the 1930s, with the likes of everyone from Leonardo DiCaprio to the Reagans calling it home.

Understand how to control the risk of exchange rates by downloading the Property Buyers’ Guide to Currency.

Palm Springs has a winning combination of desert and mountains. So although popular with ‘snowbirds’ looking for an escape from the harsh North American winter, unlike in flat-as-a-pancake Florida, residents of Palm Springs can head up in the cable car and go snow-shoeing through 6-foot snowdrifts after a round of golf. 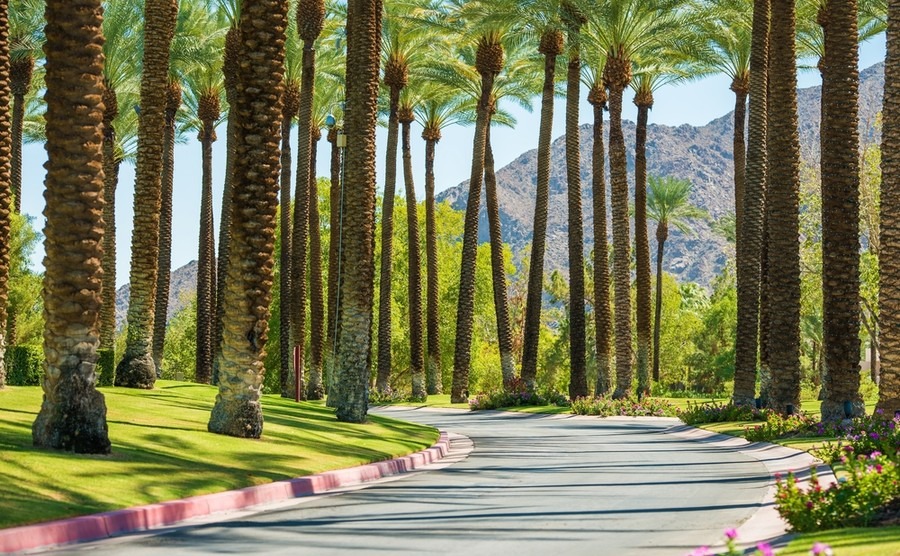 It’s home to world-class golf courses too, and has the gorgeous natural landscapes of the Coachella Valley on the doorstep. Culturally, it’s highly artistic, with the Coachella Music Festival on the doorstep, as well as a plethora of theatres, art galleries and fabulous gardens to explore.

You get here via Los Angeles airport, if you’re lucky on a small plane as the sunsets over the sea… If not, it’s less than two hours’ drive from the city.

The average property price here is around $521,000, and prices have risen by around 20% in the past year. Maybe not surprisingly, this being a lovely place to sit out a pandemic.

With excellent weather, sporting facilities and enough attractions to keep you occupied for years, it’s little wonder Orlando is such a favourite among Brits. Plus, there is also its close proximity to Disney World that makes it a relative honeypot for tourists. 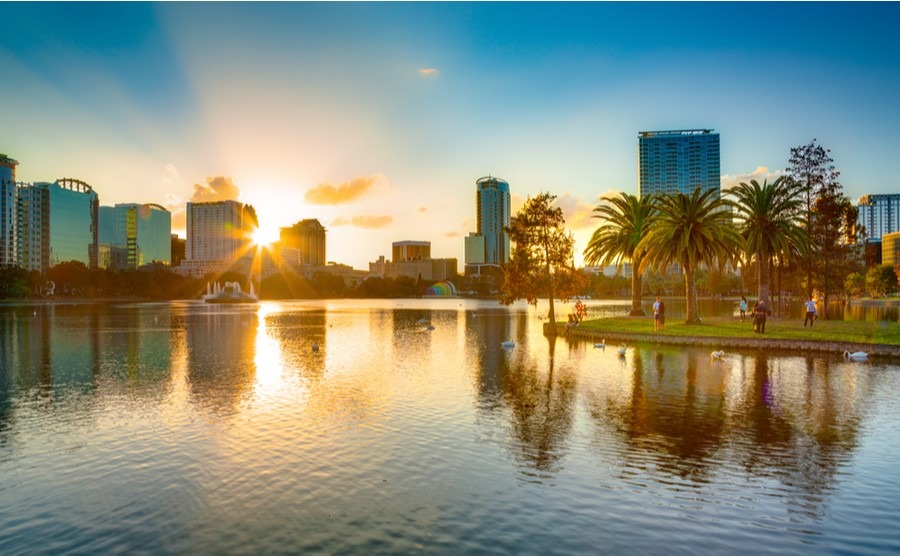 Not only are there lots of things to do, but if you are planning on renting out your property whilst not in the USA, in Orlando you are guaranteed heavy tourist footfall all year round, which will make it nice and easy to let out.

If you’re looking to spend your retirement or your holidays in a tropical paradise, the Florida Keys should be calling your name. Nestled on the shores of Florida Bay and the Atlantic Ocean, the Keys offer island living, with all the creature comforts of being in the USA. 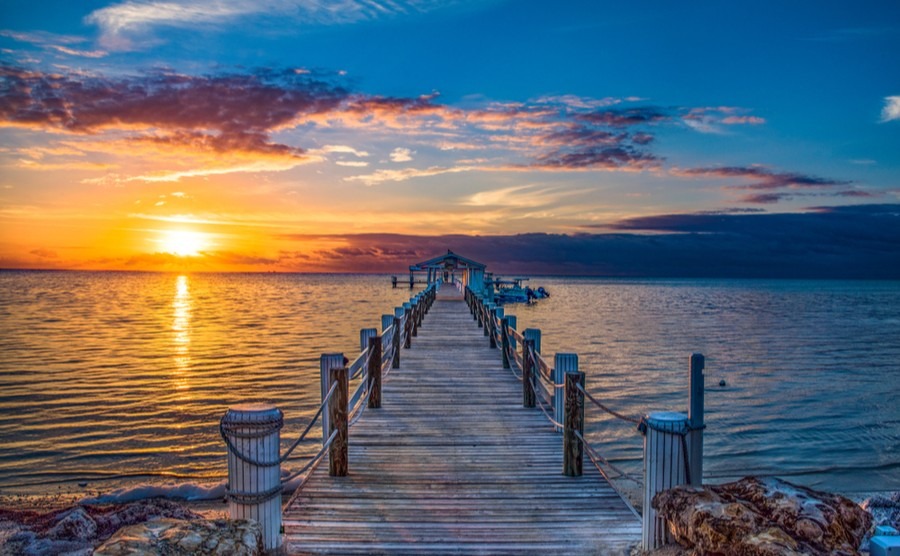 Sittin’ on the dock of the bay, on the Keys

The Florida Keys are divided into three sections – Upper, Middle and Lower. Key West is the largest town in the Florida Keys, which means it’s the liveliest and boasts the most bars, restaurants and cultural landmarks. If you plan on buying property in the Florida Keys to rent out to holidaymakers while you’re not in town, Key West presents the best option.

Davenport is a city in Polk County, where much of the best short-term rental property in the region is found. Located around 50 minutes from Orlando’s major attractions, the area offers a variety of both communities and resorts for purchasers to choose from.

We can put you in touch with a trusted property agent in Florida. Just click to be introduced for a no-obligation chat

That’s further than some want to travel but bear in mind that Davenport is on Interstate 4, ensuring easy access to Orlando, Disney, Tampa and Lakeland. Davenport itself has a charming town centre, as well as ChampionsGate Golf Resort and The Highlands Reserve Golf Club, one of the best in Florida.

Cambridge is just across the Charles River from Boston, so living here gives you access to the best of Boston, as well as all the delights of Cambridge itself. The city is home to Harvard, MIT and a whole host of fine educational establishments, earning it a reputation as the ‘intellectual capital of the world’ and guaranteeing interesting job opportunities. 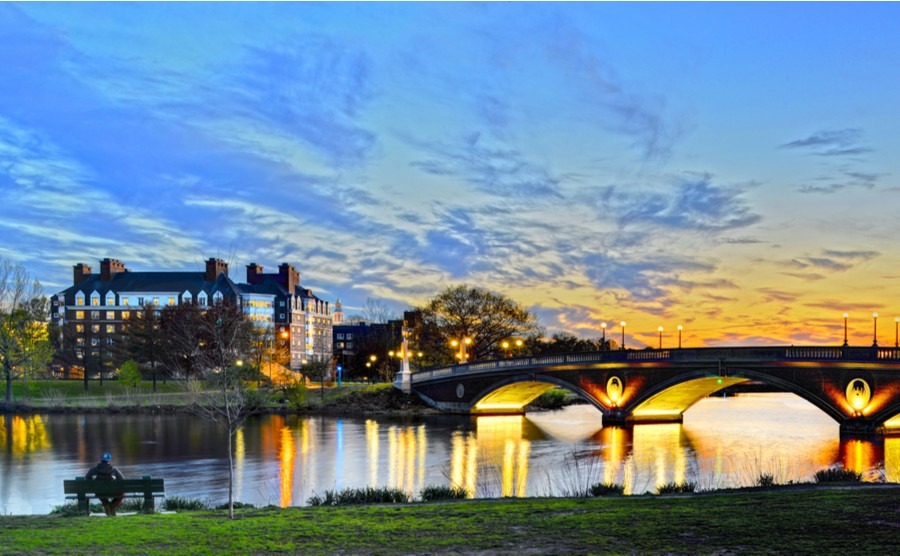 The young population ensures an excellent arts scene, with gigs, exhibitions, and events taking place every night of the week in the city’s eclectic and affordable galleries, restaurants and bars. Also, there are more than 16 parks and wetlands in Cambridge, making it popular with hikers and bird watchers.

Seattle is a beautiful city that offers plenty of perks for those looking to move to the USA. The city is located on the USA’s (more) liberal west coast, on the water. It’s just a couple of hours’ drive from both Vancouver and Portland. It boasts everything you need from a bustling city in terms of job opportunities, nightlife, events and culture.

The countryside surrounding the city is quite something and if you like sailing, kayaking or stand-up paddle boarding, Seattle really is your playground. Plus, there are great parks everywhere you look – from the rugged 534-acres of Discovery Park to the leafy delights of Washington Park Arboretum.

We work with trusted law firms whom we can put you in touch with to get impartial legal advice on buying in the USA.