Miami is more than just a playground of the rich and famous, it’s a sporting hotspot, beloved by the world’s tennis elite from Fred Perry to Serena Williams. See their homes in Miami and the tennis property in Florida that you can buy.

Miami has long been a playground for the rich and famous. The city itself isn’t one of America’s largest, with fewer than 500,000 people. But it more than packs its punch socially and culturally, rivalling New York City and L.A. and earning the nickname the “capital of Latin America”.

So quickly has Miami’s influence grown that it’s also gained the nickname “the Magic City”, while avoiding much of the crime and grim underbelly of some US cities. That could be down to the sunny weather and the beauty of its setting across bays and beaches. Miami is home to cruise ships and South Beach, Will Smith and Miami Vice. No wonder it attracts the A-list celebrities – it’s just gorgeous!

When it comes to sport the city punches above its weight too. Miami is home to a variety of top teams, with the Miami Dolphins in American football (the NFL), Miami Heat in basketball in the NBA and Miami Marlins in baseball (MLB).

Brits have got involved too, with David Beckham helping to finance and set up the Inter Miami soccer team.

This year saw the arrival of Formula One in Miami, with the inaugural Miami Grand Prix in May 2022 won by Max Verstappen.

Tennis is a bit part of Florida life. It attracts tennis stars young, with several high profile tennis academies. If you saw King Richard, the movie about the rise of the Williams sisters, you’ll know that they moved to Florida to be coaches at the Rick Macci Tennis Academy just outside Miami. 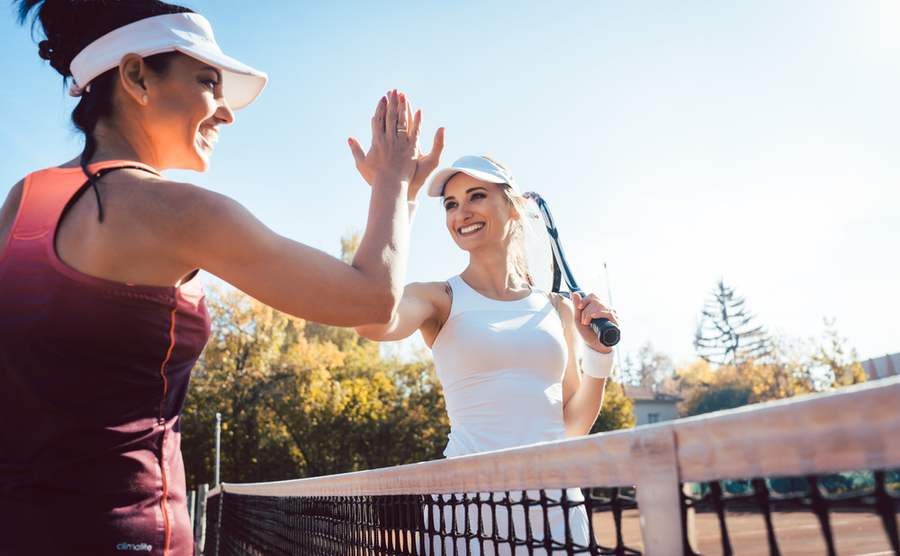 A healthy lifestyle in your tennis property in Miami, Florida

The Miami Open is one of the biggest events outside the four grand slams. Andy Murray has won it twice and been runner up twice.

So, both for convenience and for investment in a rapidly growing city, no wonder that several tennis stars have bought homes in Miami. For many sporting celebrities, with careers being so short, getting established in real estate in a boom town like Miami is the key to long-term financial security.

Novak Djokovic bought a $6million, three-bedroom apartment at Eighty Seven Park, designed by Renzo Piano (who also designed The Shard in London). Djokovic said: “I simply love design of the building. This is an unexpected location in a neighbourhood that’s rapidly growing. It will be my new retreat.”

Andy Murray bought his four-bedroom apartment back in 2008 for $1.6 million and sold it in 2017 for $2.4million. He used it as his base for off-season training in the warmth of Florida. The 48-storey building featured a fitness centre, valet services, a rooftop lounge and two swimming pools.

In buying it, Britain’s first male Wimbledon winner since 1938 was following in the footsteps of his long-time predecessor Fred perry who also moved here.

Multiple grand slam winners, Serena and Venus Williams have lived in the Florida from a very young age. Their parents moved them from California to West Palm Beach to focus more on their tennis careers. Serena now lives with her husband and daughter in her Miami home that was designed by her sister’s interior design company V Starr. The 14,500 square foot home features an art gallery, and karaoke room. 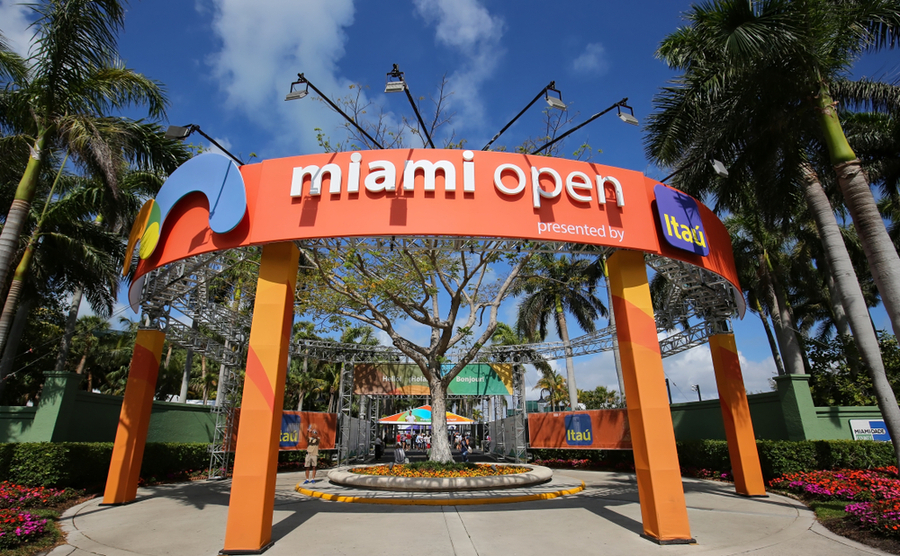 Your own tennis property in Miami

If you are interested in buying your own tennis property in Miami, then now is the perfect time to do it. Due to the low mortgage rates and pent-up demand, you can have an easy-going property search and feel no stress buying your dream home.

With a tropical climate and a hospitable atmosphere, Miami’s magnetic attraction for overseas residents continue to ris

The properties are mostly located in the heart of the city and range from as low as $400,000 to $10 million. Living in these houses will give you the opportunity to enjoy the serene American lifestyle in contrast with the thrill of the extravagant nightlife.

The tennis clubs are simple to get around on foot and are an excellent way to get active and meet new people. There are over 250 tennis courts in the city – from the cost-efficient clubs to classier private courts like the Bay Park Towers.