The latest news from France

What’s going on across the Channel? We bring you the latest news from France, including the lead up to the Presidential election and a COVID-19 update.

At the end of last week, France reported 332,398 new Covid-19 cases, with the figures falling for a fifth day in a row. The number of patients in intensive care with Covid also dropped by 22. Despite this, infections are still high, with 3,526 recorded in the last 7 days compared to 917 in the UK.

France has also announced that Covid restrictions will be eased slightly from tomorrow, with working from home guidance dropped and mask wearing no longer mandatory outside. Nightclubs will reopen from February 16.

The French government has now made it legally mandatory to be vaccinated in order to access certain events and establishments, including theme parks, restaurants, bars, long distance transport and cultural events. A negative Covid test is no longer acceptable.

Around 90% of the French population over 12 are fully vaccinated, meaning that they have had two doses of AstraZeneca, Pfizer or Moderna vaccines more than one week ago, or a single dose of Janssen one month ago (28 days). If the final dose was more than 7 months ago, a booster is mandatory.

Part of Emmanuel Macron’s Presidential campaign is to take a hard stance towards the unvaccinated, hence the introduction of legally required Covid passes. The first round of the election will take place in April and Macron is currently ahead in the polls. However, historically the polls have been inaccurate and the political landscape in France is volatile.

The far-right’s Marine Le Pen is predicted to be the runner-up, with all left-wing candidates expected to be eliminated after the first round. Despite this, news emerged recently that some of Marine le Pen’s allies have defected to the Eric Zemmour camp instead, due to beliefs that Le Pen has no chance of winning the election.

There has been a surge in TV programs in France about crackdown on illegally built swimming pools. This comes after the government teamed up with Google last year and have begun to use drones to identify those who have failed to declare property improvements. This includes anyone who has illegally installed swimming pools, extensions, garages, tennis courts and so on, without planning permission.

In time, this approach will, no doubt, raise questions over privacy and drone laws. But for now, if you are thinking of making improvements to your French property, why not familiarise yourself with planning permission laws in France? 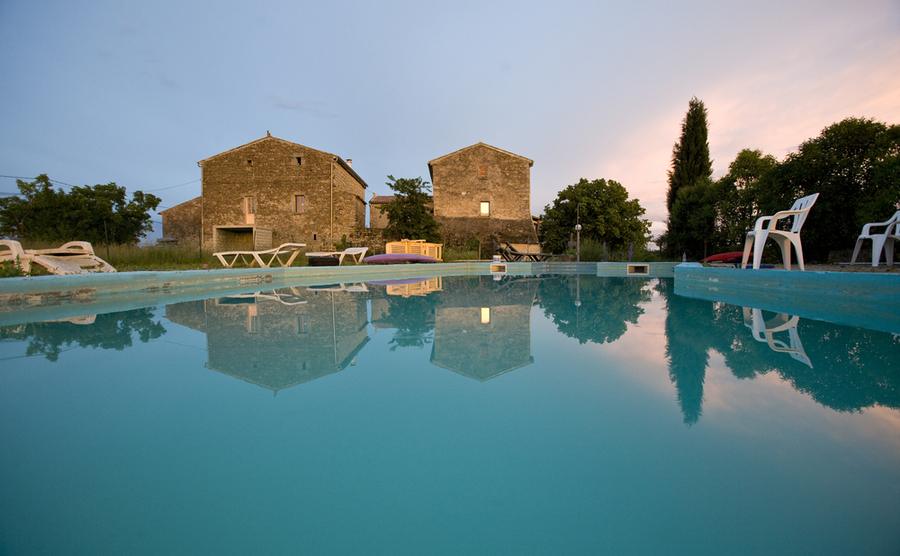 The French government is cracking down on illegal swimming pools.

Plans to spruce up Paris

The Parisian authorities have released a ‘manifesto for beauty’, which is a campaign to reduce litter and other unsightly features across the Parisian landscape. This manifesto was sparked by the #SaccageParis social media hashtag that emerged last year, where people would post photos of rubbish, badly maintained green areas, old benches and more all over Paris.

Changes so far include scrapping an initiative from 2015, which allowed Parisians to plant flowers in the street. Many of these little gardens are now unkept and filled with rubbish. Temporary road markings that were implemented during lockdown will also be removed.