Five years to the Paris Olympics

A century after the Olympics were held in the City of Light, Paris will again celebrate sporting excellence by welcoming the Olympic flame in 2024. And this time, it won’t just be sports fans cheering, it will also be property owners.  For those quickly off the blocks, those buying investment property in Paris will be blessed with a golden opportunity to enjoy the games and enjoy a substantial uplift in value.

A glittering future for investment property in Paris

Whereas in 1924, the Olympic village comprised temporary wooden chalets boasting rudimentary living space and running water, with just a restaurant, hairdressers and post office for amusement, the 2024 Games will be a much grander affair.  An 86,000-acre village in which competitors will live for the duration of the games is set to be transformed into a residential development once the Games are over, providing nearly 5,000 new homes. 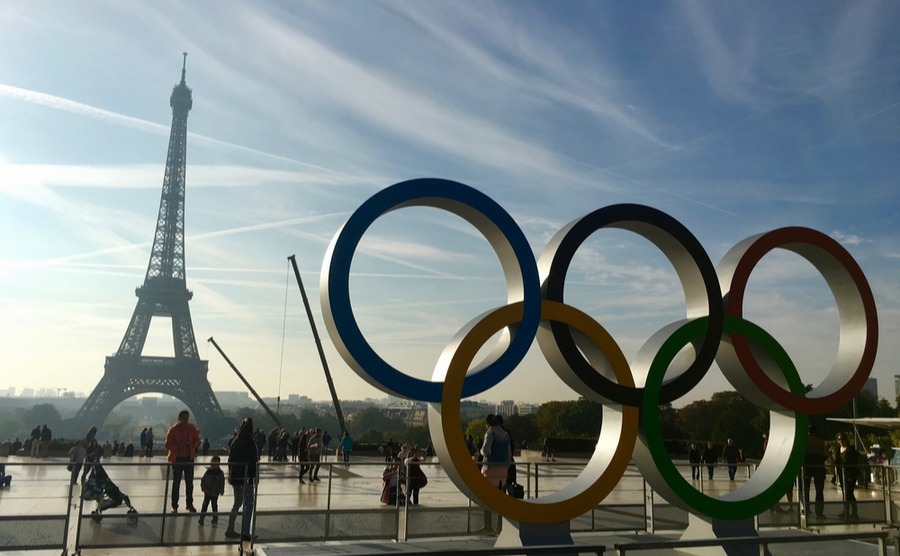 The Olympics could prove a huge boost to Paris property prices in key areas.

What’s more, Paris’ most delightful locations will be the sites for 22 sports, with beach volleyball planned under the shadow of the Eiffel tower on the Champ de Mars, fencing at the iconic Grand Palais on the Champs-Elysées, equestrian sports in the Chateau of Versailles and tennis at the Roland Garros stadium.

When London played host to the Olympic Games in 2012, formerly neglected parts of the capital became desirable areas for house buyers and investors. The London Olympics had a huge impact on the property prices of East London – Lloyds data shows that prices rose 53% between the end of the games and 2016 in the area around Queen Elizabeth Olympic Park. If you had bought a home five years before the Olympics and sold it today, you’d be very happy indeed, with a handsome return on your initial investment!

You don’t want your investment to lose value because of a drop in the currency markets – especially when it’s so easy to control. Find out how in our partner Smart Currency Exchange’s guide, The Property Buyer’s Guide to Currency.

Paris is already planning major, city-wide investment in infrastructure and urban regeneration projects alongside its designs for the Olympic Games. For example, the Grand Paris Express rail project will extend 200km of railways and 68 metro stations in the capital, with four new lines circling Paris and connections to her three airports, business districts and innovation hubs.

The Grand Paris Express rail project will extend 200km of railways and 68 metro stations in the capital, with four new lines circling Paris and connections to her three airports, business districts and innovation hubs.

Speedier transport links mean that more affordable, outlying areas will quickly become within easy reach of the beating heart of this most beautiful city, and the project has the potential to give Paris the highest-performing transport network in the world by 2024.  Coupled with these enhancements, there are major plans to upgrade inner-city areas along the Seine riverbank to accommodate artistic, gastronomic and entrepreneurial activities.

With Emanuel Macron proving to be an internationalist president with a vision to create a hub for citizens and business alike, the Paris Games will only enhance the city’s reputation as a stable investment prospect thanks to the feel-good effect that benefitted London in 2012.

The impact of the 2024 games will be felt right across the Paris and beyond, with the principal focus on the neighbouring areas of Paris City and Saint-Denis to the North East. The infrastructure needs for the Games are largely already in place, and temporary locations will be constructed at landmark sites already well served by public transport and graced with breath-taking architecture such as the Eiffel Tower and Grand Palais. 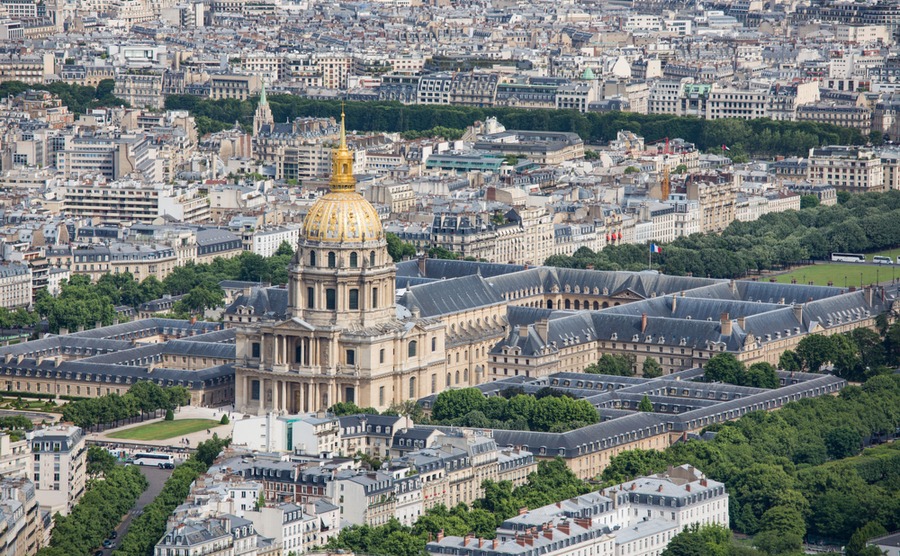 Here’s a snapshot at the principal Olympic sites to whet your appetite:

For those already living in Paris, the economic impact is likely to be immediate, with urban regeneration driving additional property growth and changing the image of once-neglected areas like Seine-Saint-Denis and neighbouring quartiers.

The economic impact is likely to be immediate, with urban regeneration driving additional property growth and changing the image of once-neglected areas like Seine-Saint-Denis and neighbouring quartiers.

Saint-Denis will be at the epicentre of two major new builds – an aquatics centre, and the Olympic village itself that will accommodate the athletes during the games. Property prices in Saint-Denis have already climbed 14% in 10 years – even after the falls of 2012 – and are likely to skyrocket once this once-neglected area close to the centre of the City is regenerated. The nearby area of Le Pleyel is also the focus for commercial redevelopment, with office and industrial projects already underway.

Currently, if you are looking for investment property in Paris, you will find that property prices in Saint-Denis are about 30% lower than more desirable locations, offering the potential for substantial returns on residential property as well as commercial letting.

Areas along the River Seine are also the target for a major clean-up, with exciting projects to attract residents and tourists alike in the pipeline.

Don’t miss your free insider guide, How to Negotiate Abroad, for help and advice from estate agents on getting the best possible price for your investment.

This vibrant little island town between Seine-Saint-Denis and Hauts-de-Seine is a small strip of land with more than seven kilometres of riverbank and three bridges connecting it to the wider city area.

Housing, parkland and historic industrial and business districts are nestled together on this fortress island, constructed to prevent the hostile Normans from moving inland from the fertile plains. Its centrepiece is the pretty park, where impressionist painters like Seurat composed stunning landscapes of the river, and workers enjoyed a break from factory life by bathing in the cooling waters of the Seine. It also boasts the outlet centre of Marques Avenue, where you can find major brands at knock-down prices. If you’re looking for investment property in Paris, then the Île-Saint-Denis offers the chance to enjoy the lively atmosphere of an island-town, while remaining close to the centre of Paris.

The birthplace of gothic art, and resting place of the Kings of France, Saint-Denis has long been a place of pilgrimage and reflection. With a stunning basilica and abbey, this medieval city at the gates of Paris once attracted merchants from all over Europe, who came to sell their wares at the historic Saint-Denis market. The market now comprises over 300 fixed stands, where you can discover rare and exotic food from all over the world, including fresh produce from the surrounding areas and the last local market gardener in the area. 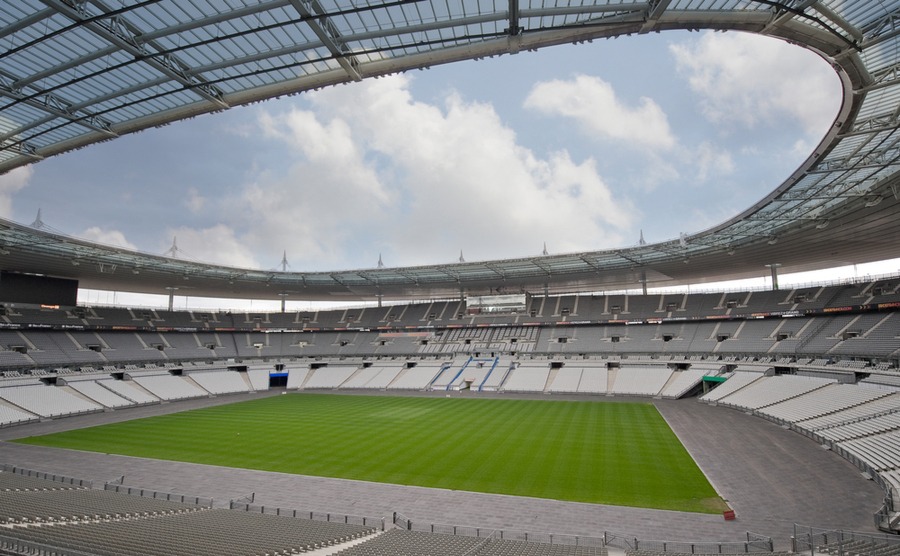 Saint-Denis, a working-class district already home to the Stade de France, is going to see more exciting development in time for the Olympics.

The ‘Reinvent the Seine’ project

This exciting project will see 13 formerly unused spaces throughout the greater Paris region transformed into offices, co-working spaces, hotels, homes and restaurants. From electronic cabarets, to artisan breweries and green sites for growing fresh fruit and vegetables, these new developments concentrated along the banks of the River Seine are intended to breathe new life into the inner city. These will provide prime opportunities for individuals to acquire investment property in Paris within already well-established real estate hotspots.

Property prices in Saint-Denis have already climbed 14% in 10 years – even after the falls of 2012 – and are likely to skyrocket once this once-neglected area close to the centre of the City is regenerated.

On the Alexandre III bridge in the classy 8th arrondissement (average price €11,680), a proposed redevelopment includes theatre, music and sculpture space for locals and tourists to enjoy, while over in the up-and-coming 19th arrondissement (average price €8,110), a new warehouse conversion on the Canal L’Ourq will include trendy artisan brewing and breadmaking, a café, a fruit and vegetable market as well as a restaurant.

A green hub will be created on Avenue President Kennedy in the prestigious 16th arrondissement (average price €10,520) to exploit sustainable transport technologies, while in the family-orientated 15th arrondissement (average price €9,680),  the L’Arche project will host an aquatic complex, combining a floating, Olympic-length swimming pool, a multi-activity centre, a movable barge offering restaurants, squash courts, and children’s play areas. Once the clean-up of the river is completed, an open-air pool is also envisaged.

On the left bank of the river, between the Grand Palais and Les Invalides in the 7th arrondissement (average price €13,240), the Fluctuart project will be a massive floating centre celebrating fine art and related activities, open to the public all year-round.  On three levels, it will comprise artists studios, temporary exhibition space, a library, boutique and large open terrace with a covered bar area. Also planned are pop-up areas for cultural and artistic studios, children’s workshops (ideal for keeping the little ones out of your hair for an hour or two while you explore the stands!) and a market for local artists.

Property investment in Paris should not be limited to inner-city areas, or the surrounding towns and cities like Saint-Denis. The knock-on effects of the Olympic developments and new transport links will be of huge benefit to suburban areas, with inter-suburb travel time being halved, and once-isolated communes becoming appealing to those wanting the quieter life of the leafy suburbs combined with rapid links into the city. Some property experts anticipate a 10% to 15% short-term leap in suburban property prices once the new lines and stations are built, with gains of up to 40% over the longer term as these areas become established. For example, from 2019, there will be new links from Saint Lazare station in Paris to Port-Cardinet, Clichy and Saint-Ouen using the Metro Line 14 extension.

*Property prices shown are correct as of July 2019 and show the average price per square metre for an apartment.