Where to buy in Central France

Burgundy, Limousin, the Auvergne and Loire… they’re names to get the mouth watering! More international buyers are looking to the centre of France, but it is far from over-run. So what will a property cost you? We have all the latest data from French notaires, as well as some great tips on the best places to live. We’re also looking into how fast you can get here by plane as well as overland.

The climate in Central France varies, although having a continental rather than a maritime weather system, it’s generally drier than coastal areas. Hilly regions like the Auvergne are cooler in winter and snow is common – low-lying regions such as the Limousin are exceptionally sunny and relatively dry in summer.

For a no-obligation, friendly chat with a local estate agent and property lawyer, just click the link, fill in the form and we’ll do the rest!

The most popular area for foreign home-buyers in central France is the Limousin. This area saw an uplift of 47% in foreign property sales between 2015 and 2017, and comprises around 6% of total sales to British buyers. 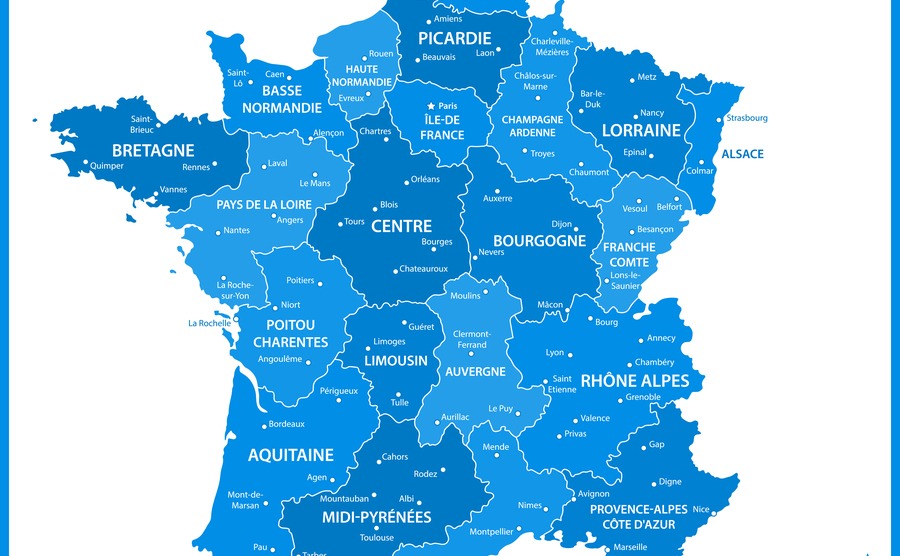 At the heart of historic France, the Centre stretches from south of the Île-de-France down to north of the Limousin and Auvergne-Rhône-Alpes regions. It is bordered by Normandy, the Pays de la Loire (easily confused with Centre-val de Loire, but Pays de la Loire is along the coast) and Poitou-Charentes to the West, and Burgundy to the East.

The proximity to Paris and its comparatively reasonable house prices are a big draw for property in Central France.

For many centuries, this region was the centre of the Kingdom of France, and a popular hunting area for royalty, hence the many beautiful chateaux. The capital (prefecture) is Orléans, on the Loire River. Other equally renowned cities in the region include Chartres, home to one of the world’s greatest cathedrals and a UNESCO world heritage site, and Tours, the largest city.

The main attraction for British buyers in the Centre is the Loire Valley, with its stunning châteaux, sweet, fruity wines, and historic cathedrals. Prices in the most northerly departements (Eure-et-Loire and Loiret) are pricier than most of their southern cousins, given their proximity to Paris. Indre-et-Loir that includes Tours is more expensive still, yet reasonably priced compared to other areas of France. The climate in the Central region is not too dissimilar to England. However, summers are usually warmer and sunnier. 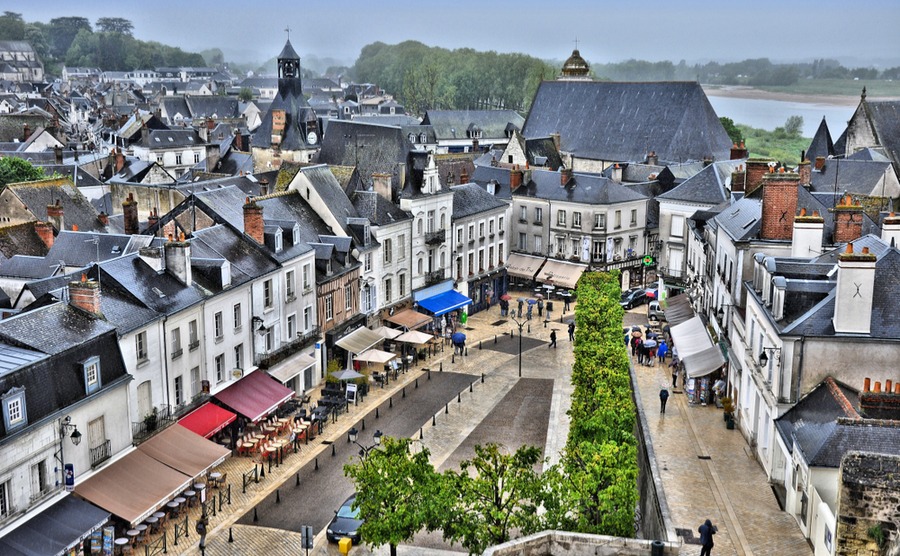 Access to Centre-Val de Loire by air is relatively easy. For the west of the region you can fly into Nantes from airports across the UK operated by Easyjet, Ryanair, and Flybe, or for the north and east via Paris. It might be easier to go by train, however. St Pancras to Paris is about two hours and continuing to Orleans another 80 minutes.

Explore our free insider guide, How to Negotiate Abroad, for help and advice from estate agents.

By ferry and car, the drive from Dieppe to Orleans, for example, takes about 3.5 hours. The Eurolines bus service visits Le Mans, Chartres, Orleans and Tours.

Burgundy has traditionally been popular with British buyers looking to purchase property in Central France, thanks to its gently rolling hills, bucolic lifestyle and fabulous food. 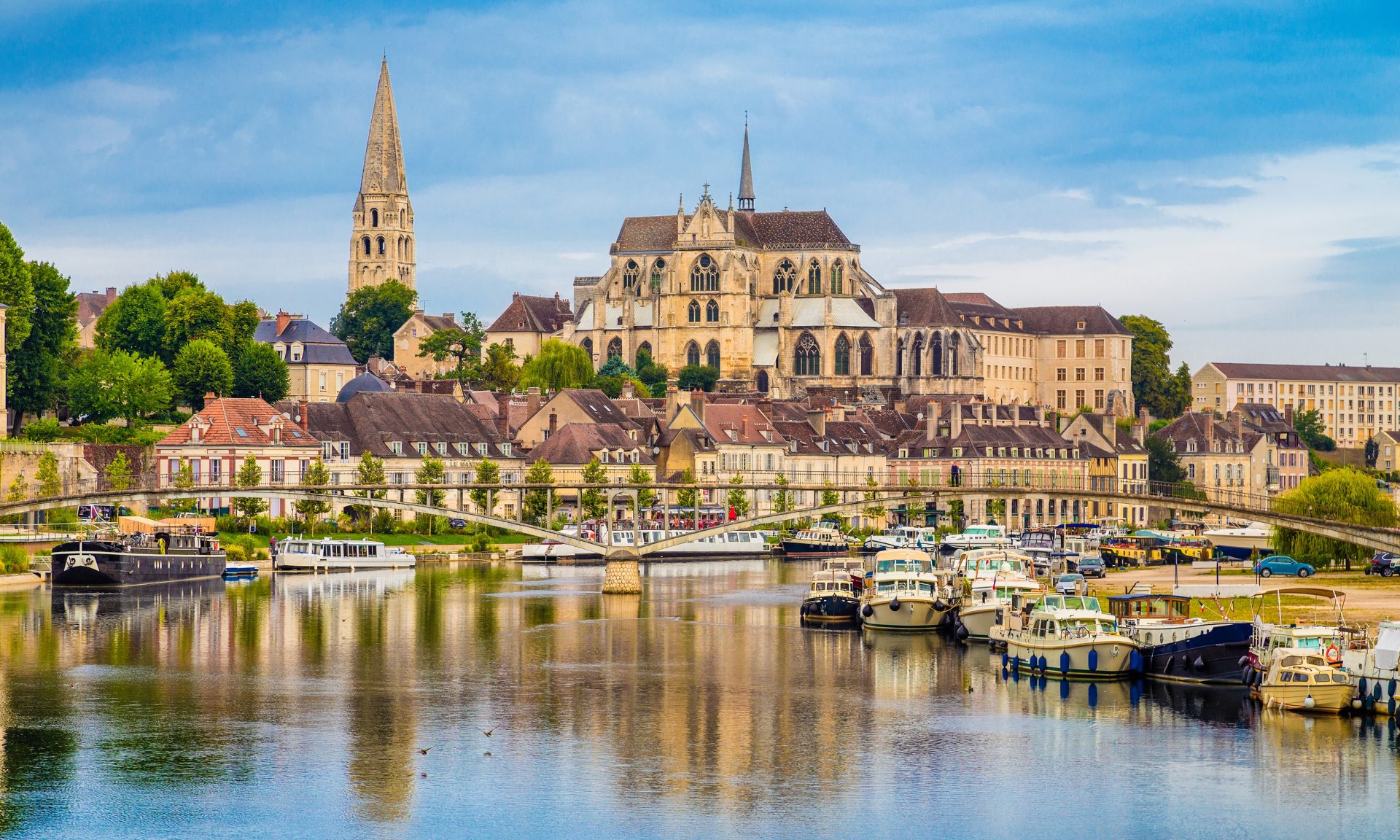 The historic town of Auxerre across the Yonne river in Burgundy.

One of Burgundy’s most attractive features is its gastronomic heritage, and it’s seen by many as the ideal retirement location, with a high quality of life. It has an extensive canal system, and boat-lovers will enjoy drifting down picturesque waterways though stunning countryside, sampling local wines and food along the way. There’s easy access to both Paris and Lyon.

The region is easy to access by air. Ryanair flies to Clermont-Ferrand in nearby Auvergne from London, while Lyon, also close to the region, is served by Easyjet, Ryanair, British Airways and Flybe from major UK cities. Dijon, Burgundy’s capital city, is easily accessible by fast train from Paris in less than two hours.

Equally, you will find that the area is easily accessible by road – especially from the northern ferry ports such as Calais. The A26, A5 and A43 can all take you into the region from across the country.

This region, located roughly at the heart of France, is a very competitively priced area and extremely popular with British homebuyers. If you’re looking to swap your flat in the south of England with a fairytale chateau in France (and still have some change left over), you’re looking in the right place.

If you’re looking to swap your flat in the south of England with a fairytale chateau in France (and still have some change left over), you’re looking in the right place

Limousin is blessed with a relatively unspoilt landscape of lakes, rivers and valleys, and charming medieval towns and villages. Its capital is Limoges, a city renowned for fine porcelain and enamel. The Val de Vienne racetrack at Le Vigeant, close to the city, is one of the best in the France, with 3,737 kilometres of track, and is a popular tourist destination. 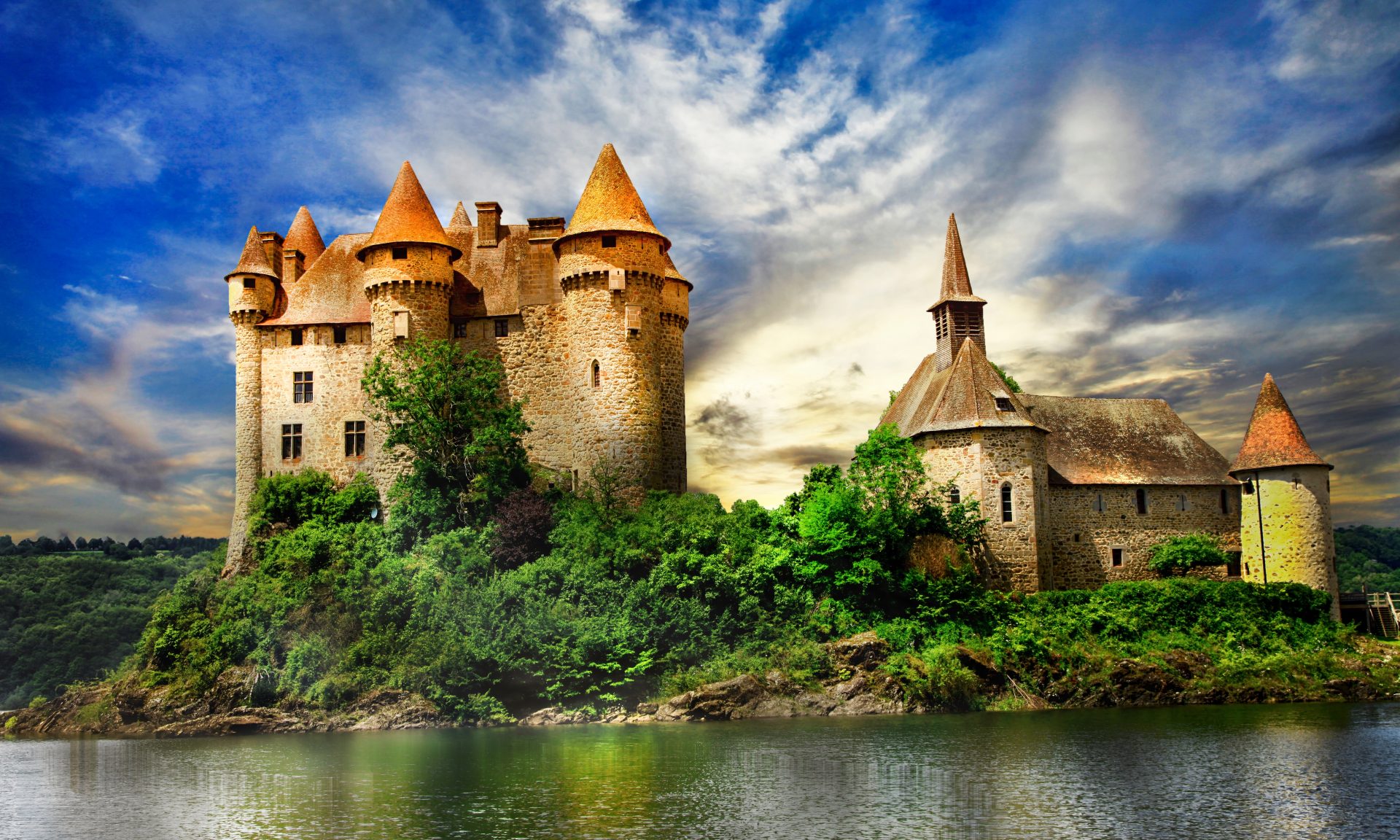 The region is one of the most sparsely populated in France, and is exceptionally rural in nature. It is, however, located between Lyon, Bordeaux, Paris and Toulouse, so is an ideal base for exploring the rest of the country.

Access by road is equally easy, thanks to autoroutes from Paris to Limoges and Clermont-Ferrand. 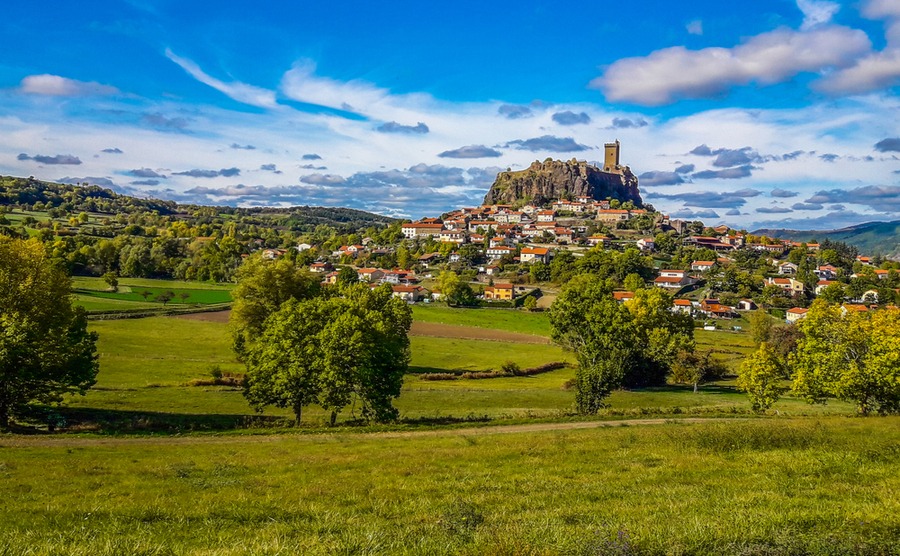 The Forteresse de Polignac, in the Auvergne

The Auvergne is known for its mountain ranges and more than 80 dormant volcanoes, offering spectacular walking country. This makes it a perfect location for outdoor enthusiasts looking to purchase property in Central France. There’s plenty to do for hikers, fishing enthusiasts, equestrians and lovers of nature alike. Its capital is Clermont-Ferrand – a stylish spa town that is also home to Michelin Tyres.

It’s also a good location for foodies (even compared to the fest of France!). The area produces excellent hard cheeses similar to Cheddar, and the gentle, Salers cattle that produce the milk for these specialities roam the hills, their cowbells tinkling among the gentian and blueberries that cloak the slopes of the Cantal.

Not only is the Auvergne an affordable location for property in Central France, it’s also a bit of a hidden gem. It’s part of the so-called ’empty diagonal’, a quiet, comparatively less populated zone cutting through central and southwest France.