Where is the best weather in Italy?

Many of us love Italy for its warm Mediterranean climate and seemingly endless summers. But there are wide variations between regions, so which part of Italy offers the most sunshine and the least rain?

Italy has such a varied landscape, that in many regions you can be on the beach in the morning and retire to a cooler spot in the mountains in the afternoon. The climate can have a big effect on your lifestyle, moods, health and overall quality of life. So it’s important to buy a property in an area that will make you feel good. 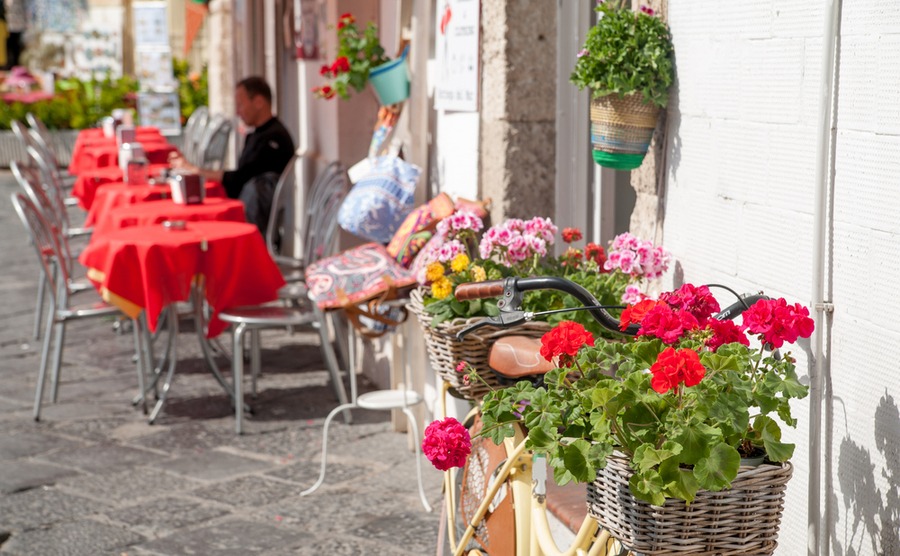 A pavement cafe in Syracusa, the sunniest corner of Italy

We’re having a particularly mild winter here in Italy. Even in February, today it’s bright and sunny with the temperature reaching 19°C in Apulia.

Taking a look at the forecasts across the country for today:

The iL Meteo website has reliable weather forecasts. You can search a particular location (cerca localita) and there’s also a section for average climate (Medie climatiche) showing temperatures, rainfall etc. for each month. You should note that these are average temperatures in the shade, but in reality it can be much hotter.

Like the landscape, the Italian climate is very varied. You’ll enjoy seeing the changes in the seasons and the fresh produce that arrives with each.

Temperatures and humidity can vary greatly even within a region. For example, the city of Caserta can get intense heat, but along the coast the sea breezes keep the temperatures more contained. In general, it is cold in the Alps, a mild continental climate in the Po Valley, cool and windy in the Apennines, and hot, along the coasts, in the south and on the islands.

A place in the sunshine

Well known locations for summer sunshine are the Islands of Sicily and Sardinia, and the mainland regions of Calabria and Apulia. However, all along the coastal areas facing the Tyrrhenian Sea you can enjoy dry hot summers, right from Campania and Lazio up to Tuscany and Liguria.

Summer temperatures can reach 35°C in the south. It’s too hot for some people, but you do get the benefit of longer summers and milder winters than in the north. Even in June and September, temperatures tend to be above 25°C and day time temperatures in winter rarely drop below 12°C.

However, if you buy a home on higher ground or right on the coast, where you can get a breeze, the temperatures can be a little cooler. The coastal areas on the east side of Italy also have great temperatures, although it can be windier, especially north of Pescara.

Of the hottest regions, Lazio has the least rainfall.

Interestingly, of the hottest regions, Lazio has the least rainfall and yet the neighbouring region of Campania has considerably more, especially in November. Much of that rainfall is likely to come in heavy downpours with a thunderstorm. They tend to pass over quite quickly. The wettest months are generally October and November, but you can also get some glorious days then too. You don’t mind rain when you know it’s likely to be sunny again the next day and you can see that the plants need the water.

In January, February and March the weather can change greatly even within one day. You could see a cool morning mist, followed by clear blue skies. Then around 4.30 the temperature suddenly drops and you rush to get in some wood for the fire!

The Liguria region, also known as the Italian Riviera, is a stretch of coastline running from the French border to the area around La Spezia. It includes the famous villages of the Cinque Terre. Because its shielded from cold winter winds by the mountains, the climate in coastal areas are temperate, featuring mild winters. The west of the region gets much less rain than in the east. In the province of Imperia near the French border you can even see botanical and exotic gardens.

The best weather in Italy

The news channel il sole 24 ore has used weather data to create a ranking of the best climates in 107 cities using ten indicators that measure the meteorological performances from 2008 to 2018. The top five, for hours of sunshine, were:

If staying dry is most vital for you, bear in mind that a city like Naples has almost twice as much rain as London The good thing is that it seems to all fall at one rather than drizzling all day!

The ten cities with the least days of rain were:

When considering other indicators such as foggy days, heatwaves, strong winds, humidity etc. they came up with a final list of those places considered to have the best all round weather for quality of life. The coastal towns ranked higher than those inland, and the South and the Islands beat the Centre and North.

SEARCH properties with the best weather in Italy.

With mild temperatures, scarce rain and 2,570 hours of sunshine annually, Imperia is considered to have the perfect climate to make you feel good

But the city which came top is actually Imperia, in western Liguria. Aided by the mild temperatures, the scarce rains and 2,570 hours of sunshine annually, Imperia is considered to have the perfect climate to make you feel good. 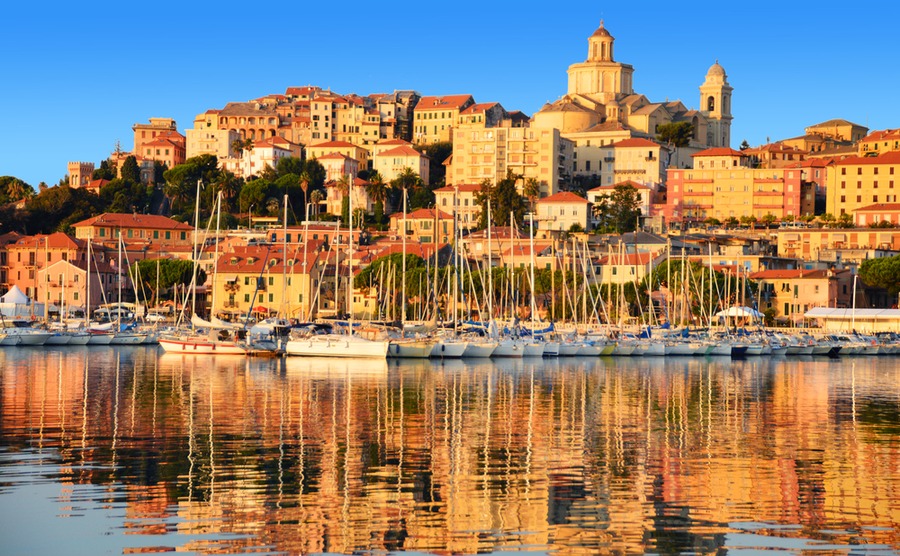 And the winner of best weather in Italy is Imperia, in Liguria. Here enjoying a sunrise…

Are you ready to see some Italian property? The download your free Italian Viewing Trip Guide today.

The sirocco is a hot wind from Africa, which in the south can raise the temperature to around 20°C (68 °F) or above in winter and 40°C in summer.

From June to August, during the hottest days of the sirocco, the temperature can reach as high as 43°C in parts of Sicily. Another frequent wind is the fresh mistral, which blows from the northwest and affects mainly the western areas. On the east side, you really notice when the Bora wind blows across the Adriatic from Central Europe. This wind is very cold, but thankfully only comes for short spells in the winter.

The best time to visit

The best time to plan a viewing trip is in the spring before it gets too hot. During the hottest six months of summer, some estate agents actually close their offices and go on holiday.

April, May and June are lovely months to hire a car and go and explore potential areas to buy a property. The sun often shines, nature is in bloom and temperatures are pleasant for walking about. Another good period is the first half of September. Between mid-September and mid-October, the temperatures are pleasantly warm, but you could get some rain. If you want a home in the sunshine, good places to start your search are Liguria, Sicily and Puglia.