Are you researching the Italy property market’s readiness for a house purchase this year? Here are four observations about what to expect in 2023 – something to read while you finish off the left-over bits of panettone…

Good news is that Italy’s market is comparatively buoyant. On a national level, signs point to a gradual levelling out, without the significant price drops predicted in other major economies. This is comforting news for future owners of property there. 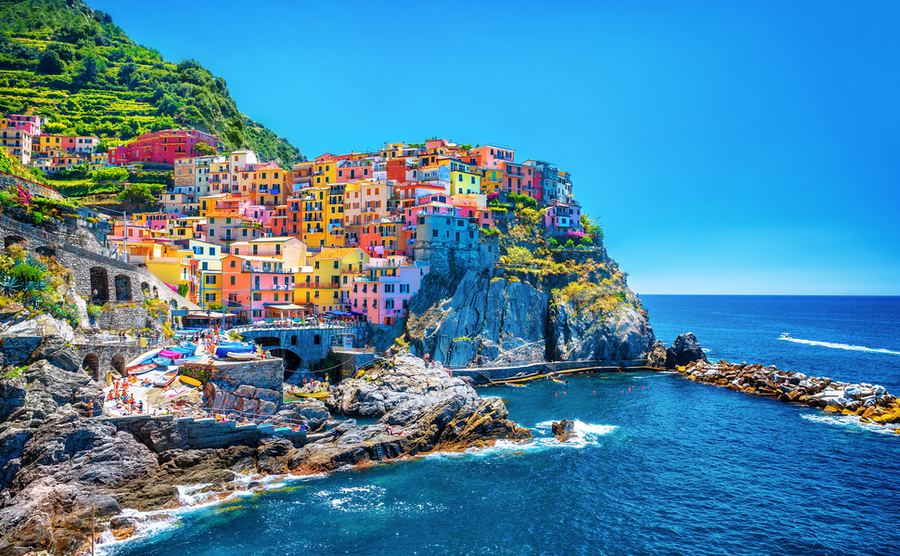 Statistics from global analyst Fitch Ratings forecasts nominal house price growth of between 0.5 per cent and one per cent across 2023 and 2024. While this is down from the 3.5 per cent growth estimated for 2022, Italy’s limited supply of homes should prevent nominal price falls, says Fitch, adding that the country’s housing stock, most of which comprises older properties, is still struggling to catch up with demand from the past three to four years. This is particularly evident in large metropolitan areas, where the supply of new properties is scarce. Like in most European states, demand won’t escape the negative effects of anticipated rises in interest rates and inflation.

Meanwhile, the latest House Price Index from Italy’s Office for National Statistics (ISTAT) confirms a slowing down of growth too. During the third quarter of 2022, average prices increased by three per cent year-on-year but fell by one per cent compared to the previous quarter. Looking at the first three quarters as a whole, average prices rose by three per cent compared to 2021. Expectations are for this figure to be less in 2023. 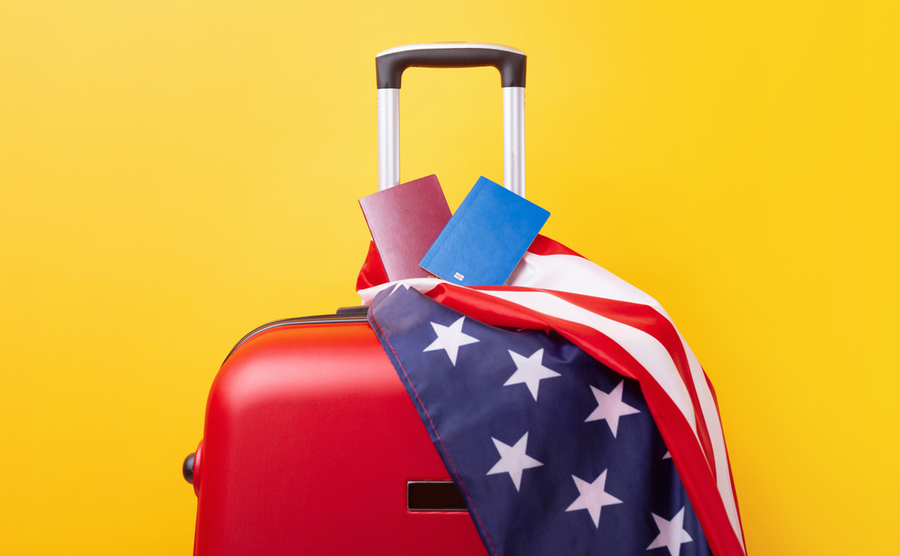 An American flag draped over a red suitcase

In certain areas of Italy, Brits should expect to rub shoulders with Americans during viewing trips. This is because buyers from across the Atlantic are taking advantage of the stronger dollar, remote working opportunities and low tax rates to relocate or own a second home in to enjoy la dolce vita, according to property agencies including Sotheby International Realty.

Expats and property-buyers from the US, whose source funds and income are in dollars, have seen their buying power in Italy rocket in recent months, thanks purely to the exchange rate. Equally attractive to Americans is that both high-net-worth-individuals and retirees with more average incomes can benefit from favourable flat tax rates in Italy. This is thanks to Italy’s ‘Special Tax Regime’, a collection of tax breaks introduced in recent years and targeted at inbound foreigners. Visa options in Italy include a Golden Visa for wealthy foreigners who wish to work or the Elective Residence Visa (ERV), or Visto per Residenza Elettiva, for retirees with average incomes.
American buyers tend to favour Lombardy and Piedmont, especially around Milan, Lake Como and Lake Garda, although the wine estates in this region are increasingly popular too. 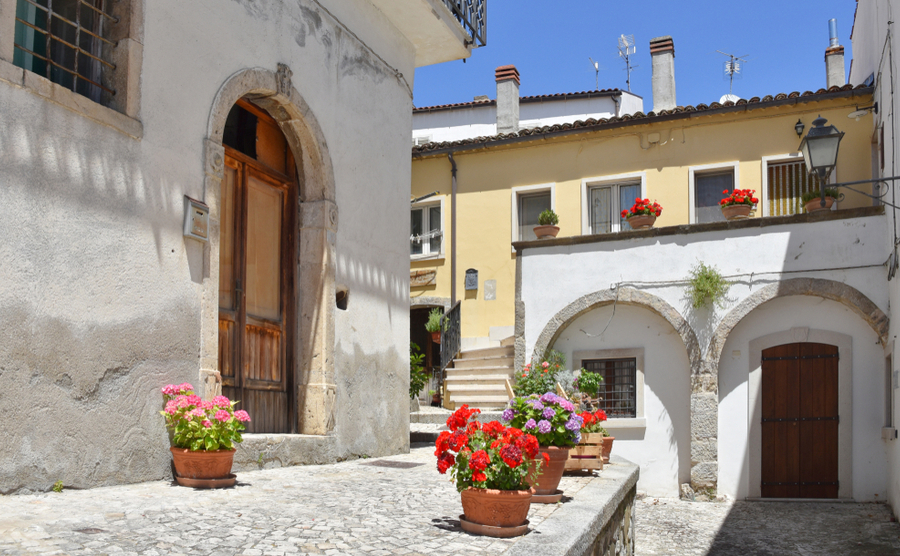 Roll up for a bargain home

Expect Italy to continue promoting its government-backed discount schemes, aimed at tempting foreign buyers to its sleepy inland villages by practically gifting them unloved properties or cash. A typical example sees selected homes offered for just €1, on condition the new owner spends money renovating the property and keeps the property for their own use. An uptick in interest in this type of scheme wouldn’t be surprising in 2023, following the launch of a TV series about celebs Amanda Holden and comedian Alan Carr taking on one such project. Amanda and Alan’s Italian Job kicks off on Friday 6th January (BBC One) and follows their progress buying and renovating a ‘one-euro home’ in Sicily. Read about someone who has already done it here: The man who said arrivederci to Jamie Oliver and ciao to a one-euro home in Italy – Italy Property Guides
Other recent schemes introduced last year – and continuing into 2023 – in towns in Puglia and Sardinia offer grants of €30,000 and €15,000 respectively to people who buy a property to reside in permanently. 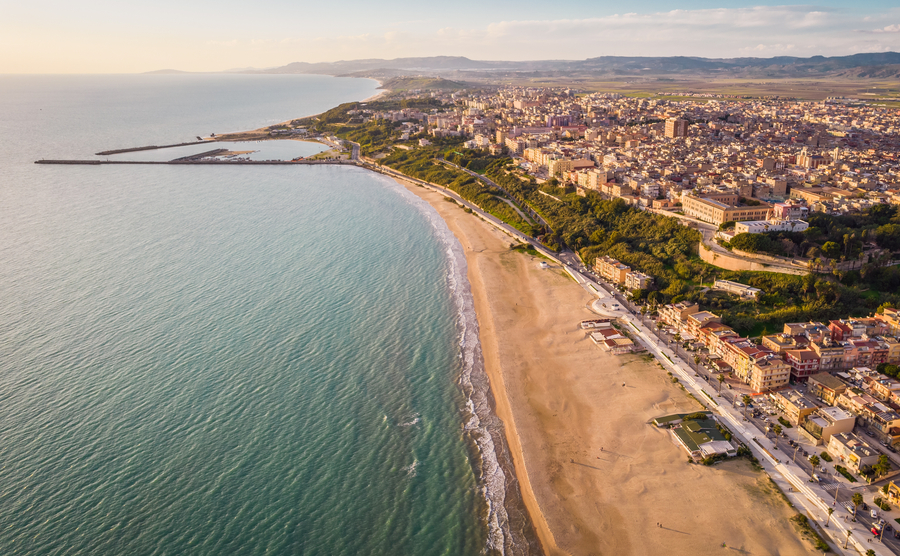 One to watch – Sicily

Already popular for its affordability and authenticity, Sicily’s international profile has been turbo-charged even more by the recent hit TV series The White Lotus. Filmed largely at a hotel in Taormina, a hilltop town near Mount Etna, as well as the charming baroque city of Noto, the black comedy-drama has caused tourist bookings in the area to rocket next year since the final episode aired in December. How long before interest in owning property there follows? Hence, we’re picking Sicily as potential hot spot for 2023 on the Italy property market.

Five Sicilian provinces are known for bargain property prices, namely Caltanissetta, Enna, Agrigento, Ragusa and Siracusa. Each has something special to offer. Siracusa (Syracuse) is home to the Hyblaean Mountains, golden, sandy beaches, and colourful towns. Agrigento is particularly famous for its wine and beaches with the ones around Torre Salsa, facing the Channel of Sicily, designated as natural reserves. In Sicily’s rural interior is Caltanissetta, often overlooked and ideal for a true country hideaway. Enna is also an inland province, notable for its historic towns and scenic countryside.