We’ve all heard about Italy’s one-euro homes, but in practice, does anyone ever buy one? And many of us have imagined starting afresh in a new country and making a real difference in the world. One man who moved from a flat in north London to Sicily shows just what opportunities are out there, at minimal cost, if you’re willing to be bold.

Danny McCubbin isn’t a bit sorry he sold his first home in Sicily for just one euro. After all, that’s what he paid for the doer-upper barely a year earlier. More importantly, he admits he may never have moved to Italy without the lure of such unusually cheap property.

Find homes in Sicily via our property portal.

Danny (57) had bought the house through an Italian scheme that lets local estate agents sell off deserted homes for a token euro. It was the springboard he needed to swap a busy life in London for an exciting new adventure in Italy.

Covid lockdowns meant things didn’t work out with that particular property. But Danny fell in love with where it was located, the pretty town of Mussomeli, on a hillside in the Sicilian interior. 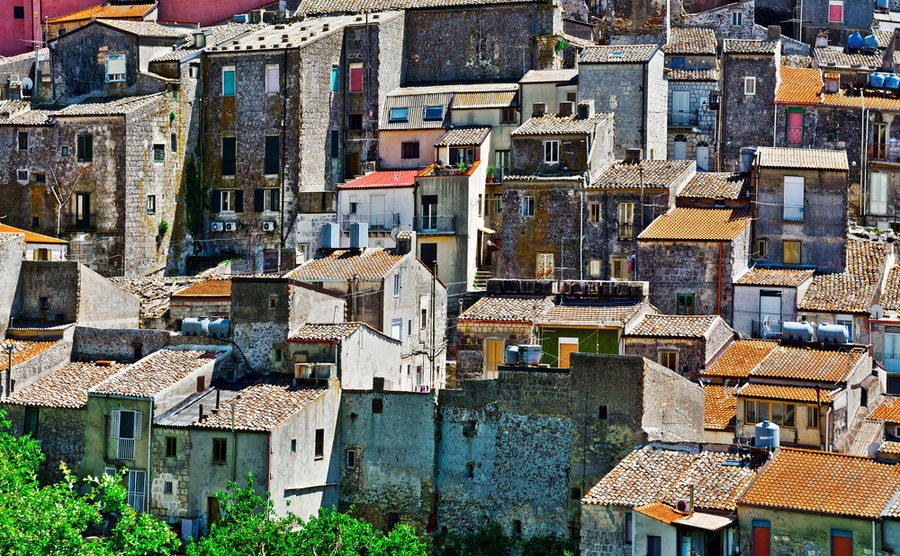 Your one-euro home in Mussomeli?

“So I’ve bought somewhere else,” said Danny, originally from Australia’s Gold Coast, by way of North London. “It’s a two-storey, one-bedroom house with a street-level garage. It cost €8,000 and I’ve spent around €5,000 on renovations, so it was still a bargain. Out here we’re calling properties like this ‘premium’ one-euro homes! The views from the balcony of the mountains and countryside are fantastic.”

The people here understand how foreigners can help breathe new life into their community.

He adds: “It’s in a really friendly neighbourhood, just 15 minutes’ walk from the town square. The whole town is very welcoming and the people here understand how foreigners can help breathe new life into their community.”

Not one to sit still, Danny has been busy achieving his other goal in Mussomeli. In August 2021 he opened a community kitchen, using crowdfunding to raise more than £21,000. Called The Good Kitchen, the premises are an old butcher’s shop on the main square which Danny rents for €150 a month.

“We prepare and offer free hot meals, as well as offer food parcels, hold kids’ cooking classes and train young chefs,” said Danny. “Elderly locals like to stop by for a coffee too. Mussomeli was once a busy farming community but today there is no real economy and most of the younger generation have deserted the town. One consequence is food poverty, made worse by Covid, with many people being fed by the Church. Hence, I decided to open The Good Kitchen. Recently we’ve been doing bits for the Ukrainian cause too.”

If you’re doing restoration work, lock in your exchange rate until the work is complete. Read the Property Buyers’ Guide to Currency, free to download.

It was through charity work that Danny’s passion for Italy blossomed. Before his move to Sicily, he lived in London for more than two decades and spent 16 years working for chef Jamie Oliver. He played a key part in opening Jamie’s original ‘Fifteen’ restaurant in London, a scheme that invited 15 disadvantaged youths to train as professional chefs. 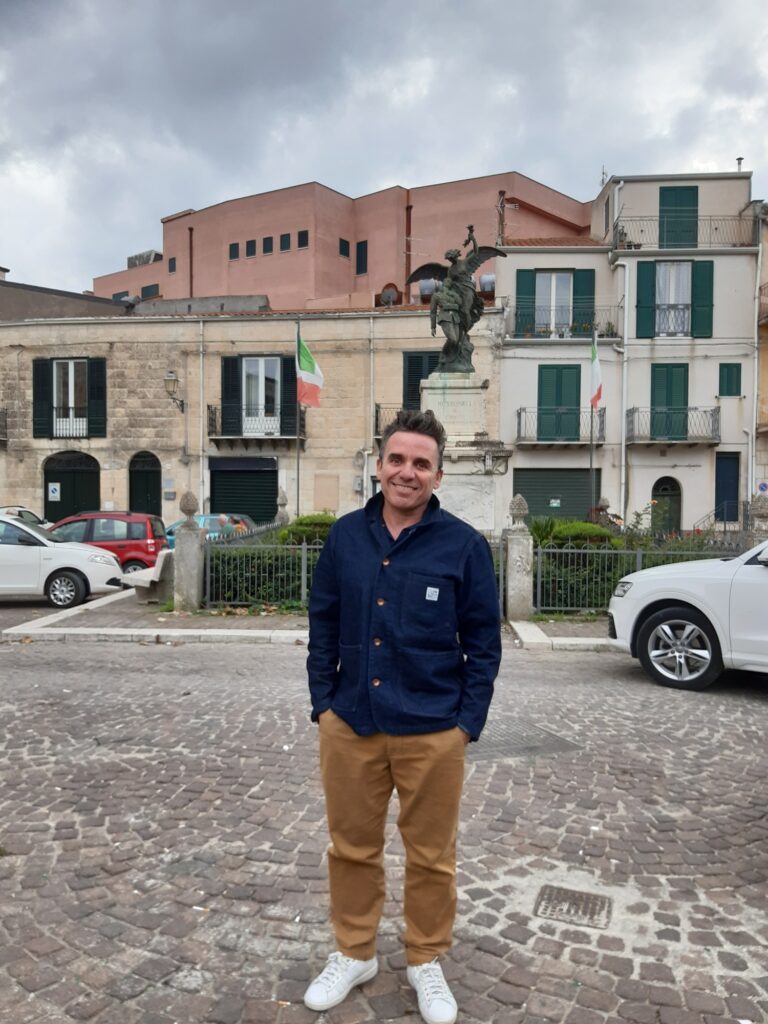 “While working for Jamie I got involved with a drug rehabilitation community in Italy, a project called San Patrignano in Emilia-Romagna,” enthused Danny. “I set up a collaboration with Fifteen which meant I was going back and forth there as a volunteer. Naturally, I began to fall in love with Italy and quickly realised that one day I’d like to live and set up my own community project here.”

The one-euro home in Italy

Danny’s trigger point came in 2019 when he discovered that Italian village houses were being offered for just one euro. There are usually conditions to restore them within three years and use them only for residential or tourism purposes. He was also conscious of Brexit and was keen to be in Italy before the transition period ended.

“So in May that year I flew to Italy to start house-hunting!” explained Danny. “I did three trips and it took 28 viewings before I found my property, which I agreed to buy for one euro in July that year.

“Mussomeli stood out because its rules for the one-euro homes scheme seemed less complicated than other towns and the English-speaking mayor was welcoming. I especially liked my house because it came with an old stable on the side, which I thought could be perfect for my community kitchen.”

Structurally, the house had solid foundations but there were leaks in the roof. Inside, the rooms had been left untouched since the previous owner passed away 15 years before. The living space included a bedroom and toilet on the first floor and a kitchen area on the second floor, with an attic space above. There was no bathroom and both power and water needed reconnecting. Architects estimated €15,000-€20,000 to restore the property. 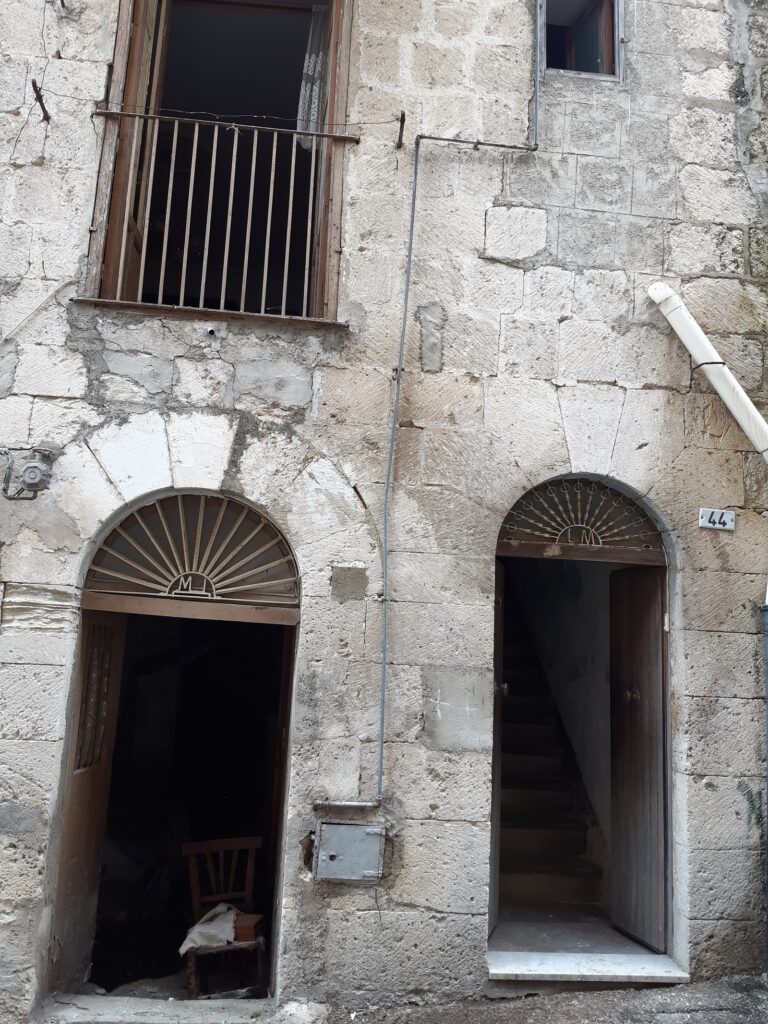 Not bad for one euro…

Eager to start his new life in Sicily, in October 2019 Danny resigned from his job with Jamie Oliver and flew back to Australia to visit friends and family. His plan was to head straight to Sicily in early 2020. Of course, the arrival of Covid meant he had to re-think everything.

“I still had my flat in Kensall Green so I went back to London in early 2020,” recounted Danny. “I made myself useful setting up community kitchens. It wasn’t until December that year that finally I was able to make a permanent move to Mussomelli. This meant I was able to apply for my residency before the end of the transition period on 31 December. My house wasn’t ready to live in then, so I rented a lovely house in the centre of town for just €300 a month.”

Ready to start the renovations on his dilapidated house, he began to realise things might not be as straight-forward as they first appeared. Just getting a builder to start work anytime soon was almost impossible. Italy had recently introduced its Super Bonus scheme, which provides subsidies for properties being upgraded, and this had caused a surge in demand for contractors.

When in September 2021 Danny did finally get a builder to look at his house, he had a nasty surprise. The cost to do the necessary work had doubled to around €28,000, due mainly to the extra damage from prolonged water ingress and the hike in the cost of materials.

“So I decided to sell the house back to the estate agency for one euro.” said Danny. “Really, my only loss was the value of the initial completion costs, about €3,000. It’s since been bought by an Argentinian couple.”

Considering the success of The Good Kitchen and the house that Danny now owns, he has nothing to be sorry about. In fact, he’s picked up lots of local knowledge along the way, which he happily shares with other foreign buyers, and has become a very welcome face around the winding narrow streets of Mussomeli. And how many people can say they’ve bought and sold a property for €1?

Read more about the opening of The Good Kitchen here. 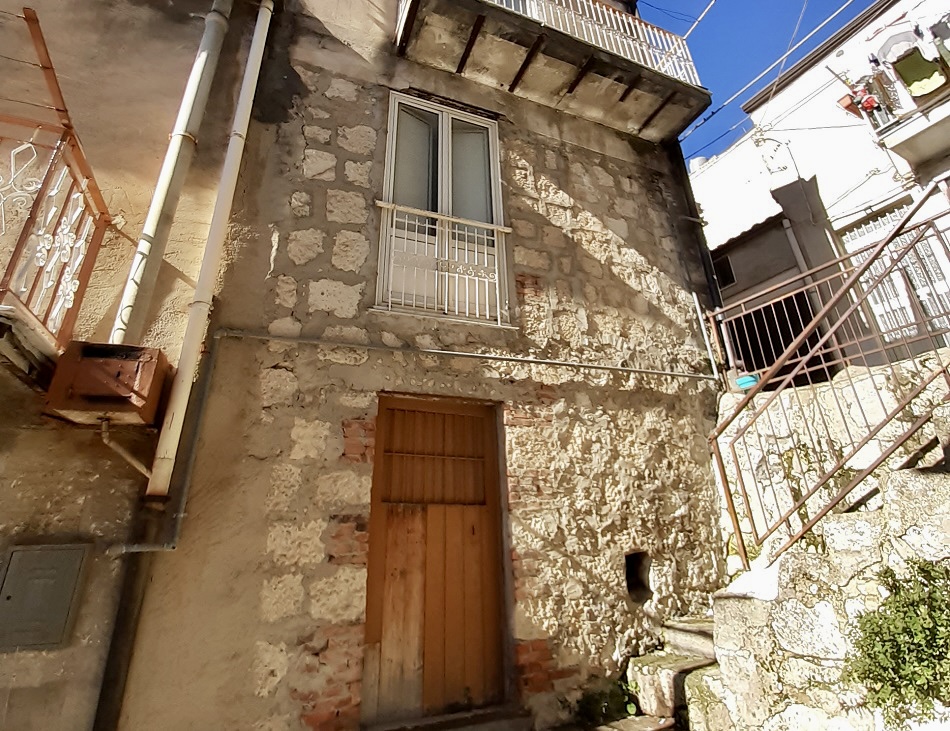