A new BBC TV show is set to rejuvenate a one-euro home in Italy and along with it the dream of many would-be expats to make the move to one of Italy’s prettiest – and most affordable – locations.

TV celebrities Amanda Holden and Alan Carr are renovating a house in a hilltop village in Sicily, for which they have paid the very uncelebrity-like total of one euro. It should be on TV later this year on BBC1.

Feature Italy in your TV series and you’re almost guaranteed to get the viewers. Whether restoring one-euro houses (casa a 1 euro in Italian), or discovering Italian cuisine, Italy always fascinates and inspires. Moreover, Italians love to share their pride and enthusiasm with interested foreigners.

Amanda and Alan: The Italian Job

Actress and TV star Amanda Holden is m,ost famous these days as a judge alongside Simon Cowell on Britain’s Got Talent. Stand-up comedian Alan Carr has more of a design background (or at least has hosted the TV show Interior Design Masters.

They came up with the idea to renovate a one-euro house in Italy, and the BBC have agreed to put their exploits on TV. But while the two British TV personalities are known for their enthusiasm and are good friends, will their friendship stand up to the pressure of an Italian renovation?

Filming has begun, and they hope the eight-part series, called Amanda and Alan: The Italian Job, will be ready to broadcast in the autumn. 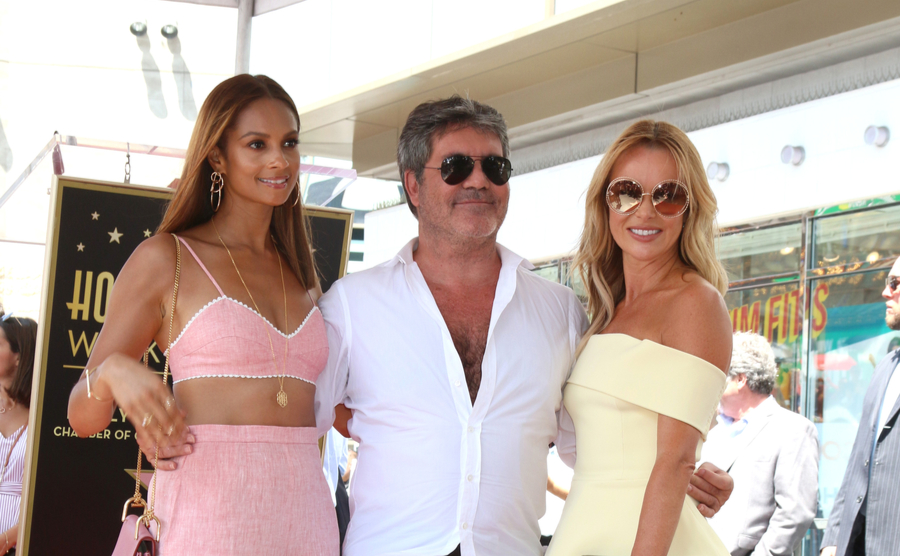 Those of us who have renovated in Italy, are thinking this may be a somewhat ambitious timeframe to renovate a property in Italy. Especially with the heat of summer arriving early this year. However, maybe having a camera crew in tow will help speed things up. It’s amazing how quickly a job can be done in ‘TV land’.

The series will follow Amanda and Alan through the process of buying a one-euro house in Sicily, through all the phases of the renovation and interior decoration. While both of them have some experience with renovating a property, neither have undertaken a job quite this challenging, or renovating an Italian property. There are sure to be plenty of laughs along the way.

Both Amanda and Alan claim to be up for getting their hands dirty and learning some new skills, such as plumbing and plastering. However, the focus will be on working alongside local tradespeople. The most enjoyable part – like for most people – is likely to be the decorating and furnishing. Of course, it’s not all hard work. They are also finding time to sneak out to meet the locals and explore the surrounding area.

We’ll be very hands on, injecting some life into an area of Sicily that’s in need of some Holden and Carr magic.

Amanda Holden says: “We are both very passionate about interior design and we’ll be very hands on, injecting some much-needed life into an area of Sicily that’s in need of some Holden and Carr magic. Although we’re on the same page most of the time, I’m more practical and organised than Alan. However, he’s up for some shameless bargaining so that will help us keep on budget!”

Could it be your own home?

They hope to complete the renovation by the end of summer. After which, they will sell the finished house, donating all profits to charity. So, keep an eye out for that one.

While the BBC announcement doesn’t mention the name of the village, the local Sicilian press were quick to spread the exciting news that a British TV Company, as prestigious as the BBC, were making a TV programme in town. The village is Salemi in the west of the island. This inland village is less than 50 minutes drive from the sea at both Trapani and Marsala. You can drive from the airport at Palermo in less than an hour. 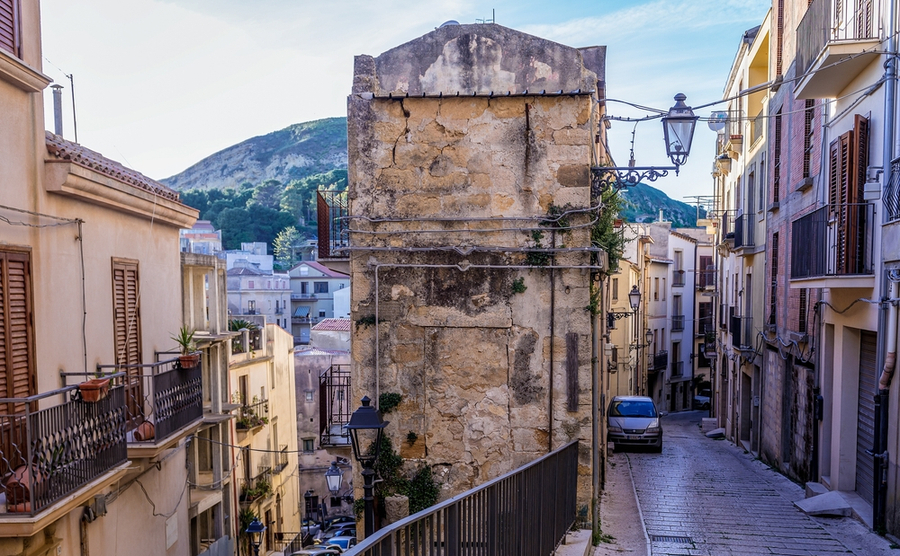 Salemi, Sicily, where Amanda and Alan are renovating (Fotokon / Shutterstock.com)

Salemi is typical of many other villages in Italy, in that you have the old town with a castle, church and narrow streets winding around a hill top. This is where you’ll find old buildings that have been abandoned and fallen into disrepair. That doesn’t mean they are total ghost towns, they often do have a small resident population and summer tourist visitors.

If you look on google earth you will often find another part to the town on lower ground with apartment buildings and wider roads. A stroll round the streets using “Street view” also reveals more shops, banks, bars and restaurants than you would find in an English village. The younger generations have simply either moved away for work and university, or prefer to live in an apartment with good parking.

The Mayor’s of these villages realise that to attract tourists and new residents they first need to sort out the run down look of some of the buildings. Get more people in and the  businesses and jobs will follow. In the village of Mussomeli, the 1 euro houses program has increased tourist visits from a couple hundred to several thousand each year, and has spurred public works such as parking facilities, LED street lamps, tennis courts, public attractions and the renovation of roads and pavements.

Such has been the success of the one-euro home programme that many towns have only a handful of properties left. Others have put them on hold while they wade through the hundreds of applications to buy. A list of villages that participate in the one-euro houses scheme can be found on the “1 euro houses” website.

One alternative is to spend a little more. While the villages of Cammarata and Mussomeli are continuing to advertise their remaining 1 euro houses, they are also shifting their attention to “other houses” that need a little less work doing to them. Prices tend to range from €5,000 to €20,000. Read how Danny said arriverderci to Jamie Oliver and bought a 1 euro house in Mussomeli, only to trade it in for a dearer one.

Many people who go to view the one-euro homes take one look at the dilapidated state of these properties and opt to spend more on something needing less work. They’d rather spend more money initially and be able to get started on installing a new kitchen and bathroom and decorating. Properties in Sicily can be found from €50,000 on our Property for Sale in Sicily page. 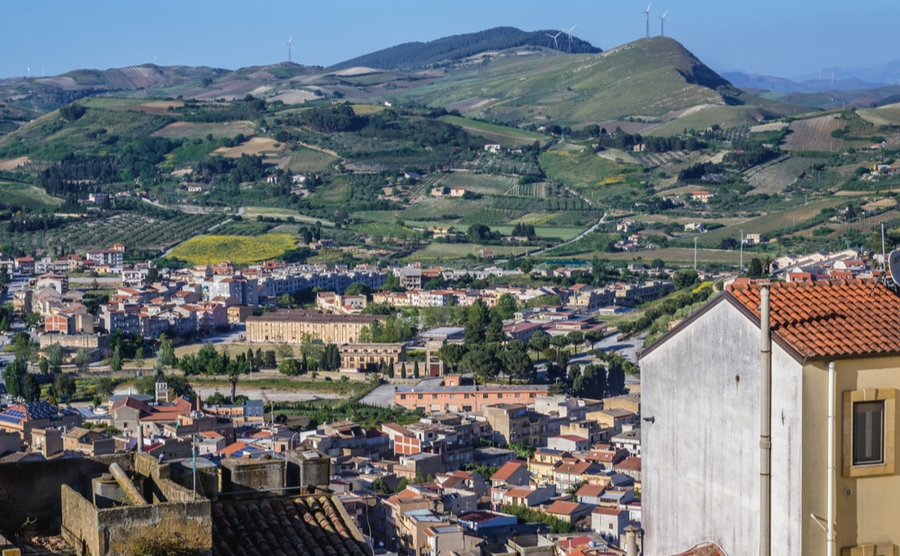 Salemi is in the Sicilian countryside, but close to the sea

Our American readers may have seen a similar programme on HGTV, which is also now available on Amazon Prime. My Big Italian Adventure follows Italian-American actress Lorraine Bracco (from The Sopranos) as she renovates her own one-euro house in Sambuca di Sicilia. Lorraine’s house needed a lot of structural work, but in the end she created a warm and welcoming home with partly exposed stone walls. Plus, it is located less than 30 minutes from the sea.

Rather less strenuous (and frustrating) we can’t talk about TV programmes featuring Italy without also mentioning Stanley Tucci: Searching for Italy. UK viewers can watch Series One on BBC iplayer, but we’re still waiting for a release date for Series Two. Despite it already having aired in the States.

If you love Italian food and all things Italian you’ll love this programme. In Series One Stanley visits Naples and the Amalfi Coast, Rome, Bologna, Milan, Tuscany and Sicily. In each place he discovers how passionate the Italians are about using local produce to create the most delicious meals. Due to the pandemic, only four episodes were made for the second series. They cover Venice, Piedmont, Umbria and… London. Yes, you read that right, London. Stanley visits Italian chefs that have opened restaurants in the English capital.