The leaders of the world’s seven biggest economies will be on the Italian island of Sicily at the weekend. While the leaders get down to businesses, the husbands and wives will be treated to a tour of Sicily. If you’re travelling to Italy expect delays due to increased security and customs checks.

The free-movement Schengen Agreement has been suspended in Italy until the 31st May to allow for increased security checks for the protection of everyone passing through all Italian airports, seaports and border crossings.

In the area of Taormina, Sicily, where the summit is to take place, over 7,000 police officers are making sure the area is safe from terrorists, protestors and hackers. President Donald Trump’s security requests are causing particular problems, as Taormina’s quaint little streets were not designed for long cavalcades of large American security vehicles. Trump’s security aren’t willing to use the smaller and more environmentally friendly electric cars on offer, as the hotel suggested, so he is likely to be seen making a his big entrance by helicopter.

The wives and husbands of the G7 leaders will also be treated to a helicopter ride, to see an aerial view of Mount Etna. While their partners attend the summit, Melania Trump and Philip May will be among those given a tour of the Greek Amphitheatre, Benedictine monastery and the city of Catania. A concert by the La Scala Philharmonic Orchestra from Milan is scheduled for the early evening, followed by a gala dinner hosted by the Italian President Sergio Mattarella. 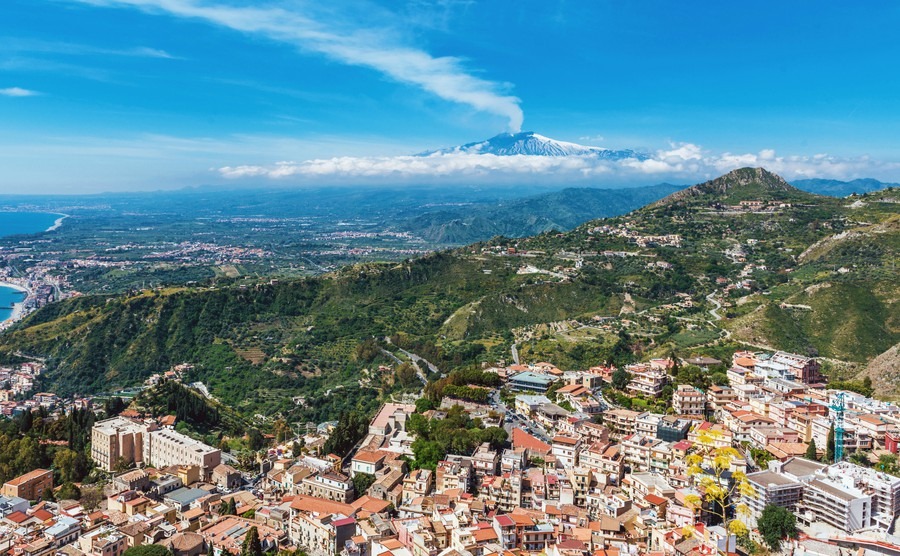 Taormina, Sicily with Mount Etna I the background

On the east coast of Sicily, perched on a hill side, is the town of Taormina. Tourists flock here in the summer to see the pretty streets and the Teatro Antico di Taormina, an ancient Greco-Roman theatre. The elevated position means that many of the houses and hotels have fantastic views of the sea, beaches and Mount Etna. A narrow stretch of sand connects the beach to a tiny island called “Isola Bella” which is a nature reserve.

Taormina is a popular summer destination for the wealthy and has some luxurious hotels. Most of the G7 Leaders are expected to be staying at the Grand Hotel Timeo, and then driven to the San Domenico Palace Hotel for the summit. After taking in those views, who knows, they may even be tempted to buy a holiday home here. There are villas for sale for around €1million, and apartments starting at €250,000. But, if you spread your search to the whole of the Messina province you will find well priced properties along the Giardini Naxos Sea Front and other towns around the coast, such as Milazzo. Take a look at what is available on Rightmove Overseas.

After taking in those views, they may even be tempted to buy a holiday home here.

Find homes in Sicily via our property portal.

Who will attend the G7 Summit?

The G7 is a forum for informal dialogue between the leaders of the world’s most advanced nations, who will discuss the global economy, foreign policy, security of citizens and environmental sustainability. Italian Prime Minister Paolo Gentiloni will welcome the following leaders to the G7 Summit in Taormina: Prime Minister Justin Trudeau (Canada), President Emmanuel Macron (France), Chancellor Angela Merkel (Germany), Prime Minister Shinzō Abe (Japan), Prime Minister Theresa May (United Kingdom) and President Donald Trump (United States), plus the President of the European Commission and the President of the Council of the European Union. During the second day, they will be joined by invited guest leaders from Ethiopia, Kenya, Nigeria and Tunisia. There are expected to be around 2,000 delegates in total, plus an equal number of journalists. The town itself only has a population of a little over 10,000. 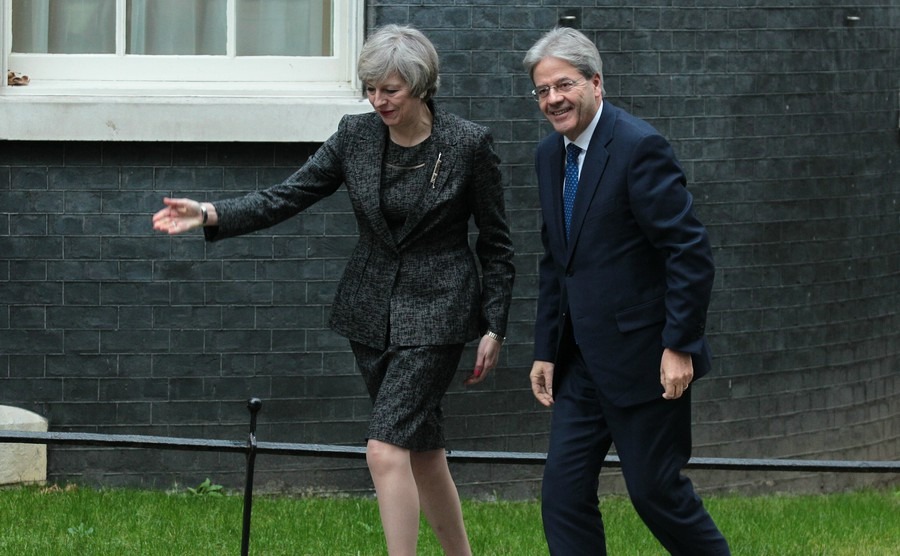 Italy holds the G7 presidency until the end of the year, making it responsible for proposing and identifying the group’s priorities, and hosting and organising the summit, including preparation of the final communique. This will summarise the main global issues debated during the year and highlight the pledges that the G7 Leaders have made regarding the political guidelines they intend to pursue together.

G7 ministerial meetings are taking place throughout the year at various locations across Italy, in towns with close ties to the area of discussion. Already there have been meetings in Florence (Culture), Rome (Energy), Lucca (Foreign Affairs) and Bari (Finance). Meetings still to come are in Bologna, 11th -12th June (Environment), Cagliari, 21st – 22nd June (Transport), Turin, 26th September to the 1st October (Industry/ICT, Science, Labour), Bergamo, 14th – 15th October (Agriculture) and finally Milan, 5th-6th November (Health). For this week, however, all eyes are on the pretty little town of Taormina and it’s VIP guests.