Italy’s Milan and Cortina d’Ampezzo have been chosen to host the 2026 Winter Olympics. Their successful joint bid will energise northern Italy and bring an influx of infrastructure spending. It should also boost the property market too. So where will events take place and what does it all mean for potential property buyers here?

Twenty years after Turin 2006 and 70 years since the 1956 Winter Games in Cortina d’Ampezzo, Italy is to welcome back the Winter Olympics. The Milan-Cortina bid greatly impressed the International Olympic Committee (IOC) with its combination of a big European city and a popular ski resort. Prime Minister Giuseppe Conte has said that the games will be an “important opportunity for the whole country”. He added: “The Milan-Cortina bid offered tradition and innovation.”

A ski property is the perfect option for a holiday home to share, so why not pool finances and buy with family or friends? Explore our guide, Buying Abroad with Family.

Over the next seven years we can expect a flow of money into the region. The project is being strongly backed by the private sector and national and local governments, who are putting their money where their mouth is. The venues will be in two of Italy’s wealthiest regions, Lombardy and Veneto, and the authorities here will underwrite much of the cost. The Winter Olympics are expected to cost €1.3 billion, but the IOC will contribute almost a billion towards that. Sponsorship, ticket sales etc. should cover much of the rest.

One of the most expensive elements will be the Olympic villages. Milan’s will be built as part of a wider regeneration project at the old Porta Romana Railway yard. Cortina plans to use temporary units. Sustainability and legacy are to be a priority, with 13 of the 14 Olympic facilities being existing or temporary structures.

Positive impact on the area

Matteo Salvini is reported as saying that the Winter Olympics will “create 20,000 jobs for the construction of new roads and sports facilities”. The influx of visitors will boost the local economy too, with hotels and shops benefitting in particular. The railway is also going to be upgraded, as well as improvements to the already excellent road network.

The extra publicity will be good news for home owners seeking a rental income from their Italian property.

The world spotlight will be on these regions of Italy not just for the weeks of the Winter Olympics (6 to 22 February, and 6 to 15 March for the Winter Paralympics), but for the periods before and after too. And this can only be good news for home-owners seeking a rental income from their Italian property.

Venues to look out for during your property search:

The opening ceremony will take place at the San Siro Stadium, also known as The Giuseppe Meazza stadium. The Piazza Duomo will be used as wonderful Medal Plaza. The figure skating and short track will be held at the Mediolanum Forum and the ice hockey at Palaltalia Santa Giulia and Milan hockey arena.

As well as the benefits of new infrastructures and the global interest created by the Winter Olympics there are many other great reasons to buy property here. Milan is already famous for fashion and design, the Duomo cathedral, the Italian stock exchange and an innovative business district. Milan’s airports bring tourists and business people from all the major cities in the world. Its excellent road and rail links make it easy to visit other top Italian destinations too, such as the lakes, Venice, Cinque Terre, Turin and Florence. 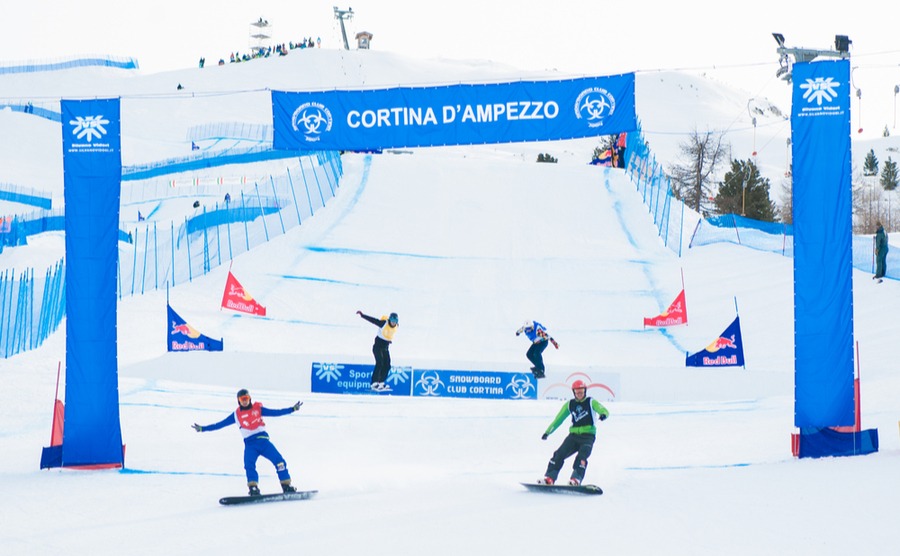 The alpine skiing will take place at the Olimpia delle Tofane slope. Bobsleigh, luge and skeleton will be at Pista Eugenio Monti. Curling will be at Stadio Olimpico del Ghiaccio and the biathlon at the Sudtirol Arena, Antholz. Cortina is recognised as one of the most beautiful mountain resorts in the Alps with high-quality winter sports facilities. Visitors also enjoy the many events held here including concerts and art exhibitions. With the jagged peaks of the Dolomites as a backdrop and surrounded by outstanding natural beauty it’s an amazing location to own a property that can be enjoyed in every season.

Alpine skiing will be at Stelvio slope, Bormio, snowboarding and freestyle skiing at Livigno, ski jumping and Nordic combined at Predazzo, cross-country skiing at Tesero and speed skating at Baselga di Pine. Finally, the Winter Olympic athletes will come together in one of the most spectacular Roman amphitheatres in Italy, for the closing ceremony. The Arena in Verona, built in the first century, will provide a spectacular location to close the Winter Olympics 2026.