What is happening to Italian property prices this summer? All the signs are that international property buyers are rushing to buy Italian properties right now, with the prices starting to rise in our favourite hotspots. And while the old favourites are as popular as ever, new destinations are beginning to appeal. So where are we buying in Italy as we enter summer 2019?

Average property prices in Italy are stable (at best) while the number of people buying is on the up. That’s especially so in those areas made attractive by tax incentives for retirees and wealthy foreigners.

Political and economic volatility are doing little to deter property-buyers in Italy, where average house prices are bottoming out while still remaining well below their 2008 peak, according to recent reports.

In 2018 Italy recorded its highest level of property sales since 2010, representing five consecutive years of volume growth. A joint report by the Italian tax agency and ABI banking association also revealed that last year’s 580,000 completed transactions represent a 6.5% rise on 2017, accounting for a combined value of €94billion.

It’s a different story for property values. Average prices during 2018 fell by 0.2% compared to 2017, continuing the Italian market’s negative trend since 2012. According to OECD data, this means the average Italian property is still worth 20% less than during the pre-crisis peak of 2008, or 30% when factoring in inflation. The good news is that the rate of annual price depreciation is slowing and this trend is expected to continue during 2019.

The Italian market’s failure to recover in terms of value defies the positive trend in other key European destinations, such as Spain, France and Portugal. Average prices across the Eurozone have been rising since 2014 and last year rose circa 4.5%.

Looking at a more local level, different corners of Italy have their own story to tell in terms of price and volume trends. The north-east recorded the highest increase in house sales (10.2%). Sicily and Sardinia followed with 7.7% rise in sales. Not prices, note, but sales. The central regions saw 6.4% more sales and north-west and southern regions 5.6% and 3.8% respectively. In fact, the only Italian region that recorded a decrease in the number of property sales last year was Basilicata (-5.9%).

Found your perfect home but not quite sure of the best way to finance it? Don’t miss the expert guidance in our newly released How to Pay for It Guide.

Hot spots in the northern regions, in particular Tuscany, the Northern Lakes and Liguria, are now showing signs of benefiting from the Italian Government’s ‘flat tax’ scheme introduced in 2017. Under the initiative, which is aimed at international high net worth individuals (HNWI), foreigners who take up Italian residency benefit from a flat tax on all global income of €100,000 for the first five years. Eligible family members could also benefit from a €25,000 flat tax rate. According to the Italian Government, no less than 150 Ultra-HNWIs applied for the scheme in 2018. This trend is widely expected to continue. 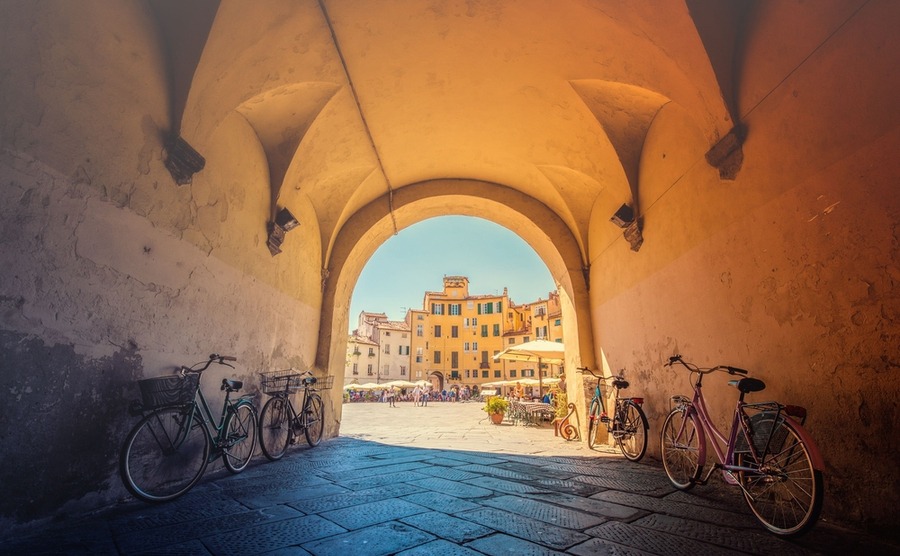 Lucca, where there’s light at the of the tunnel for property values

Another notable trend is a rise in popularity of Tuscan cities. According to a report by international agent Knight Frank, almost 100,000 foreign residents now live in Florence, Lucca and Pisa. Of those, Florence witnessed the largest increase between 2012 and 2018, when its overseas residents’ population grew 38.5% to reach 60,000.

Prices in these cities are ahead of the national curve, with Florence and Lucca both recording very slight growth in 2018. “Lucca is firmly in the spotlight,” said Knight Frank’s report. “With prices 20 to 25% lower than in Florence.”

Turning to the Lakes, international agent Engel & Völkers highlights strong demand for luxury property around Lake Como and Maggiore. At the latter, which is more affordable than the former, 75% of interest comes from international buyers, predominantly Germans, Britons and Swiss. Some famous Americans like it around here too.

“We have registered a growing interest around Lago Maggiore, both in 2018 and in the first months of 2019,” said Alessandro Lotito, at Engel & Völkers Lago Maggiore. “This is due to the wonderful properties and the competitive prices compared to the other lakes in northern Italy.” 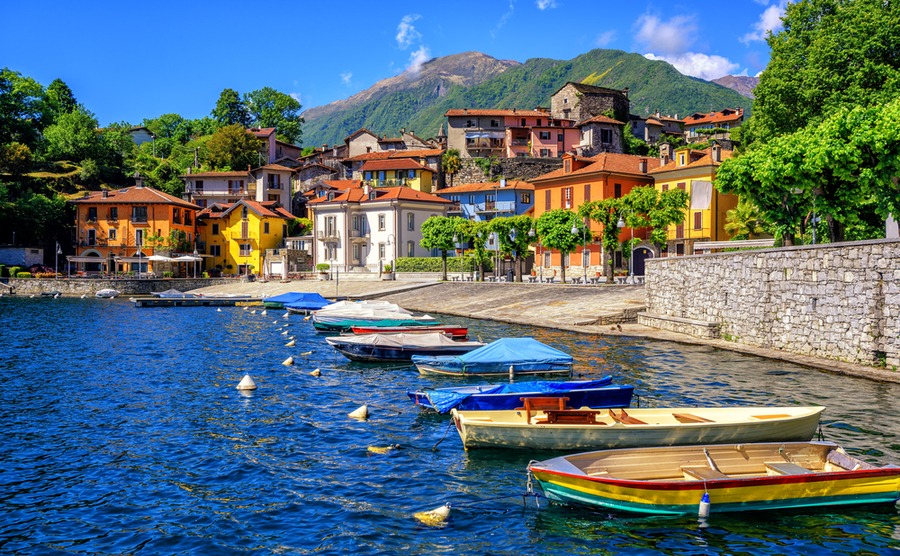 For reference, in today’s market €500,000 could bag you either a small pied-à-terre in a Tuscan city, a two-bedroom apartment in a complex beside Lake Como, or a small character farmhouse.

Historically more affordable and with fewer properties geared towards the luxury, high-end market, Italy’s southern regions are hoping another new tax scheme could attract more foreign retirees. Introduced by the Italian government this year, under the initiative retirees in receipt of a pension could be eligible for a 7% flat-rate tax on all their foreign income (including foreign based pensions) for the first six years of being resident in either Puglia, Sardinia, Campania, Basilicata, Abruzzo or Molise.