Italy is top in the European Union for waste recycling at 76.9% of urban, industrial and other waste. According to the latest Eurostat figures this compared very well with the EU average of 37%, and the UK at 44%.

Italy recycles 56.4 million tonnes of waste a year, mostly the traditional recyclables such as paper, plastic, glass, metals, wood and textiles, reaching 26 million tonnes. But also, mixed waste, chemical waste and organic and green waste. Italy is also the second European country, after Germany, in terms of turnover and recruitment in the recycling industry.

Towns collect recyclable rubbish door-to-door, with residents required to separate their waste or it’s collected from designated large bins. These bins are labelled to collect glass, plastic, organic waste and paper. You may also spot bins collecting old clothes, oil, batteries and medicines. In the towns and villages, you often see individuals loading up their Piaggios with scrap metal found by the bins, which they sell to the local scrap yard.

More and more schemes are being introduced to encourage everyone in Italy to recycle. As part of the government’s aim to promote a culture of recycling, hotels, restaurants, bars, and shops have reintroduced the old “deposit” scheme, that many British will remember from their childhoods. Basically, part of the payment for bottled drinks is a deposit, which is reimbursed when you return the bottles. It was introduced by the environment ministry in September, and if successful, after a year it could be extended to other reusable packaging. 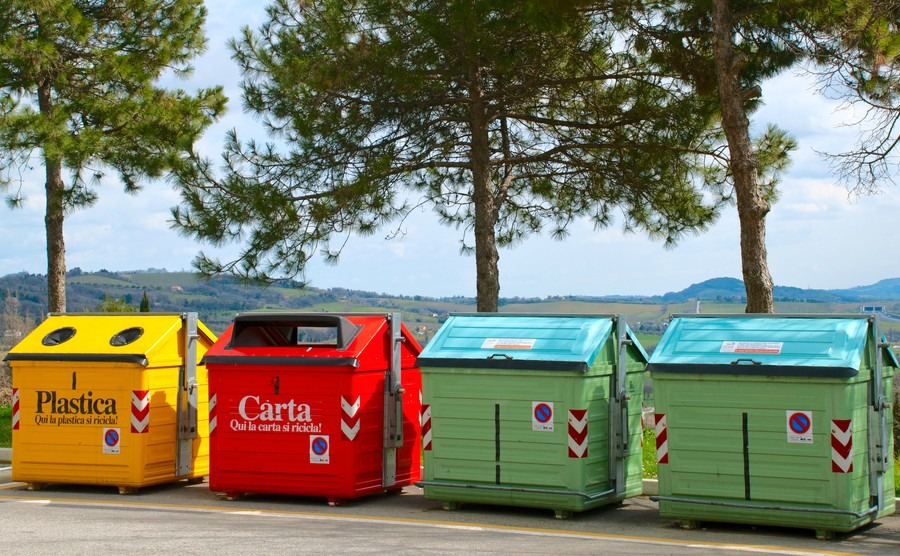 Shops are encouraging the use of reusable bags, but when they sell single use bags they must be compostable, as per European standards. Designer loving Italians, like to show off the logo on the paper bags received from fashion stores and tend to keep them for further use. In supermarkets you can purchase compostable bags.

Last year Italy passed legislation designed to combat food waste across the country, making it easier to recover and donate food surpluses for charitable use. This could be for human or animal consumption, or composting. Municipalities can even offer a reduction in the Tari, which is the rubbish tax, to encourage donation of goods that have been withdrawn from sale. Restaurants are also being encouraged to offer “Doggy Bags” or “Family bags”, so diners can take some leftovers home to consume later. 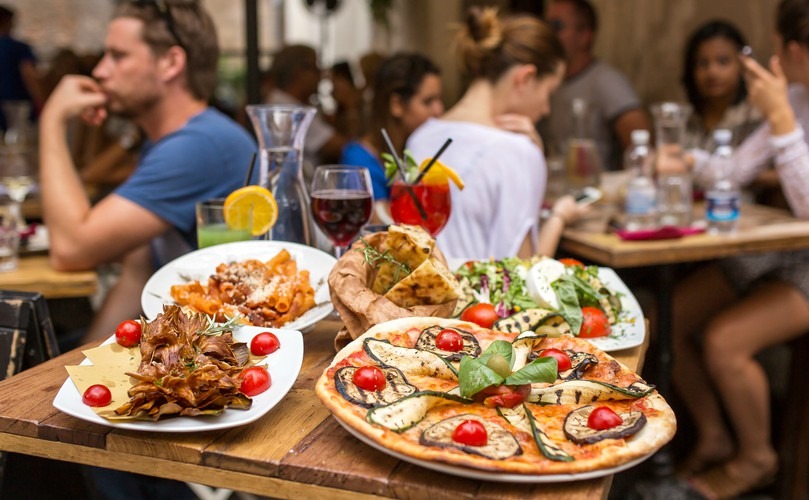 What happens to the left overs? (Alexander Mazurkevich / Shutterstock.com)

Italy’s top chef, Massimo Bottura, has been very active in encouraging the donation of food waste from restaurants. At Milan Expo he opened a soup kitchen with a charity to use food left over from the exhibition. Bottura then set up a kitchen at the Olympic Games in Rio, to feed people in Rio’s slums with waste food from the Olympic Village.

Collection points are increasing across the country to encourage households to bring in oil from their pans and canned food.

In some parts of the country there are companies that collect left over pan oil from about 100,000 restaurants. It is taken to collection points and then on to a refinery operated by Eni Spa, Italy’s oil and gas company, where it is turned into fuel. Recycling this oil reduces the quantity of edible crops needed to make biofuels and cuts the volume of waste clogging drains.

Collection points are increasing across the country to encourage households to bring in oil from their pans and canned food. An awareness campaign is planned for next year and Eni want to upgrade it’s bio-refineries and build a new one on Sicily. The one in Venice currently processes 360,000 tons of vegetable oil, fats and food a year. A planed upgrade in 2020 is expected to increase this to 600,000 tons, yielding about 420,000 tons of biodiesel.

Although Italy is moving in the right direction with its campaign to recycle, the biggest challenge for local councils is to persuade some of the less considerate members of the public to sort their waste to recycle, and not dump it. Some have been organising awareness days and competitions that reward people who bring along their recyclable waste. One of the first things new residents in Italy should do, is check with their local authority on how waste is collected in their area. Even when renovating a property you can often re-use timbers, stone and roof tiles, rather than buying new.