Italy to cut use of Russian gas and switch to alternatives

Italy’s Prime Minister says he is determined to cut the country’s reliance on gas supplies from Russia, following the attack on Ukraine.

During a joint statement with the President of the EU Commission, Ursula von der Leyen, on 7 March, Italy’s Prime Minister Mario Draghi said “Italy is working rapidly to reduce its dependence on Russian gas.” 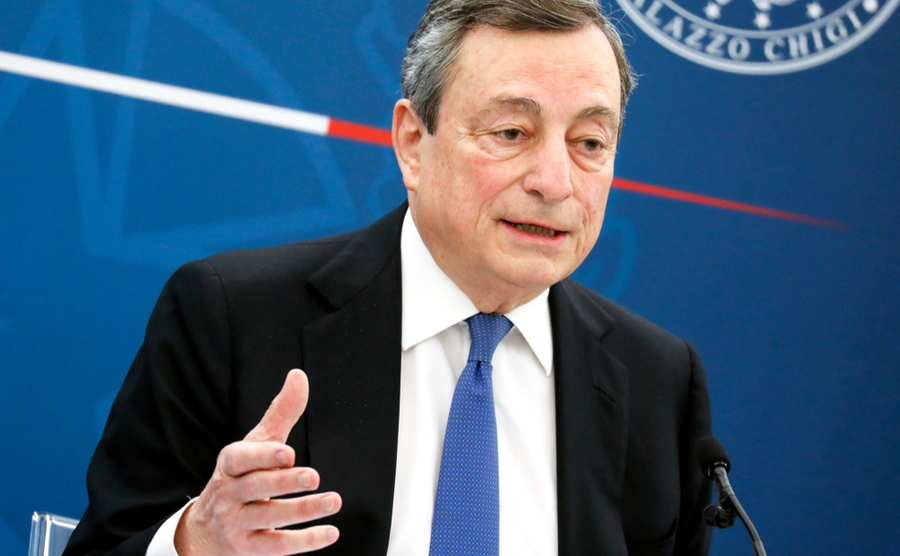 Talking about the EU’s reception of Ukrainians and energy protection of citizens and businesses, he said “We are united in responding to the appeal of President Zelensky… This unity is our main strength and it is essential to maintain it”. He added that he has spoken with the Emir of Qatar to discuss strengthening energy cooperation between the two countries.

President of the EU Commission, Ursula von der Leyen, also spoke about the importance of massive investments to re-power the European Union using renewable energy such as solar, wind and hydrogen. She also spoke about improved energy efficiency, for example, in the renovation of properties. The complete statement can be watched on the Palazzo Chigi Channel, (The residence of the Italian Prime Minister) .

Increasing gas supplies from other countries

Gas accounts for 40% of Italy’s primary energy consumption. Italy imports almost all of the gas it uses, and around 45% of that comes from Russia. With prices to consumers expected to rise further, the Italian government has set aside €3.8bn in 2022 to help lessen the price increases to households and businesses.

For several years the Italian government has been encouraging the use of wind turbines and solar panel farms. From December 2021, 986,867 photovoltaic systems have been operational in Italy, providing 23 GW.

There are also almost 7,000 wind turbines of various power sizes across the Italian territory. According to data from Terna, last summer 42% of Italy’s energy production was from renewable energy sources.

Italian homeowners have been encouraged to convert from gas to electric. Households have already begun benefiting from the Governments Superbonus 110% scheme, which has allowed many citizens to renovate their home for free.

By making their homes more energy efficient and producing energy from photovoltaic panels they are enjoying much lower bills. While the application process can be complicated, it can be worth speaking to a local geometra to discuss what bonuses you might be able to apply for.

With rising gas and oil prices, property buyers are now, more than ever, looking carefully at the energy costs of the properties they are viewing. It can be a real bonus if the current owners have already invested in photo voltaic panels.

The cost of installing panels and carrying out improvements to a buildings energy efficiency, should seriously be considered when comparing house prices. Here are 13 ways you can make your Italian home eco-friendly.