Do you remember Norman Tebbit’s “cricket test”? If you’re going to live in a country you should support the local team, he said. Well now, it’s the Eurovision Song Contest on Saturday, so hopefully you’re ready to get behind Italy’s dancing ape…

The good news is, firstly, Italy’s entry is very good, and has already taken Europe by storm, with 110million YouTube views as of Monday morning. Go on, take a look, you know you want to! The song is Occidentali’s Karma, sung by Francesco Gabbani, with dance moves that have already been remade on video in parody form by everyone from nuns to schoolchildren. Another reason to take an interest is that the song deals with issues that many an expatriate has to cope with.

Francesco Gabbani won with the song, which he wrote – at the Sanremo Song Festival in the beautiful Liguria region – giving him to right to sing at Eurovision on Saturday (13th May). Gabbani says he is trying not to think about the betting odds, which have placed him as the favourite to win, and is just enjoying the experience and the opportunity to show his music to the world. His fantastic Sanremo performance was live on stage with an orchestra, but Eurovision rules don’t allow the orchestra and the song also had to be cut down to three minutes. It’s worth listening to the original though, to fully understand the genius of the lyrics. 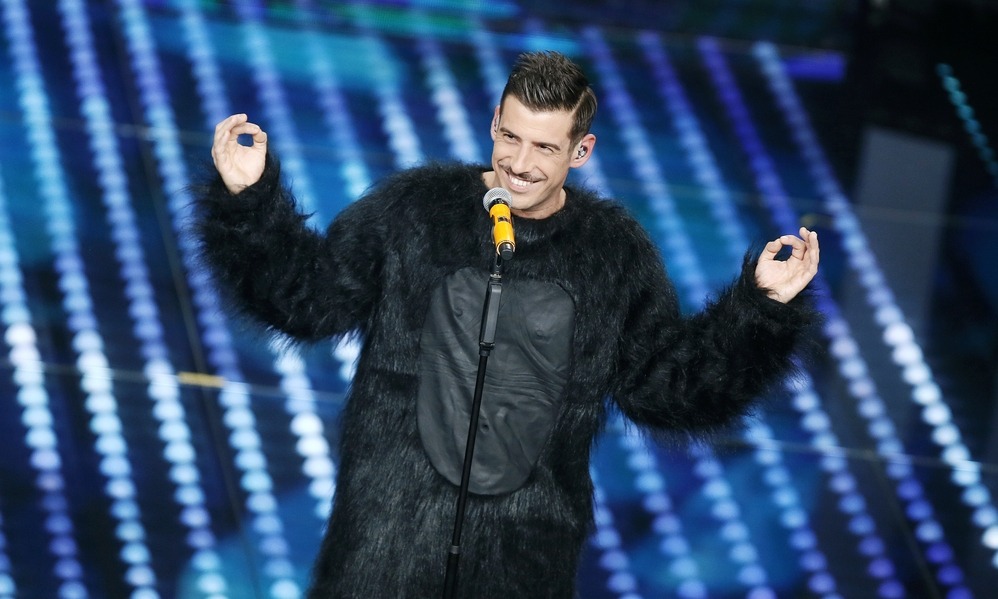 The inspiration for Eurovision

The Sanremo Song Festival is an annual competition for previously unreleased Italian songs. First broadcast in 1951, it was the inspiration for the Eurovision Song Contest. Italy proposed the idea to the European Broadcasting Union, who were looking for a light entertainment programme that would bring the member countries together.
The Eurovision Song Contest began in 1956 and has become one of the longest running and most popular events on TV, with viewing figures of over 200million. Since 2000, the contest has also been broadcast over the internet via the Eurovision website, so you definitely won’t need to miss it even if you first struggle to get to grips with Italian TV. For singers appearing in the competition it also has the potential to launch their careers worldwide – just ask Abba, Celine Dion and Bucks Fizz. 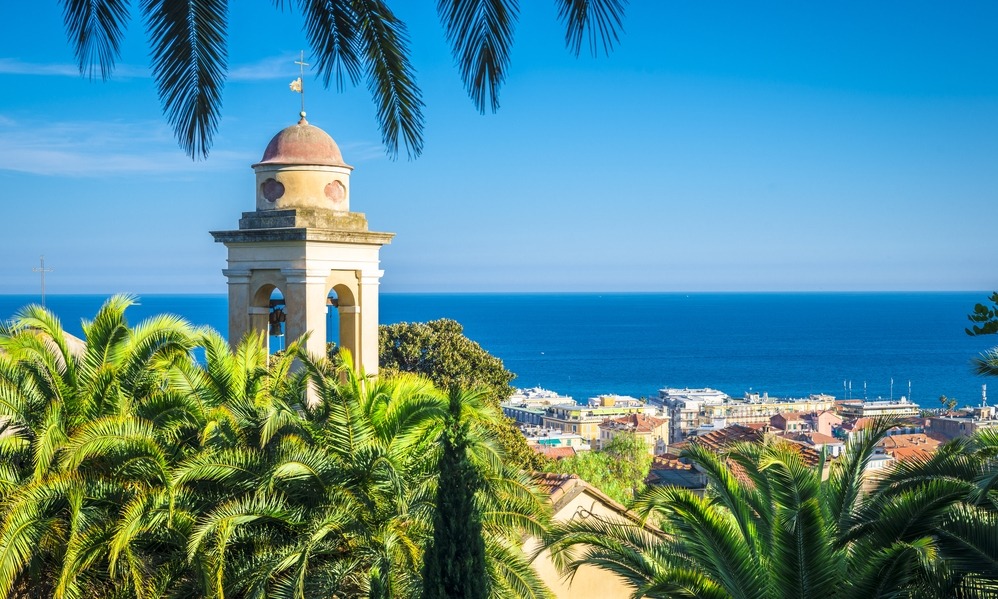 The Italian Song Festival of Sanremo is actually more popular in Italy than the Eurovision Song Contest. Indeed Italy only participated in Eurovision once between 1994 and 2010 and only won in 1990 and in 1964 (when they beat the UK’s Matt Monro into second place). But this is the seventh year in a row that they have taken part and Italians have high hopes for 2017, despite suffering like the UK from not being in a bloc, like the Baltic or Balkan states who tend to support each other.

Francesco Gabbani grew up in Carrara in Tuscany, surrounded by music, as his parents ran the town’s musical instrument shop. His album Magellan, which features Occidentali’s Karma, is at number one in the Italian album charts at the moment and is due to be released in Europe on Friday. He says he hopes that the listener will “find something new and discover oneself”. Isn’t that exactly what those of us choosing to move to Italy want to do? You can read more about Francesco Gabbani and the song on the official Eurovision website.

“Find something new and discover oneself”. Isn’t that exactly what those of us choosing to move to Italy want to do?

A song about culture shock

Occidentali’s Karma has a catchy tune with deep content to its lyrics. Gabbani decided not to change the lyrics to English for the Eurovision as he wants to spread the Italian language, and it just wouldn’t have sounded the same in English.

Francesco Gabbani said of the song, “I would describe the song as being funny, but at the same time being very heavy from an emotional point of view”. He hopes that, “Besides the funny part of the song, up tempo and pleasant to hear, also the message will come through.” And that “everyone will have the time to understand exactly what the song is about”.

The song is about how western people approach eastern culture and philosophy in a superficial way. Well, it’s hard to really understand a new culture, as those of who move abroad often find – hence the benefit of taking an interest in high culture as well as TV and everything else. Gabbani considers the lyrics to be important and yet also understands that “there are two kinds of audience. There is the audience that does understand the lyrics, and those to whom the song is dedicated,” he said with a grin. It is a song contest after all and good songs have words, and words have meaning. Some will take the time to look at the lyrics, but many will just be dancing along like apes and enjoying how the music makes them feel. Which is okay too (so long as you vote for him!).

The dancing ape in the performance, although fun, was chosen to visually represent the inspiration for the song, which was the book “The Naked Ape” written by British zoologist and ethologist, Desmond Morris. The 1967 book studies humans as a species and compares them with apes. Man being the only one of the species which is without fur all over.

The man behind the ape mask on stage is an Italian professional dancer and choreographer named Filippo Ranaldi, who has also started a social media challenge, asking fans to post videos of themselves doing the dance routine online using the hashtag #ScimmiografoChallenge.

Anyone who loves the written word will enjoy the varied references in this song, and should look up the full-length version, as some of the references are lost in the Eurovision version. In the line “To be or to have to be, Hamlet’s doubt”, the song makes reference to William Shakespeare’s Hamlet and a book by Erich Fromm. The words then follow the theme of materialism and society’s addiction to technology, supplying easy answers, putting cleverness out of fashion. Gabbani’s favourite line mentions “panta rhei”, the words of the Greek philosopher Heraclitus that mean “everything flows”, and like a stream, everything changes.

Please give your vote to Italy on Saturday night, so we will be able to see the Eurovision Song Contest in Italy next year!

The chorus makes references to Buddhism. Another line says, “The crowd is shouting a mantra”, where you have the crowd shouting and yet the word mantra means a word or sound repeated to aid concentration in meditation. The word in the title, karma, means “the sum of a person’s actions in this and previous states of existence, viewed as deciding their fate in future existences” according to the dictionary, while karma is also referred to informally by western society as “Good or bad luck, viewed as resulting from one’s actions.” Even the musical “Singing in the Rain” gets a mention. There is definitely more to think about in this song than just a very catchy tune and a dancing ape.

Find gorgeous homes in Italy on our portal

On the official video there are English subtitles at the bottom of the screen, and there is also a translation on the Eurovision website, although I wonder what percentage of Eurovision viewers will actually read them. Please give your vote to Italy on Saturday night, and then hopefully we will be able to see the Eurovision Song Contest come to Italy next year.