A café is to Italians is what a village pub is to Brits. It’s their local where they meet for a reasonably priced coffee and chat with friends. But the landscape is changing: prices are on the up and Starbucks are on their way.

Romans have been left spluttering into their coffee after it was revealed that the city’s bar association is taking the historic step of increasing the price of the local resident’s favourite beverage by 10 to 20 cents.

The Italian capital has a reputation for being rather dear when it comes to food and drink, but coffee prices have been fiercely protected down the years, such is its importance to the local lifestyle and culture. This is reflected in the price of an espresso, which can be bought for as little as €1 (90p) in most bars and cafés. Even a slightly more extravagant option like a cappuccino will rarely set you back more than €1.20 (£1.05).

The Italian capital has a reputation for being rather dear when it comes to food and drink, but coffee prices have been fiercely protected, such is its importance to the local lifestyle and culture.

Brits in Rome won’t begrudge this attempt to help local proprietors make ends meet having being hit by rising VAT, rent and bills, as well as modernisation demands such as Wi-Fi capabilities. After all back in London coffee addicts are forced to pay around £1.80 for an espresso, or £3 for a large cappuccino. An extortionate price to pay for your caffeine fix when compared with the classy, yet considerably cheaper, Italian café culture. 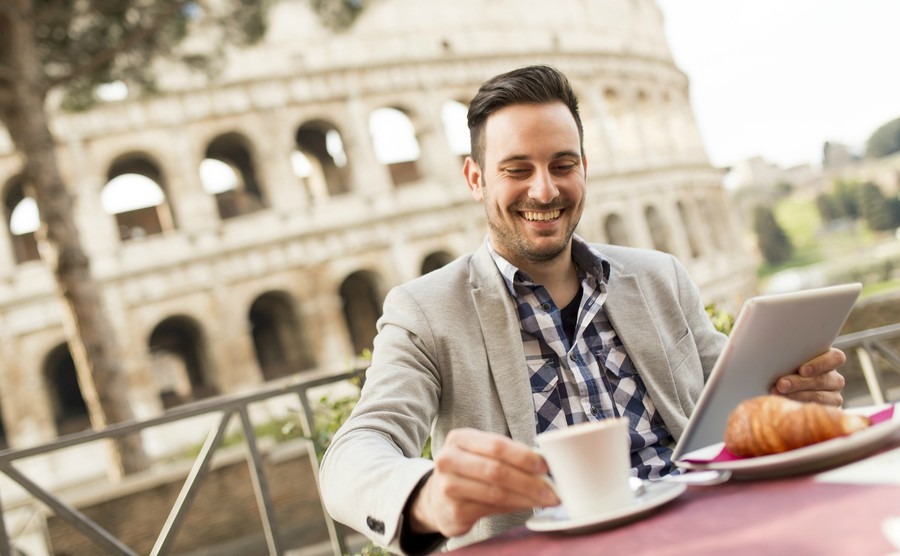 This isn’t the only coffee based revolution planned in Italy in the coming months. Bars and cafés in stylish squares, with plenty of outdoor seating, have become ingrained in everyday life in Italy. Something that is unlikely to alter anytime soon, such is their importance to the local community. However, change is afoot in the shape of those supposedly Machiavellian global coffee corporations. Coffee drinkers across the country were left in shock when the news broke that Starbucks will be opening up to 300 stores in Italy over the next five years.

The Milanese will be the first to experience what the US based chain has to offer on the caffeine front, when it opens its first store in the grand old Post Office building in Piazza Cordusio, at the end of 2018. It will become the biggest Starbucks branch in Europe and the first Starbucks Roastery. The company’s CEO Howard Shultz has claimed the branches would be designed “with painstaking detail and great respect for the Italian people and coffee culture”.

Coffee drinkers across the country were left in shock when the news broke that Starbucks will be opening up to 300 stores in Italy over the next five years.

This introduction of corporate competition into an already saturated market will obviously place the country’s beloved small business owners under added pressure, but is it all such a bad thing? Starbucks expect to spend several million euros in Milan alone and to employ around 350 people. Local businesses such as “Princi”, a Milanese artisan bakery, will benefit greatly after they won the contract to supply all the pastries sold in the new Starbucks stores.

As a Brit in Italy you won’t mind where you’re drinking your coffee once you’re sat, relaxing outside in the sun, watching the Italians go about their daily business. Only time will tell if Starbucks can persuade the staunchly traditional Italian coffee drinkers to pop in and join you.