Homes near the best Blue Flag beaches in Italy

This summer, Italy is proudly flying 416 prestigious ‘Blue Flags’ (Bandiera blu) on its cleanest, safest and most environmentally friendly beaches, marinas and tourist ports. This number includes 15 new additions to the list. So, where should you buy property if you want to be near the best Blue Flag beaches in Italy?

Looking for a home in Italy? Start here.

This international award is given by the Foundation for Environmental Education (FEE). Every year, destinations must meet the highest standards on their beaches, marinas, and tourism boats. It’s not an easy award to get; municipalities have to fill out a 44-page application and be judged on 32 factors.

As well as bathing water quality and clean beaches, other criteria include standards for safety, environmental education, the provision of services and management of the environment. 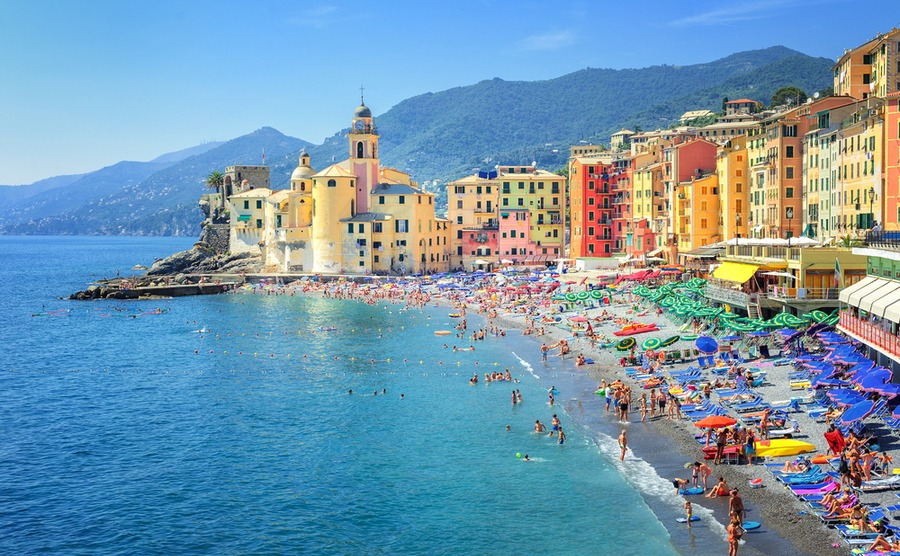 Blue Flag and the environment

One of the main aims of the Blue Flag programme is to connect the public with their surroundings and encourage them to learn more about their environment. As such, environmental education activities must be offered and promoted in addition to a permanent display of information relevant to the site in terms of biodiversity, ecosystems and environmental phenomena.

The FEE agency also takes into consideration the beach’s waste management, recycling, the extent of its pedestrian and bicycle paths and green areas, and the presence of lifeguards.

Out of 4,820 locations worldwide, 416 destinations of the 2021 Blue Flag edition are located in Italy. The 15 new entries to the list are: Francavilla al Mare, Pescara and Martinsicuro in the region of Abruzzo; Diamante and Santa Maria del Cedro in Calabria; Camerota in Campania; Fondi and Minturno in Lazio; Altidona in Marche; Bisceglie, Monopoli and Nardò in Puglia; Aglientu in Sardinia and Roccalumera and Modica in Sicily. 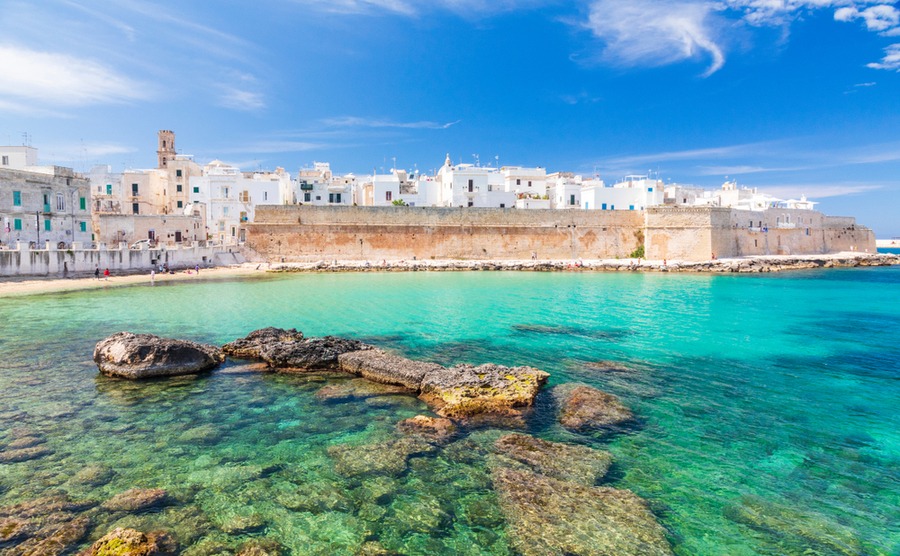 Altogether, the Blue Flag beaches in Italy account for about 10% of the awarded seaside locations in the world. As well as beaches, The Blue Flag can also be awarded to lakes, such as Lake Scanno in Abruzzo. The number of Italian seaside and lakeside resorts awarded the prestigious Blue Flag designation has risen from 195 last year to 201 this year.

The number of Blue Flag tourist ports has also risen, from 75 to 81. New Blue Flags beaches in Italy for 2021 are now flying in Basilicata at Marina di Policoro (Policoro), in Friuli Venezia Giulia at Portopiccolo Marina (Duino-Aurisina), in Liguria at the Port of Bordighera (Bordighera), in Puglia at Tourist port Marina Resort “Bisceglie Approdi” (Bisceglie), in Sicily at Capo D’Orlando Marina (Capo D’Orlando), and in Veneto at Marina Resort Portobaseleghe (San Michele al Tagliamento). The full list can be found on the Bandiera blu website

How Blue Flag beaches could help save Italy’s tourism sector

More than ever people are researching the cleanliness and safety of seaside resorts before booking holidays. The FEE Italia President Claudio Mazza said the Blue-Flag resorts could be “an engine powering the recovery of Italy’s tourism sector” after the COVID pandemic, vowing that the organisation would help local authorities reopen in safety this summer.

Which regions have the most Blue Flag beaches?

The Liguria region has 32 beaches flying the blue flag, the most Blue Flag beaches in Italy. This is followed by Campania with 19 flags, then Puglia and Tuscany both boasting 17 flags. Next, you have the Marche and Calabria with 15 flags, followed by Abbruzzo with 13.

Both Abruzzo and Puglia have three new additions to their list this summer, can you guess where they are?

The region of Abruzzo has an Adriatic coastline which stretches over 130 kilometres. There are so many beaches to choose from, each with their own special charm, from fish restaurants to pine forests. South of Pescara is known as the ‘Trabocchi’ coastline, named after the wooden fishing platforms that are dotted along the shallows like small wooden piers.

In 2021, Abruzzo was awarded 13 blue flags. As well as beaches, the lakes of Villalago and Scanno have also received the award.

There are three new entries to Abruzzo’s list. The first is Francavilla al Mare, where evenings are spent at restaurants and joining the locals in the “passagiata” along the seafront and enjoying events in Piazza Adriatico.

For a more vibrant city location there are the north and south rivieras of Pescara. Pescara offers lively nightlife, outdoor concerts, fashion shopping and many good restaurants that look over the glittering blue Adriatic.

Martinsicuro has a lovely sandy beach with a promenade lined with palm trees. On the northern border of Abruzzo and south of the mouth of the Tronto river, Martinsicuro is a peaceful seaside resort as well as an industrial and manufacturing centre.

Most of Abruzzo’s beaches are less than an hour’s drive from the airport at Pescara. 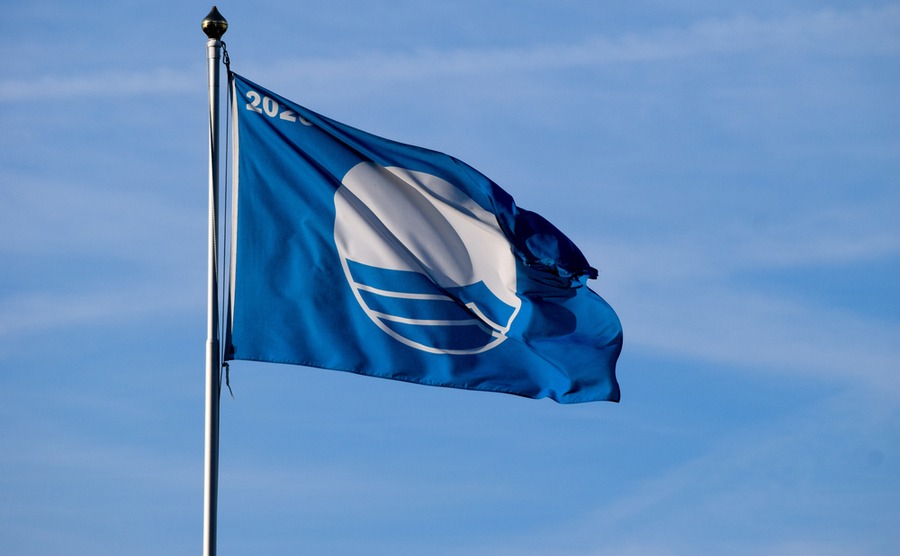 Property prices are still low in Abruzzo , compared to the likes of Tuscany. It is possible to find apartments and small houses for less than  €60,000, even in Pescara. Large detached villas in the countryside can cost less than  €200,000.

Of course, the nearer to the sea you get, the higher the prices, but €440,000 can buy you a modern sea view apartment right behind the beach at Francavilla al Mare.

If you go back a street they can be found for less than €150,000 and still have a partial sea view.

Puglia’s beaches are beautiful; some have even been compared to the Maldives and the Caribbean.

Around the amazing 800kms of coastline you will find crystal clear seas, stretches of sand backed by sand dunes, cliffs to dive from, golden bays and nature reserves.

The region has 17 Blue Flags this year. As well as the well-known locations at Polignano a Mare (Bari), Ostuni (Brindisi) and Otranto (Lecce), there are three new places on Puglia’s Blue Flag list that have been catching the eye of property buyers. These are Monopoli, Bisceglie and Nardò.

Monopoli has a charming historic centre right on the sea with ancient walls and a small castle. The town behind makes it possible to live here comfortably year round.

The province has 13km of coastline with sandy beaches, ravines, coves and cliffs. Blue flags are flying at Castello Santa Stefano, Lido, and Porto Rosso as well as Capitolo beach, where you can dance the night away by the sea. Many of the resorts also offer windsurfing, beach volley ball, jet skiing and sailing.

On the coast above Bari is the town of Bisceglie with a population of over 55,000. It lies in the province of Barletta-Andria-Trani on the Adriatic coast.

This year, La Salata and Salsello beaches have been awarded the Blue Flag. Lovely in summer and winter, the white pebble beaches are a great place to walk and swim.

Nardo is a pretty town with a beautiful piazza that is pleasantly quiet and welcoming. There are some elegant palazzo houses with beautiful balconies and arches too.

Nearby is the seaside part which is surrounded by unspoilt nature and has rocky bays with crystal clear waters. 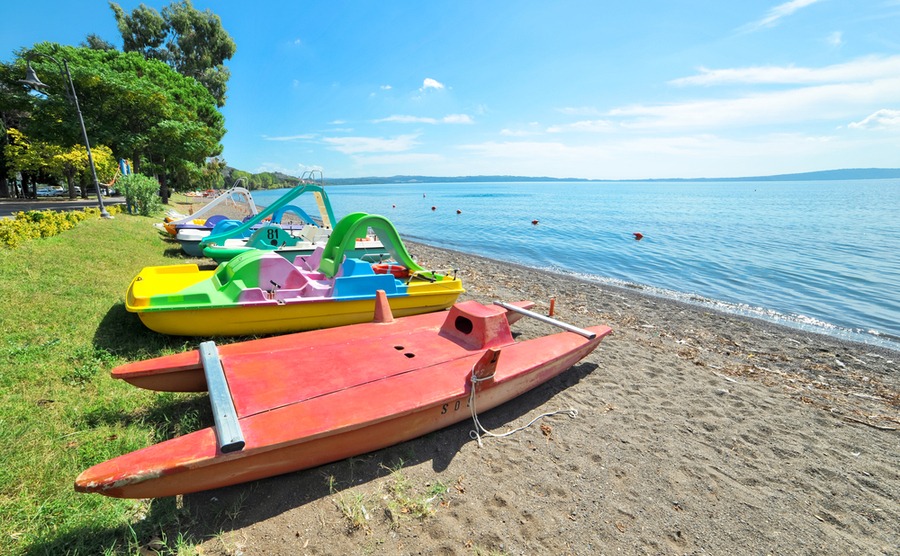 Puglia is becoming increasingly popular with property buyers seeking a holiday home that they can move to permanently in the future. All three of the seaside towns above are suitable for year round living and have other large towns nearby.

In Biscaglie you can find flats near the marina for €120,000 but also luxury seafront properties costing millions.

In Nardo you can find holiday homes near the sea or houses in the historic centre needing renovation for around €125,000 .

Find out more by downloading our full guide to buying property in Italy.