Every day is Mothers’ Day in Italy!

Move to Italy and you could be transformed into a proper Italian mamma, making heart-warming cakes and pasta dishes, looking after a brood of kids and holding down a career. Good job the Italian state is supportive!

Even if your children are grown up, you will be able to spend quality time together and make a fuss of them when they come to visit you in your new Italian home. Enjoying al fresco meals as a family and long conversations while relaxing in the sun.

It is also perfectly acceptable to mother other people’s children that you meet in the street and at restaurants. Children in Italy can barely toddle down the street without women grabbing their cheek and crying “Bellissimo!”. I have even seen a teenage boy out with his mates have the same fuss made over him by an elderly lady. Italian children certainly know they are adored and they equally respect and love their mothers and grandmothers in return. Italian men are well known around the world for being particularly attached to their mothers and they are infamously called “Mammoni”.

Ring your child every day to ask if they have eaten

How to be an Italian Mamma

Many British expats I meet have grown up children back in England and are proud of how independent their offspring are. To become a stereotypical Italian Mamma you need to make every attempt to keep your children living with you well into their 30s and do everything for them, cooking, ironing, cleaning, even vetting their potential spouses. Of course, no woman will ever be good enough for your brilliant, handsome, genius son, so when he does marry you will find them an apartment very nearby, preferably in the same building, so you can make sure she is looking after him properly. If they go away to University or to work, you should ring your child every day to ask if they have eaten, and send food parcels of pasta, cheese and homemade passata if necessary. The one thing that will ensure your offspring keep coming to visit, is to dish up their favourite Italian meal complete with a delicious homemade torte. Living in Italy with all those fresh local ingredients you can’t go wrong. 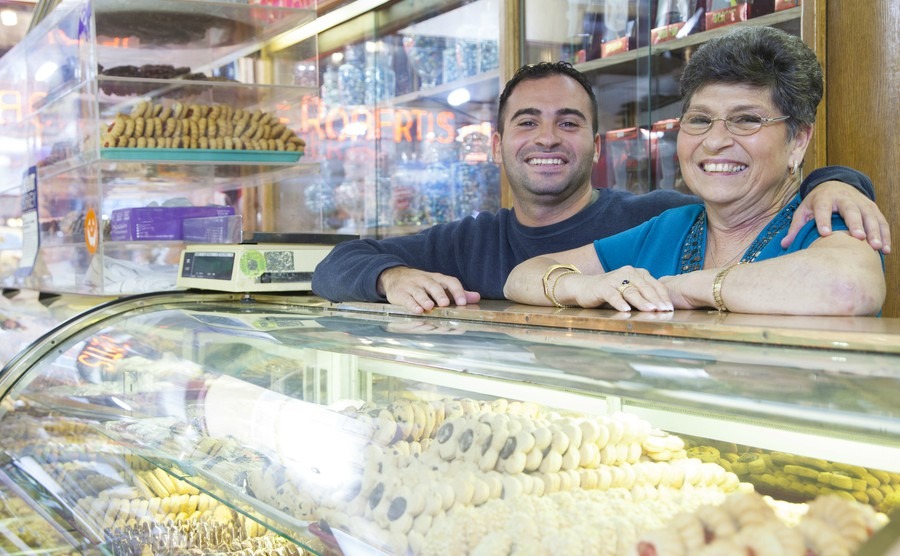 Mothers with young children are welcomed everywhere in Italy and at any time of day or night. No need to get a babysitter so you can go out for a meal, just take the child with you, and no Italian will frown at you if they start wandering about the restaurant and talking to strangers. Italians are used to all generations of the family dining together and they all play their part in educating children in how to socialise with all ages and to be a part of the local community.

Attitudes to breastfeeding and motherhood

Breastfeeding in public is totally acceptable amongst Italians. Even in restaurants and church. Pope Francis encouraged mothers attending a ceremony in the Sistine Chapel to feel free to breastfeed their children in the church. “The ceremony is a little long, someone’s crying because he’s hungry. That’s the way it is,” the pontiff said “You mothers, go ahead and breastfeed, without fear. Just like the Virgin Mary nursed Jesus”. This religious view of motherhood in Italy certainly encourages a respect for the mother’s role in society.

As Pope Francis said to the congregation in the Sistine Chapel: “Mothers, go ahead and breastfeed”

Due to the general lack of money in Italy these days coupled with the desire to provide the best for their children Italian, mothers are having fewer children now than in the past, and starting their families much later. The average age for a first-time mum is 30. Italy now has one of the lowest birth rates in Europe with Italian women giving birth to only 1.39 children on average, compared with the EU average of 1.58. This has concerned the government so much that it has begun a campaign to encourage couples to have more children. 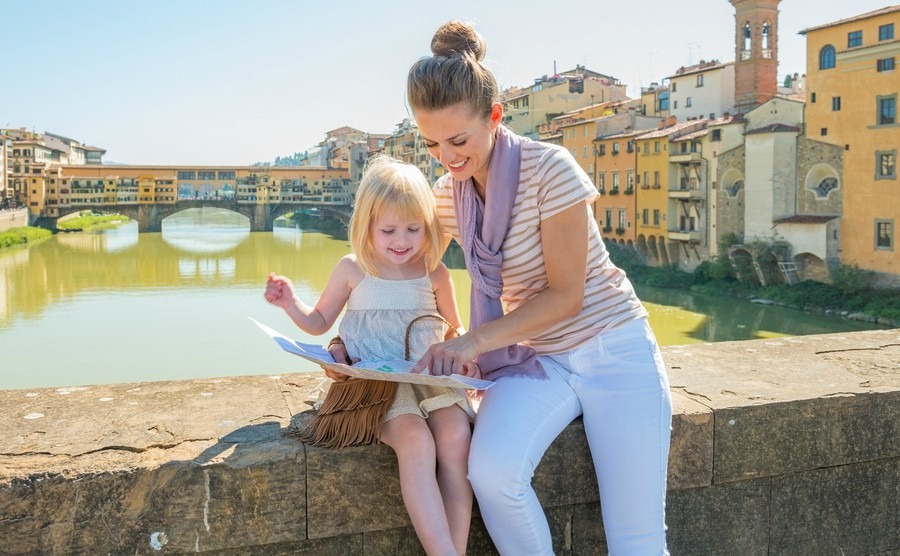 Mother and daughter in Florence

The Istituto Nazionale della Previdenza Sociale (INPS) is the social security and welfare institute in Italy which deals with a whole range of benefits including family allowances, maternity benefits and municipal allowances for families.

A lot of changes are currently taking place in Italy to make benefits for families with dependent children available to more people. The new form of Family Benefit will be called “Assegni familiari 2017 universali” and replaces the previous “bonus famiglia”. The changes are expected to be approved by the Senate this month. Amounts will depend on family income and the age of dependants up to the age of 26. A family allowance for a child under three could be €200 a month and a family with a dependant up to 26 years old could get €100 per month. Particularly useful for those parents who are paying for their child to attend University. To tackle child poverty the Italian government has allocated €1.6 billion to a project in 2017, which will distribute help to those most in need.

If your children do forget to visit you this UK Mother’s Day, you can always remind them that Mother’s Day in Italy is the second Sunday in May, so they have time to arrange a treat for you then.