Global pop superstar Ed Sheerhan has chosen a quiet corner of Italy to lay his hat when he gets home from touring.

The 26-year singer from Suffolk revealed all to Vanity Fair magazine, prior to his European tour which starts in Turin tomorrow (Thursday). He told the magazine: “I just bought a property in Italy. I don’t want to say where it is, but it’s a beautiful place. My tour is going to start in Italy because I want to spend some time in my new property there.”

He may not want to reveal where he has bought, but local gossip from Umbria has placed Ed home as in the village of Paciano, close to Lake Trasimeno in the province of Perugia. 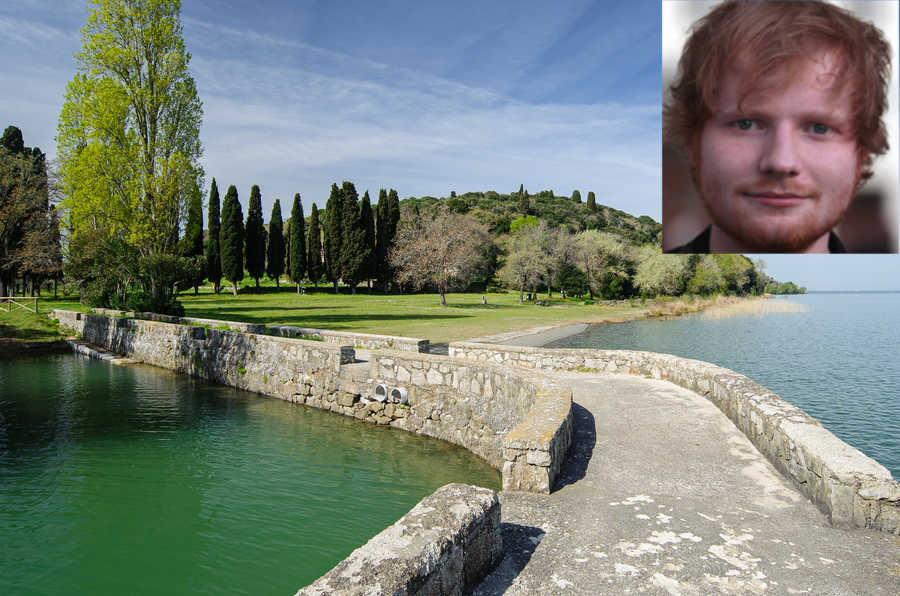 Ed Sheeran has bought a property by Trasimeno Lake, Umbria

The village has a population of a thousand or so and on Trip Advisor the section Things to Do in Paciano runs out of steam after three items, so it looks like the pop superstar chose Paciano for the quiet life. If he does ever get bored with the craft museum or Slow Food cookery school he could help with the olive harvest, or nip up to Perugia 40 kilometres away, or the beautiful hilltop town of Montepulciano just over the border in Tuscany. Ed was reported by one local radio station as having been in Perugia during the summer’s earthquake.

He is not the only British superstar to fall in love with the area. Colin Firth, Star Wars director George Lucas and Hugh Grant are also reported to be property owners in Perugia.

If you are looking to buy a home in Italy in the near future, come to Your Overseas Home in London, Friday 31st March 2017. There will be legal and currency specialists, plus gorgeous Italian homes for sale. For further details, click here.