The Italian region of Emilia-Romagna is snapping up post-Brexit interests from the UK, as it welcomes an Orchestra and a European weather forecasting supercomputer.

Bologna is set to build a new €50m (£43m) building to house the next-generation supercomputer, that will drive Europe’s medium-range weather forecasts for the European Meteorological Centre. It will succeed the current system based in Reading, England, which is considered incapable of meeting the technical requirements of the new device.

Bologna’s neighbouring town of Ferrara is also excited to be welcoming the European Union Youth Orchestra (EUYO) that is currently based in London. Mayor of Ferrara, Tiziano Tagliani said, “The news can only boost the city, that finds a further confirmation of the credit that Ferrara enjoys with the government, and cultural institutions outside our country”.

The European Union Youth Orchestra (EUYO), is composed of young musicians from 28 EU member countries and has been based in London since it began 40 years ago. The EUYO comprises 120 musicians between the ages of 16 and 26 and over the years it has welcomed more than 3,000 European instrumentalists, selected each year through auditions throughout the European Union. The Orchestra has worked with some of the most important soloists and directors, from Rostropovich to Von Karajan, and performed in over two hundred theatres, including the prestigious Carnegie Hall in New York, the Royal Albert Hall in London and the Musikverein in Vienna. The orchestra is set to move to Rome and Ferrara early next year. The reason is that you can’t have an EU Orchestra that receives EU funding, based in a non-EU country. The Orchestra’s legal seat will move to Rome and RAI will become the Orchestra’s first official Broadcast Partner. They will also continue to take part in the famous Bolzano Festival. 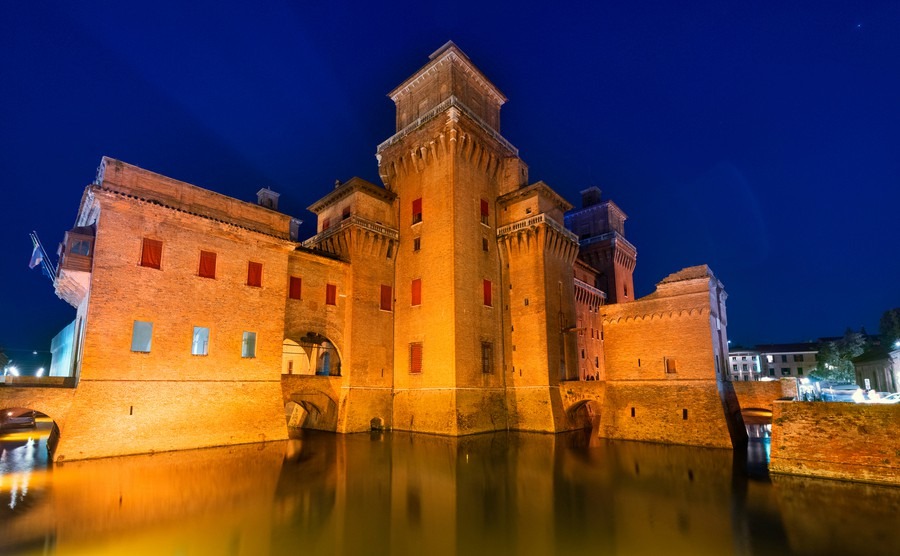 The young musician’s new Italian home will be the Abbado Theatre near Castle Estence in the beautiful renaissance town of Ferrara. The EUYO will begin annual spring and autumn residencies in Ferrara from 2018, with formal and informal symphonic and chamber performances throughout the year. Supporting these activities, the EUYO will open an administrative department in Ferrara.

If you are ready to buy a home in Italy, both Italy Property Guide and Rightmove will be among the estate agents, currency experts and lawyers exhibiting at Your Overseas Home. The next event is at Epsom Racecourse on 18th November 2017 and various events in 2018. See if you are eligible for free tickets.

The charming town of Ferrara is surrounded by over nine kilometres of ancient walls, mainly built in the 15th and 16th-centuries, and has many palaces dating from the 14th and 15th century. It is recognised by UNESCO as a world heritage site for its beauty and cultural importance. In the medieval quarter the red brick and roof tiles add warmth to a criss-cross of narrow streets, packed with churches, cloisters, old palaces and houses. The streets fill with music annually for the Buskers Festival and The Palio of St. George. The area is also becoming well known for hot air ballooning, thanks to the Ferrara Balloons Festival, the biggest celebration of balloons in Italy and one of the largest in Europe. 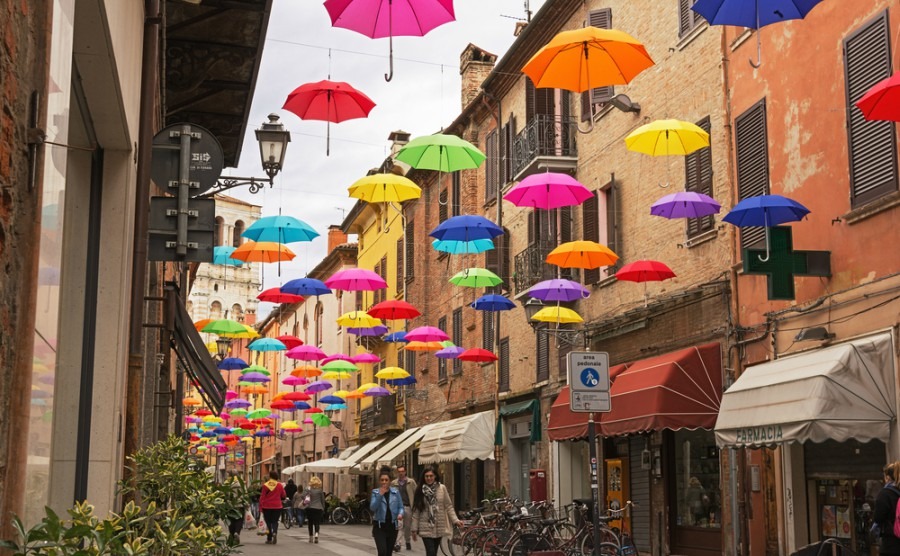 Ferrara is in a great location, being on the Padua to Bologna railway line and a short drive from the seaside and Bologna airport, which receives flights from from Edinburgh, Birmingham and London Stansted. The Emilia-Romagna region has many beautiful towns and lovely country houses from farm houses to luxury villas.