Shakespeare’s A Midsummer Night’s Dream may be about lovers in Athens, but in the midsummer of 2019 it’s property buyers who are feeling the love in Athens. As prices rise by nearly 6% in the capital and not much less in the islands, no wonder that international buyers are flooding in. Greek property prices are rising fast.

Two sets of new data from the Bank of Greece highlight the positive change in Greece over the past year. Not only is there a spring in the step of the economy, but apartment prices are rising fast and international buyers are arriving. 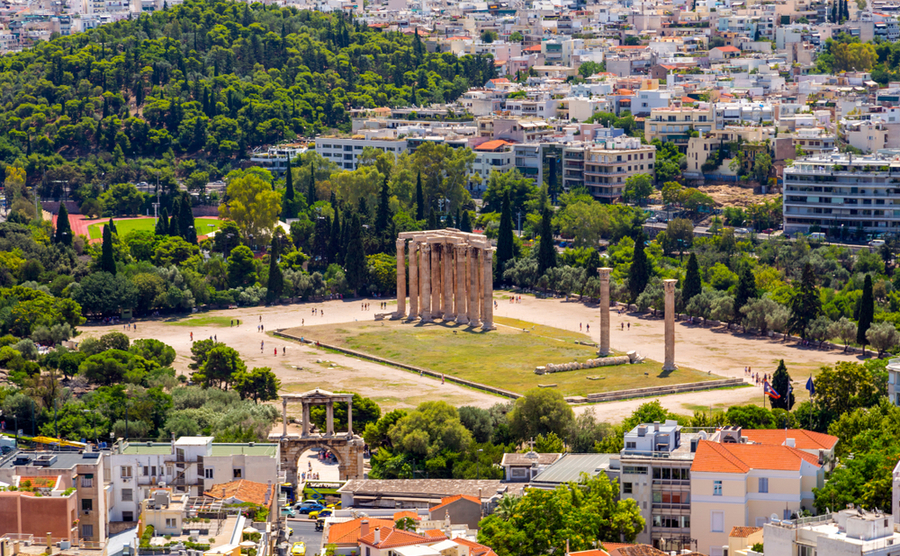 The sun is shining on Athens property (ColorMaker / Shutterstock.com)

The first piece of news was on prices. The prices of apartments rose by 4.0% year-on-year up to the end of March this year.

Find out more about financing your dream home in Greece in our newly updated Guide How to Pay for It.

There was little difference between new apartments (up 4%) and older apartments over five years old (up 3.9%), although older properties had been falling faster in 2017 so the recovery has been sharper.

Where there was a difference was geographically, although, it has to be said, prices rose everywhere. Athens apartments rose by 5.8%, Thessaloniki’s by 3.9%, other cities by 1.9% and the rest of Greece by 2.6%. Anecdotal evidence from local agents is that prices are rising faster than the average in tourist hotspots.

The second interesting piece of data was on the make-up of buyers. Expenditure on property in Greece rose to €1.3 billion in 2018. But while there has been an increase in Greeks themselves buying homes, the bigger rise has been in international buyers.

Analysts suggest that this could be a record-breaking year for property investment – perhaps reaching €300billion by the end of 2019.

While we appreciate that this will be of limited interest to anyone paying €125,000 for a villa in Skopelos, the undercurrents feeding the increasing flow of cash and causing Greek property prices to rise, are positive in themselves. The first is the dramatic rise in the number of citizenship for investment visas (the so-called “golden visas”).

Don’t let a falling pound kill your Greek dreams. Learn how to protect your budget by locking in an exchange rate in the Property Buyer’s Guide to Currency.

Of the 4,500 issued since 2013, a third have been issued in the past year. Given how hard it was to negotiate the bureaucracy in the early days, the faster uptake strongly suggests that Greece is sorting out its bureaucracy – previously a real frustration for international investors. Buying in Greece is getting easier.

Currently the greatest uptake is from Chinese investors, who are able to claim residence permits for their spouse and children in return for buying a property. UK buyers may take an interest with Brexit on the horizon.