What’s next for the Greek property market in 2019?

Brexit’s on the way, but enquiries for Greek properties are on the up. It’s no surprise as prices begin to stabilise, but are still more affordable than pre-crisis. Plus, with a €250,000 investment, buyers can get a residence permit if there’s a no-deal Brexit. So, with plenty of positive news, what’s ahead for the Greek property market?

What effect is Brexit having on the Greek property market?

Well, Spring seems to have arrived and it is at this time of year that we start to see how this summer season’s property sales are going to shape up. For the last couple of years, the wonderful ‘Brexit’ has been lurking in the background. However, fortunately, most UK buyers seem fairly philosophical about the whole thing, with a ‘what will be will be’ attitude. There’s the feeling that if they wait for a result, they could end up waiting indefinitely, so they might as well get on with their lives! Also, of course, anyone outside the EU investing €250,000+ is entitled to a residence permit. Whilst British nationals have not required this in the past, they will be able to take advantage of it if a Brexit result, or non-result makes it necessary. 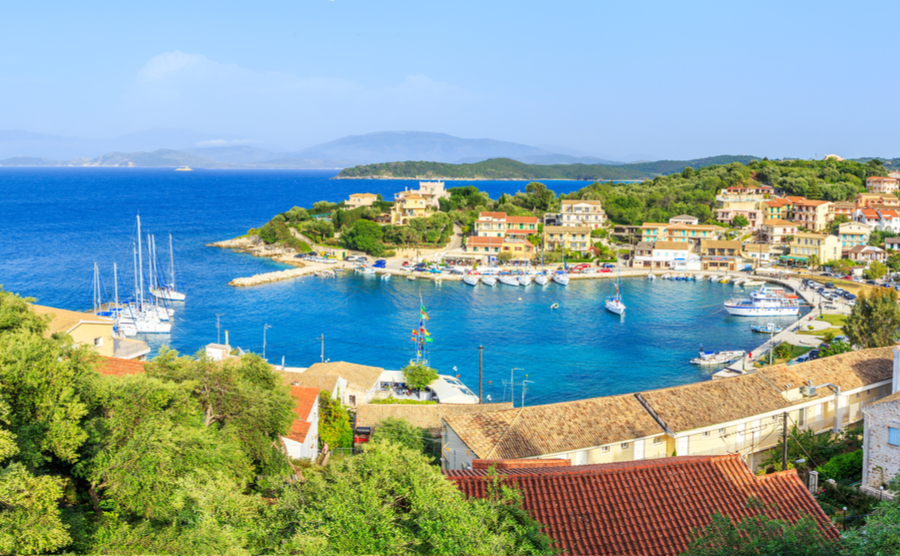 Brexit does not seem to have negatively affected the Greek property market so far.

In the current shambolic situation, we did wonder if Brexit was finally coming to do its damage as far as property purchases in Corfu are concerned. However, somewhat to our surprise, the enquiries and completions have actually increased to a higher level than it has been for years. Overall formal statistics in Greece are invariably very out of date, and far too generalised to be deemed accurate market pictures. You really can’t compare the market in the major cities with the market in the successful tourist islands. There are so few points of comparison!

If you are concerned about Brexit, put your mind at rest with expert advice from our trusted solicitors.

How are property prices in the islands?

Corfu and the islands never really had ‘fire sale’ prices, although obviously there were price reductions, and now we are finding that many of our sellers are even less willing to consider huge reductions. There are a variety of reasons for this, one is the general increase in tourism in Greece, and the resulting increase in income potential for a wide range of properties. This is due to the change in requirements for the establishment of a property as a holiday let, and the wide expansion of this market for all types of property.

Despite Brexit, enquiries and completions have reached a higher level than in recent years.

The economy is Greece is slowly improving, and Greece seems to finally be aware of not just incoming tourism, but also ‘residential’ tourism – those property buyers who contribute a huge amount to the economy not just in their purchase, but in their spend once they are owners here.

Is it worth using an auction to buy on the Greek property market?

A different way of purchasing seemed to be coming on the market a couple of years ago – property auctions held by the banks, on properties in default on loans.

There has been a large amount of publicity about this in the Greek press, but some auctions have been held. However the sites are basic, lacking in information, and it seems that the levels of sales are very low, with most properties not disposed of, and returning to the possession of the banks.

One of our own clients had previously tried to purchase an auction property via another agent. He had been told that the paperwork was liable to take several months, but had still paid the requested deposit. However a year later with no completion date in sight, he had unsuccessfully tried to get his deposit refunded. So far, he has not been able to obtain a refund of any kind and is not receiving assistance on this from either the agent, or his lawyer. It seems the system needs to get a lot more efficient and transparent before it is a viable method of purchasing property.

Make sure you know exactly what to look out for when you’re seeing homes with our free Viewing Trip Guide.

How easy is it to get finance?

The property market in Greece continues to be limited by a lack of finance. Since the economic crisis, banks have not had funds available to loan on properties, but gradually some loans are returning to the market. They are generally available on modern properties, and where the borrower has both a perfect credit history and a large deposit. A manager in one of the larger banks told me this week that they will consider applications from citizens of countries in the Eurozone, but they are not looking particularly favourably on non-Eurozone applicants.

One of the major casualties of the economic crisis was the construction industry. Until 2008 developers would build several properties to sell completed , but as the crisis deepened they turned more to ‘off plan’ purchases, and with a few exceptions this is still the situation today, particularly at the upper end of the market.

What are the biggest projects coming up?

However, construction is having a revival due to the high number of commercial tourism projects under way. In Corfu, in the last 3 years there have been 5*+ hotel openings by Ikos Hotels, Domes, Marbella, and this summer we will have the first Angsana Hotel in Europe, plus other areas in Greece are also seeing the expansion of the luxury hotel market.

Corfu is particular is still seeing a high demand for top end newly constructed properties, and there is also a good secondary market in the refurbishment of some properties built as high end properties in the late 1990’s and early 2000’s which need upgrading to compete in current markets.