You guide to owning a car in Cyprus

You probably know that you’ll still be driving on the left-hand side of the road when you get to Cyprus – what a relief! But what about insurance, petrol, tax and actually owning a car in the first place?

Unlike the UK where rush hour traffic jams are par for the course, Cypriot roads are a driver’s dream. Despite not having a motorway until 1985, today Cyprus boasts the most kilometres of motorway per capita among all EU members. This stat goes a long way to keeping the roads clear and journey times low. The island’s diminutive size also keeps your time behind the wheel to a minimum: Cyprus is just 97 kilometres wide at its widest point. Here’s our guide to owning a car in Cyprus.

Cyprus boasts the most kilometres of motorway per capita among all EU members.

Shipping your car from the UK

You should be able to fit your car into a 20 foot container, but make sure you budget for the quarantine and tax charges (£1,000 – £2,500) levied on importing vehicles. There is also the option of shipping your car by air, which is quicker, but more expensive. Or perhaps you fancy a 3,000 kilometre road trip from the UK, through the heart of Europe, to Greece, before hopping on a car ferry to your new home. If you like the idea of hitting the open road, remember to get a thorough service beforehand! 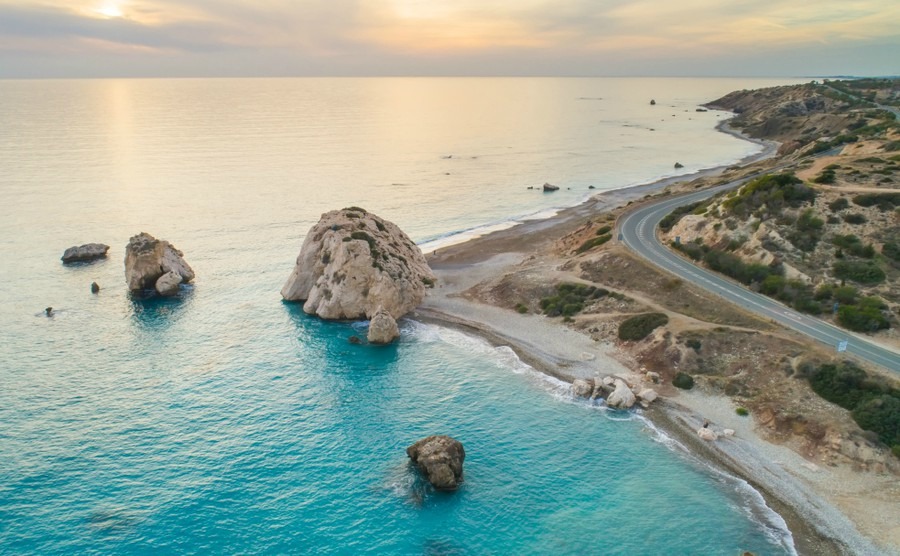 You’ll pass Aphrodite’s rock as you drive along the coast near Paphos.

Some people hire a clearing agent to deal with the paperwork once the car arrives. Required documentation includes your passport, driving licence, vehicle registration or logbook, a valid tax disc (for at least six months), valid insurance (for at least six months), the loading list receipt and documents that give proof of your country of normal residence. This service costs around €200.

The Cypriot Government’s Customs and Excise Department provides useful information on excise duty and its calculation. The site also advises on bringing in old or classics vehicles.

Buying a car in Cyprus

New and used cars are more expensive to buy in Cyprus than the UK. It may be more cost-effective to purchase a car on the island, however, if excise taxes add up when shipping yours over. It’s worth noting that cars tend to retain their value more in Cyprus than they do in the UK.

The cost of insuring a car is also much lower in Cyprus than the UK. If you import a car from the UK, it will need to be insured before you can drive it in Cyprus. According to the Cyprus Transport Department: “Before driving on the roads of Cyprus, a third party insurance cover by a Cyprus insurance company is essential unless the importer of the vehicle is in possession of an International Insurance Certificate (green card)”.

As an EU national, if you want to register and use your car in Cyprus, you must pay the following taxes: 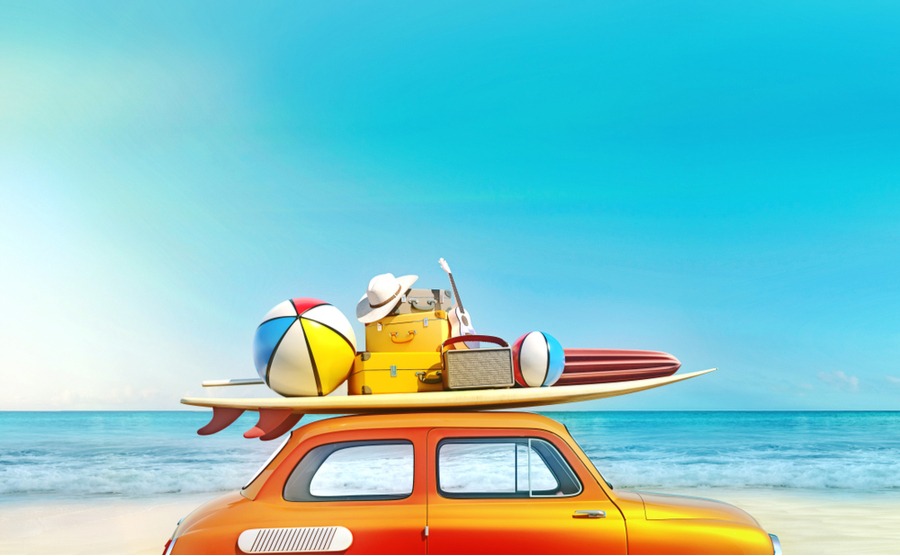 Ready for the beach? You probably can’t rely on public transport in Cyprus

If you are ready to buy a property in Cyprus and a car when you move in, you’ll have a few financial matters to sort out. For advice on currency, download the Property Buyer’s Guide to Currency.

• Like the UK, in Cyprus they drive on the left-hand side of the road.
• Children under five cannot travel as a front seat passenger.
• Eating and drinking while driving is prohibited.
• Wearing of seat belts is compulsory for front and rear seat occupants.
• The maximum legal level of alcohol in the blood is 0.049 per cent. Anyone suspected of driving under the influence of alcohol (0.05 per cent and over) may be required to take a blood test.
• Smoking in a car with a person present that is under 16 years is prohibited – a fine may be issued for failure to comply.
• Speaking on a mobile phone whilst driving is prohibited.
• All national driving licences accepted. Minimum age for driving is 18 years of age.