Living among the vineyards of the Troodos Mountains

Cyprus is awash with vineyards. There are over 50 wineries, stretching across the interior from Lefkara in the east and across the hills and mountains to Paphos in the west. The villages and country homes that nestle among the vineyards make a wonderful place to live, guaranteed to remain unspoilt, yet just a few minutes drive from the beach. A good way to investigate where to live is to follow one of the wine routes. Here are three in the Troodos Mountains.

At the end of each of these routes you will be able to actually taste the wine produced. There is simply nothing better than sipping wine in the fresh, cool air of the Troodos Mountain area and breathing in the wonderful smell of the tall, lofty pine trees that surround you.

They’ve been making wine in Cyprus for 6,000 years. There are many wineries in Cyprus making red, white, and rose wine. Don’t forget the local brandy too, which I think is just as good as its French counterpart! So, I want to share with you three of my favourite wine trails.

Read the Property Buyer’s Guide to Currency. It is written by our partner Smart Currency Exchange, rated “Excellent” on Trustpilot.

The ‘wine villages’ or ‘Krasochoria’ in Greek

You will find these on the slopes of the Troodos Mountains. There are about 20 of these villages and when you visit them, you will learn about the history of winemaking (and brandy-making) and see the wineries in active production.

Examples of some of these traditional wine-making villages are Kolossi (which, incidentally, is also home to the historical Kolossi Castle where the first King of Cyprus, Richard the Lionheart and his Knights of St. John lived and where the famous ‘sherry’, as I call it, “Commandaria” was born); Erimi, Souni (where many British settle), and Kato Platres.

There are attractive villages here with affordable property to buy. Check out homes in Kolossi, homes in Erimi, homes in Souni and homes in Kato Platres.

The villages pride themselves on keeping a variety of traditions alive, as well as their historical wine making. So you will find the locals doing lacemaking and serving the local smoked lounza flavoured with the village red wine, along with a wonderfully tasty cheese unique to Cyprus. The locals of the villages will tell you the best finger food combinations to have with your wine tasting. Note that these wines, particularly the red ones, are village wines and they are strong in alcohol content! However, they are delicious and will suit everyone’s tastes. 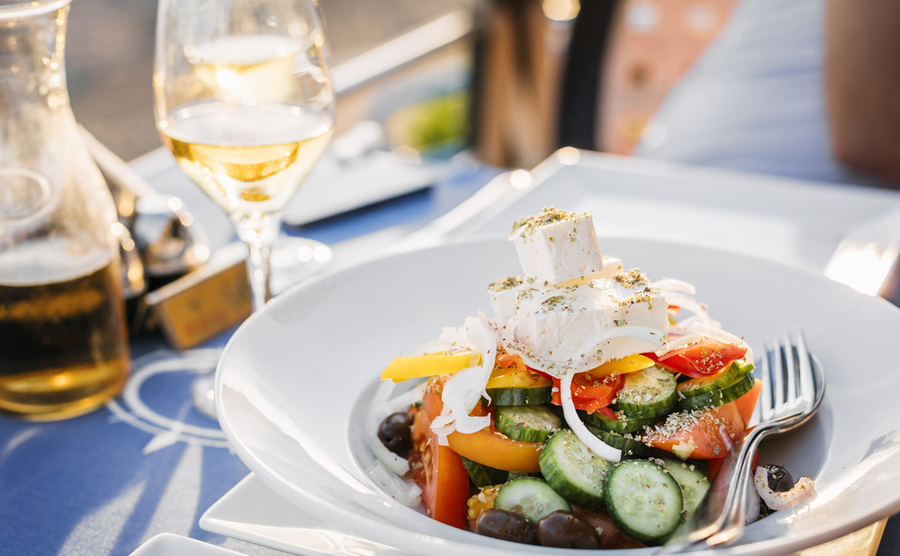 The villages pride themselves on their historical wine-making traditions.

This is a particularly nice wine area that I would recommend and it’s one of my favourites for wine tasting. It’s mainly because you will find it high up on the mountain slopes of the Troodos Mountains and so you have a great vantage point looking out over the surrounding landscape, along with the pretty terraced vineyards and pine trees.

The vineyards themselves are great to look at , especially when the unique white and red Cyprus grapes are ripe. So much time goes into caring for these vines and you will see that the locals are well-practiced in the art of vine cultivation. It has been their livelihood for thousands of years and Cyprus wines are very famous.

The vineyards remind me of those of the south of France, as they are set out in neat, tidy rows and the high altitude makes for a very rich wine. It’s not surprising, therefore, that the wines of this village and those in the surrounding area have won international wine awards.

The locals tell me that there are fourteen villages around the Troodos mountain slopes that make Commandaria. It’s made from sun dried red and white grapes and it’s this that gives it it’s deep red ‘sherry’ colour and its sweet, fruity, full-bodied, natural flavour. I would advise you to only visit one such Commandaria village, as this wine is very potent and the locals tend to give you a lot to taste!

The route you will take traces the path of the Knights of St. John when they were trying to find the best village that would produce the best Commandaria to be drunk, as according to history, they had been instructed to produce it for King Richard to drink at his wedding. Apparently, the name ‘Commandaria’ comes from the main area it was produced – known as ‘La Grande Commanderie’ coined by the French King, Philip Augustus where it won its first wine competition – and is now the village of Kolossi. Again, when you taste Commandaria, the locals will offer local haloumi and lounza, and you can taste the locally preserved watermelon rinds and orange rinds as sweets. These are preserved in a syrup.

Other villages in this area include Agios Mamas, Apsiou, Kalo Chorio, Kapilio and Louvaras. Click on the links to view properties in these areas.

Last, but definitely not least, I should also mention that Cyprus produces its own unique lager beer, called ‘Keo’. The Keo factory is found in Limassol, where it produced its first Keo beer and it still operates today. Now it has expanded to include fruit juice production and, of course, its official Keo brandy production can be found here.

It’s worth visiting the factory because the guided tours give you an interesting chance to see how the beer is produced. In fact, Keo beer was awarded the Queen’s Award for beer in I think, 1982, and it’s easy to see why. It is a very refreshing, golden lager beer that’s just great to drink on hot summer days here in Cyprus, and I thoroughly recommend it.

At one time, Carlsberg beer was produced in a Carlsberg beer factory in Cyprus for many years. This was great because both beers were running parallel to each other, and the Carlsberg one was exactly like the Carlsberg taste. But because of the general global cutting of costs, Carlsberg stopped producing their lager beer in Cyprus, and so this no longer exists. Carlsberg is still imported to the island though and served on draft and in bottles at hotels and restaurants, standing alongside Keo beer.

Located on the shores of Akrotiri Bay, on the southern coast of Cyprus between Paphos and Larnaca, Limassol – the island’s second largest urban area – is a tale of two cities: an intriguing combination of modern architecture and the remnants of the island’s turbulent and multicultural past. As tourism continues to boom, more and more overseas property buyers seek residency here and it has become increasingly popular.