Moving to some countries, you need to have your wits about you as a newcomer, to avoid causing offence. The great thing about living in Cyprus is that it is such a friendly and easy going island that it’s quite difficult to offend a Cypriot.

Cypriots are good at not showing what they really think or appearing to be quite tolerant. It’s only a layman’s view, but I think this is down to how many conquerors have come and gone over the centuries and how local people have had to adapt to and adopt the mores of whomever has been in power at the time.

I imagine this could develop into a characteristic of keeping your innermost opinions to yourself.

Cypriots enjoy a drink but don’t make a habit of drinking to excess and making nuisances of themselves to other people.

So my list of what to do and what not to do may seem a little thin, but here goes:

Don’t cross your legs in church!

I’ve been rapped on the knuckles once or twice for this when in an Orthodox church for a wedding or an event. Likewise, dress with modesty and respect when you enter a church.

Avoid talking about the division of North and South

If you honestly do not believe that what you want to say about ‘The Cyprus Problem’ is very knowledgeable, and you are not prepared to back it up to the near death – really – it’ s best to avoid this topic! You will find the odd Cypriot who is able to entertain different views but, in my experience, most have deep-seated views on their island’s political problem. Discussing it as though it is philosophy does not go down well. 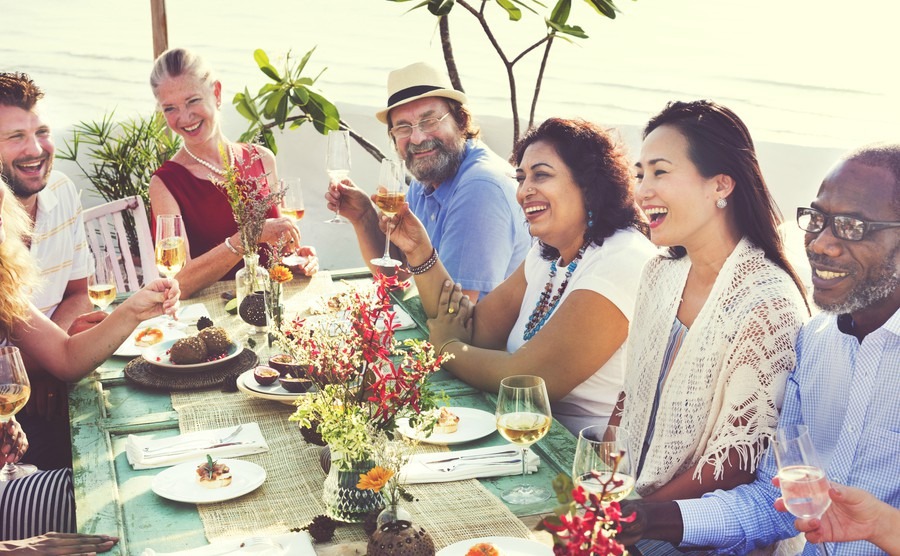 It’s hard to come up what a list of do’s and don’ts for behaviour in Cyprus but a few tips stand out.”

Don’t get drunk in public.

Plenty of British people do, both tourists and residents. Unlike the inhabitants of a lot of Northern European countries, the UK included, Cypriots enjoy a drink but don’t make a habit of drinking to excess and making nuisances of themselves to other people. Frankly, they find it rather unpleasant.

Be prepared to be asked a lot of nosy questions.

Possibly because the population of Cyprus is small and there are a lot of connections amongst people (you soon realise you and a stranger have a common friend or colleague or doctor or accountant or hairdresser) it pays to be on good behaviour when you meet new people. I find that Cypriots are pretty friendly and pleasant, so follow suit.