Six months on from Brexit, what’s changed for Brits living in Cyprus?

The U.K’s exit from the European Union took place amid much dread on the part of Cyprus as a whole and its proportion of British residents living here.

Many of the British people that I know here were anticipating a negative fallout from Brexit. Their fears ranged from the certain need for new tangled bureaucratic procedures in terms of inevitable new arrangements that would be required in Cyprus, to not being able to access their favourite British foods in the supermarkets or buy clothes from retail chains here that are also found in Britain like Top Shop, Mango, and others.

I think British food products and being able to retain a part of Britain in their lives have always been a big selling point for Cyprus that have helped the British to retain their love of this country. These factors could be relied upon to endear Cyprus to its British residents.

The question is – have these fears been realised, post-Brexit?

Actually, the sheer domination of the Covid-19 virus globally, and of course here in Cyprus, seems to have snuffed out focus on any post-Brexit effects. But they were beginning to show pre-Covid.

The first area of change focused on whether the British would be allowed to continue residing in Cyprus. My British friends were genuinely concerned that they would have to leave after the transition period had ended in January, 2020, since they were now considered as third country nationals from the EU perspective. 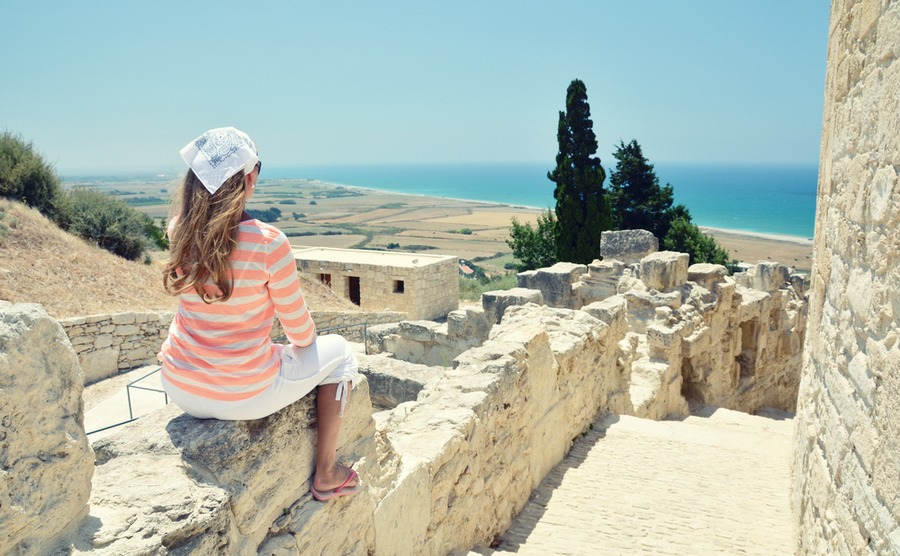 Cyprus agreed with the EU that it would preserve the right for British people to acquire long-term residency on the island.

At first, Cyprus was expected to consider the British in this way – as EU citizens no more (I remember one of my British friends commenting that they were now EU citizens fallen from grace) – but it was fortunate that Cyprus decided to acknowledge and respect the contribution that the British on the island had always made to the Cypriot economy and its society. They therefore agreed with the EU that it would preserve the right for British people to acquire long-term residency on the island.

This meant that the British did not have to pack up their belongings and sell the homes that they had invested in on the island. This was a big relief. Any British people already living here pre-Brexit can also retain their right to work here too.

Those who arrive now, after the U.K. has left the EU, need to go through complicated third national residency procedures through the immigration department.

Residency also continues the life-long healthcare rights in Cyprus that the British here are entitled to, and there is now also the opportunity for the British to obtain new, Cypriot state healthcare, known as GESY, which is modelled roughly on the British NHS.

For the British here, the GESY system means that they do not have to turn to private, specialist health practitioners who charge private fees, as they have had to in the past. You simply register on the GESY system online – no more endless visits to government offices for  the typical form-filling!

GESY offers specialist medical services (and it has recently added dentists to its list of services) at less expensive fees than the private sector. But not all British residents are eligible for this – it depends on the length of time you have been living in Cyprus.

Your viewing trip is a crucial period where you can really narrow down our property hunt. Make sure you’re fully prepared with your free Viewing Trip Guide.

Changes for the old and young in Cyprus

Pension arrangements also remain unaltered – the British here continue to receive their U.K. state pension here in Cyprus, although the amount of pension they receive has been lowered.

For the British over here like myself who are below retirement age and have raised families here, the main problem post-Brexit is university education. 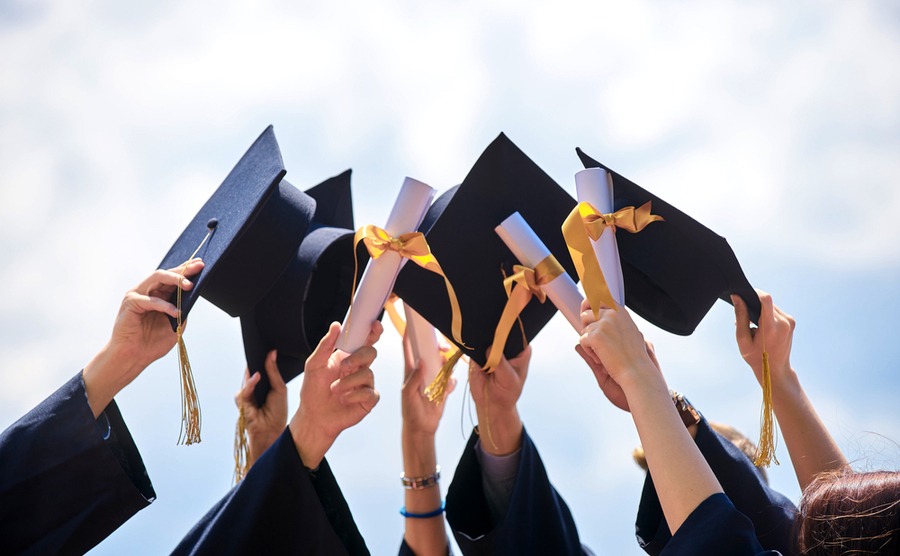 In a nutshell, unless a student is classified by the U.K. as a home student, which now seems much more difficult to prove, the fees are extremely expensive. For example, a first year undergraduate student used to pay £9,000 in tuition fees when the U.K. was in the EU. Now the fees are £12,000 or more, depending on the subject.

It has caused a nightmare for potential Cypriot students, who have always seen the U.K. as the number one for university education and life.

Similarly, the tuition fee for Masters degrees is now on average £25,000 for Cypriot students and then there is high accommodation fees on top. To be honest, this has angered Cypriots here and regrettably for the U.K. the guarantee of a strong Cypriot student population attending U.K. universities has currently all but disappeared. Many young Cypriots have chosen EU universities in Germany and France and have shunned U.K. higher education.

Can you still get British food in Cyprus?

The costs of importing British foods and other products have also risen. We used to get a complete range of British tinned food here, among others, and our Cypriot supermarkets had established deals pre-Brexit with Sainsburys, Tesco, and Iceland in the U.K to sell their food products in Cyprus’s shops. 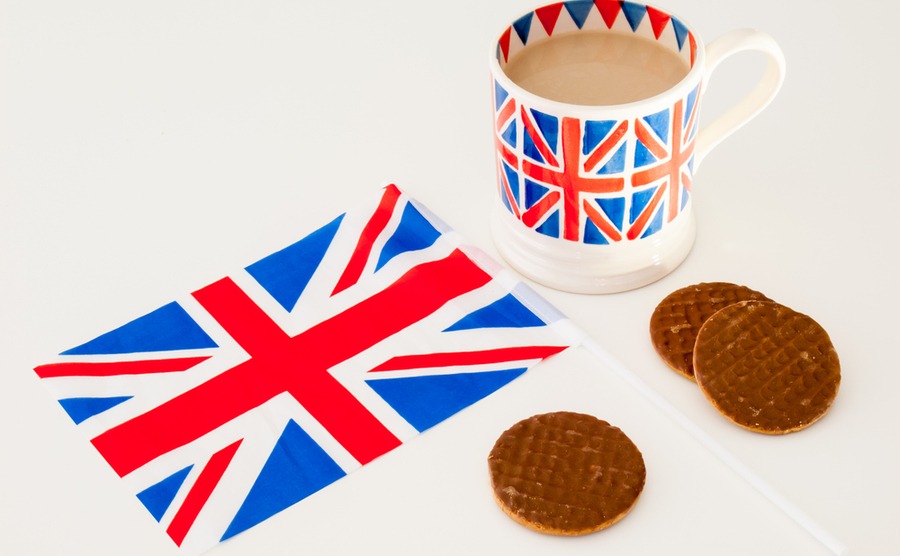 I’ve noticed recently, though, that it has become harder to obtain traditional British foods in the supermarkets. I asked the shop owner, and I was told that it is the fact because the cost of importing these products has tripled or even quadrupled meaning the supermarket would have to charge very high prices for the product. Therefore, the products have been priced out of the market.

There is also huge amounts of paperwork now for shop owners to complete, and customs duty has risen. I think that this, combined with the effects of Covid-19 virus on supplies of these products, will see the range of British products getting smaller as time goes on. But some British products will always be there – it is just the variety that will be limited.

Cypriot attitudes towards the British post-Brexit

It is also true that some Cypriots have reacted negatively to the British since Brexit took place.

Some of my British friends have sensed this, especially in the initial months post-Brexit. To understand this, you have to remember that Cypriots have always respected and even looked to the British for informed guidance, even in their turbulent Cypriot history under British colonial rule. It is something that will always remain, whatever happens, and I believe that this is going to help the British to maintain their ties with this island.

In other words, Cyprus always looks out for them, including now, post-Brexit. But still, the fact that Britain has severed ties with the EU feels to the Cypriots like they have cut out Cyprus.

Some Cypriots have taken this personally, but they also know that it is not the British per se that have taken this life-changing decision, but the politicians. So, while they are surprised, Cypriots are so used to political upheaval that they remain as hospitable and welcoming to the British who are here and will continue their warm relationship with those that intend to live here in the future.

This, coupled with the fact that Cyprus will always have wonderful sand and surf makes it an excellent place to live, despite Brexit.

Currency is an area where you will need to get a grip very quickly. Read the Property Buyer’s Guide to Currency. It is written by our partner Smart Currency Exchange, rated “Excellent” on Trustpilot.

Helen left the UK to live in Cyprus in 1994. She married her Greek Cypriot husband and moved into the dream house that they had built. She has two children, whom she has raised in Cyprus. She has taught English Language/Literature to Cypriot children/adults, and is currently a freelance editor. She says: “It’s a slower lifestyle than the UK, with the added bonus of feeling safe. Cyprus is steeped in history and culture, and the British are always welcomed here. Cypriots are great people and I have many friends who are British and other nationalities too!”