The launch of a new airline next month is about to unlock the door to three exciting destinations for British residents in Cyprus. Cyprus Airways has announced it will be providing services to Heraklion in Crete, Rhodes and Tel Aviv, with more routes in the pipeline.

British residents in Cyprus are in the enviable position of having glittering seas, golden sands and sunshine on tap; but their adventurous spirit often leaves them looking further afield. They are well placed on the map to satisfy this travelling bug, with the Middle East and south-east Europe just a short trip away. Accessing this fascinating part of the world is about to get even easier when a new airline takes off from the island next month.

Larnaca-based carrier Cyprus Airways will launch operations in June using an economy-class, 144-seat Airbus A319. The start-up carrier recently announced its first three routes will be whisking passengers away to Heraklion in Crete, Rhodes and Tel Aviv, with two additional destinations to be announced in the next few weeks.

Tickets are already available on the Cyprus Airways website for the Rhodes service, which will officially launch Cyprus Airways’ journey into the skies on 23rd June. For around €50 (£42) you can head to the largest of Greece’s Dodecanese islands and it will only take 75 minutes – that’s over two hours quicker than flying there from London. Rhodes is renowned for its popular beach resorts, mountainous interior, ancient ruins and eight sunny months a year; making it a great destination for intrepid Brits from Cyprus. 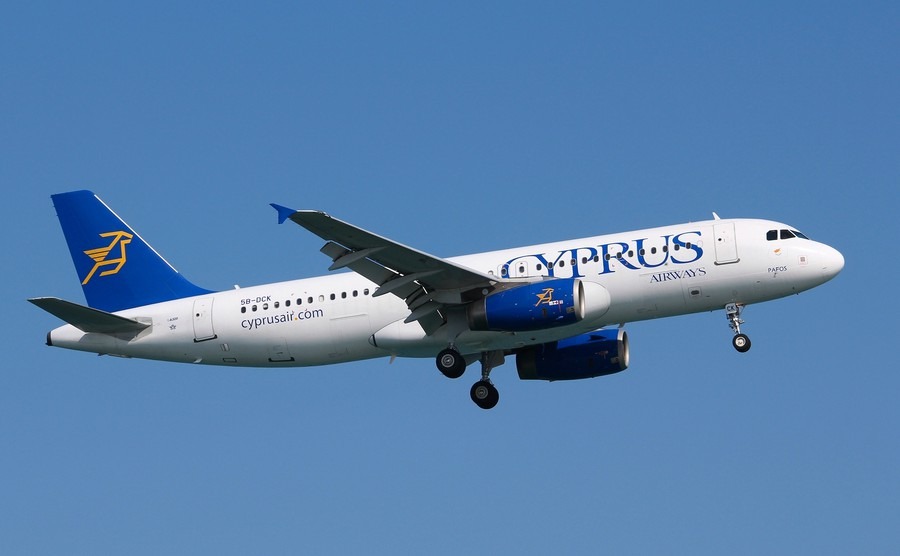 Take a break by jetting off one of Cyprus Airways’ new routes (Tupungato / Shutterstock.com)

Tickets are also on sale for the inaugural service to Heraklion: the largest city and the administrative capital of the island of Crete. The first flight departs from Larnaca Airport on 24th June and will take just 1 hour 30 minutes. Once there you can explore the island’s pink-sand beaches, snow-capped mountains and Europe’s longest gorge. The quiet villages and their rural tavernas, which produce delicious homemade meat, cheese, olive oil, raki and wine, are also well worth a visit.

Tickets are already available on the Cyprus Airways website for the Rhodes service, which will officially launch Cyprus Airways journey into the skies on 23rd June.

Anyone wanting to hop across the Mediterranean to Tel Aviv will have to wait a little longer for details of the schedule, ticket sales and prices. Once it gets off the ground you will be able to reach Israel’s second-largest city in just one hour. Known as the ‘White City’, courtesy of its UNESCO-listed Bauhaus-era buildings, this modern, vibrant and cosmopolitan destination also offers visitors contemporary art galleries, chic cafes, artisan boutiques and sandy beaches.

“This marks the start of the first phase of our operation” said Natalia Popova, Commercial Director of Cyprus Airways “We are thrilled to launch our website and start selling on airline tickets to Heraklion and Rhodes. In the coming weeks we will gradually add additional tickets for routes, offering more travel opportunities for our passengers”.

So keep an eye out for Cyprus Airways’ revised and extended flight schedule, which is due to be implemented in March 2018 with the arrival of a second aircraft. While plans are already in progress to add more aircraft to its fleet by the end of next year. Cyprus is your gateway not just to year-round warmth and sunshine, but the excitement of starting a new life in a very different part of the world.