Did you know that Cyprus is an A-list hotspot? Whether it’s a holiday in a luxury resort or a trip to a holiday home on the coast, celebs like nothing better than heading to the year-round Cypriot sun for a break from their busy schedules.

Follow a few celebs – from A to D-list – on Instagram and you will soon realise two things: that you are jealous of the number of holidays they are able to take, and that like you they are also partial to a trip to Cyprus. It’s not only destinations like St. Tropez, Ibiza and the Caribbean that attract these lucky few.

As you browse the stream of snaps from this sun-drenched island, you will probably have Skyscanner open in another tab on your iPad, so you can book a budget flight there yourself, ASAP! So which celebrities make the pilgrimage to Cyprus for a spot of R & R?

Cyprus attracts everyone from TV chefs, TV presenters, footballers and WAGs to musical royalty and Hollywood A-listers. During the day you could find yourself frolicking in the sea next to Coleen Rooney, Rio Ferdinand, Denise van Outen or Paul Hollywood – who actually lived here for six years – before spending the evening eating a spot of seafood in the same restaurant as Diana Ross, Rod Stewart, Leonardo DiCaprio or Michael Douglas and Catherine Zeta-Jones. Ok so Coleen Rooney is far too famous to mingle with the great unwashed, but beggars can’t be choosers.

Even royalty and knights are known to enjoy Cyprus. Sir Paul McCartney used a ‘Ticket to Ride’ there recently, while Sir Elton John was heard shouting “Don’t Let the Sun Go Down on Me” as he left the island. And Prince Albert of Monaco chose to stay at the Anassa Hotel, a five-star luxury hideaway near Paphos – a popular spot with the top stars.

Could you adapt to a celebrity lifestyle in Cyprus?

According to a spokesperson for the Anassa “The hotel is set in one of the most beautiful, if not secluded, parts of the island, it has its own private beach, and its very own signature restaurant with a gourmet menu that serves only 20 people”

Another celebrity hotspot is the beachside town of Limassol. Particularly the Columbia Beach Resort, located just outside the city in secluded Pissouri Bay, which is a favourite of stars such as Sex and the City’s Kim Catrall and singer Mariah Carey. Prince Harry was spotted in one of the resort’s restaurants during his time serving in the British Army.

We don’t have the space to run through all the celebs who like soaking up the Cypriot sun, so let’s take a quick look at the members of the glitterati who were so taken with the island’s charms that they purchased their own holiday home here.

Multi-award winning singer, songwriter Shakira, who has sold between 50 and 60 million records world-wide, owns a villa near Paphos. The star uses it for much needed family getaways with her partner, Barcelona FC footballer Gerard Piqué, and their two young sons. 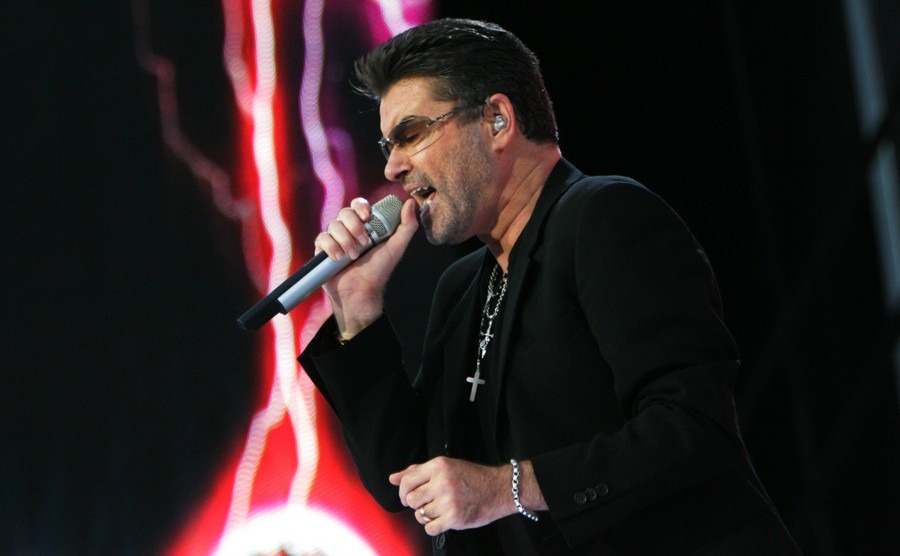 The late great George Michael had a villa built in the land of his father’s birth back in 2013. Located on the edge of a banana plantation in Peyia, near Paphos, the property stands out for combining luxury with nature.

Multi-award winning singer, songwriter Shakira, who has sold between 50 and 60 million records world-wide, owns a villa near Paphos.

Slightly further down the celebrity pecking order we find another singer of Greek-Cypriot decent who owns a pad in Cyprus. For around £2,300 a week you can even rent out Peter Andre’s sun kissed villa in Larnaca, which comes complete with private swimming pool and tennis court.

While we might all like to live the celebrity lifestyle and be on one endless holiday in our luxury villa on the shores of Cyprus, for most of us 9 to 5ers and retirees our holiday home or life as an expat will be achieved on a more modest budget. It only takes a bit of research to realise the island is awash with property for every budget. It might be slightly less glamourous, but who wants to be hounded by the paparazzi anyway?