The World Tourism Organisation has released its list of the best tourism villages in the world, and one Cypriot village has secured a place.

The pretty village of Lefkara has made it onto the World Tourism Organisation’s list of the best tourism villages in the world. A total of 44 villages from 32 countries were given this recognition, each evaluated on a set of nine criteria. These included cultural and natural resources, economic, environmental and social sustainability, and tourism potential. The World Tourism Organisation described the initiative as recognising “those villages committed to making tourism a strong driver of their development and wellbeing”.

Find homes in Lefkara and the rest of Cyprus

What makes Lefkara so special?

The name Lefkara comes from the ancient Greek words ‘lefka’, meaning ‘white’ and ‘ori’, meaning ‘mountains’, so unsurprisingly it is extremely beautiful. The village also ranks well for social and environmental sustainability.

The story goes that  Leonardo Da Vinci came to Lefkara at the end of the 16th century and bought some of the traditional Cypriot embroidered lace from the villagers. The lace is already a UNESCO heritage item, and the lacemaking art has been passed down to generations of Lefkara villagers. You will often see young people among the older villagers continuing the lacemaking tradition and producing wonderful tablecloths and lace throws. Lefkara lace bedspreads are still given as family wedding gifts at traditional village weddings all over Cyprus. 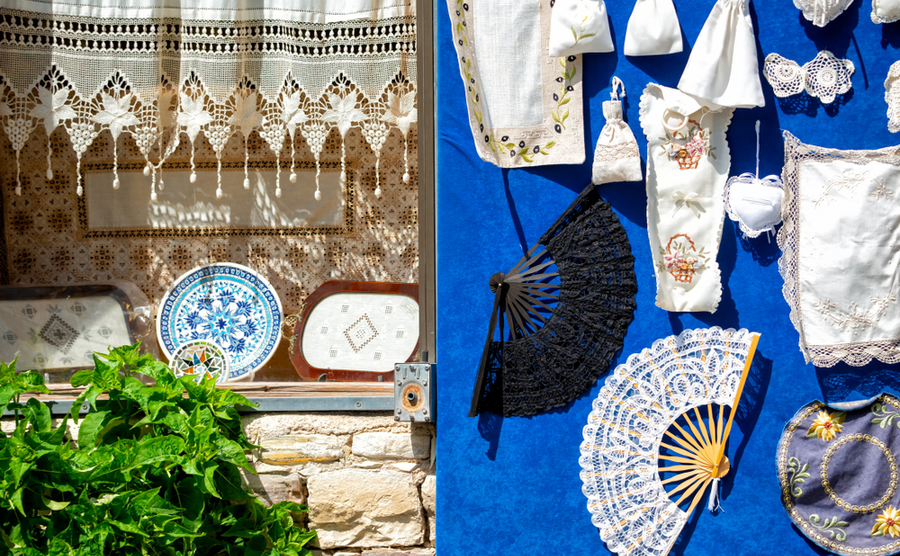 Lefkara is not only known for its lace, but its silver making too. You can see silver items, jewellery and lace, along with the stories behind the traditions, in the small museum at the heart of the village. When I last visited the museum the silver was still being made and you could buy silver items from there.

The architecture of the uniquely village-styled houses is worth seeing as well. The good thing about village houses in Cyprus is that if you choose to live in one, you aren’t allowed to paint the outside walls a different colour. So, all the houses remain as they were when they were built.

Every village has its own church, usually both geographically and socially at the heart of the village. The Timios Stavros Church in Lefkara dates back to the 14th century. It’s well worth a look because it has been maintained very well over the years and is still in all its original glory.

A kilometre down the road from Lefkara is Terra Oliva. This is an organic olive farm where tourists can visit and explore the olive fields. You can also see how olive oil is made there.

The traditional main dish of Lefkara is baked lamb and potatoes, called ‘taro’ in Greek, and you can eat this food in any of the small Lefkara restaurants that you come across as you explore the village. 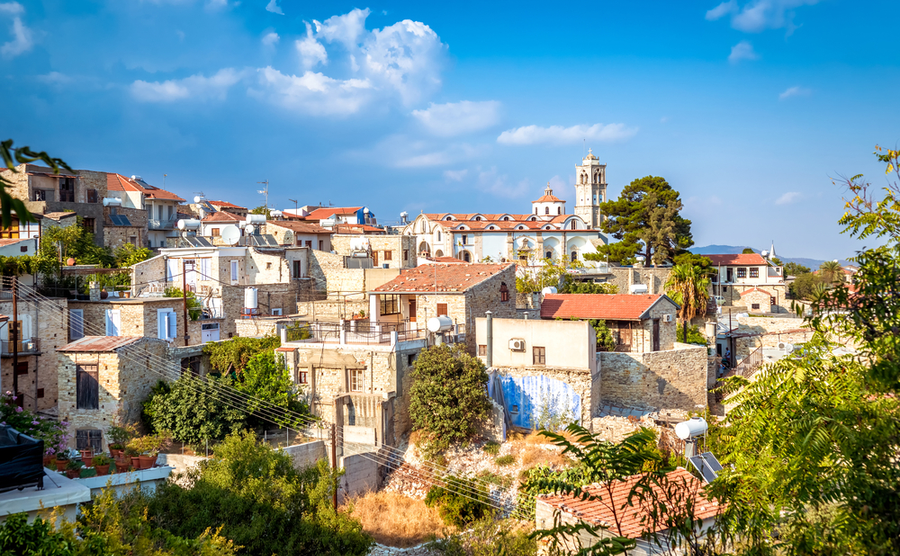 I must mention a fantastic village café that you can find a little further on from Lefkara that you must visit. It’s called ‘Jar’ and is run by a traditional Cypriot family. You will find it in the village of Kato Drys (pronounced ‘Dris’) between Lefkara and Platanos villages. I actually came upon it by accident and it’s a place where you can enjoy the laid back village lifestyle traditions. The owners prepare a wonderful breakfast of haloumi, lounza, or good British bacon and eggs (and you get so much on your plate it could also be eaten as lunch!).

There’s also a range of different local Cypriot and cheeses, along with European ones like Brie, Danish Blue as well. And if you prefer homemade marmalade and jam (made by the family owners on the premises) with lashings of butter on several tasty types of Cypriot bread, it’s all there. Not only that, but if you’re a fan of British scones, jam and cream like me then you can sit down to an absolute feast!

Prices are particularly reasonable, but make sure you’re hungry as servings are huge! There are only one or two tables at this café, because the owners believe in serving few people in the very best way, and so you will need to telephone the café to make a reservation at least one or two days in advance!

Fancy buying a property in Lefkara? Your viewing trip is a crucial period where you can really narrow down our property hunt. Make sure you’re fully prepared with your free Viewing Trip Guide.