I’m writing to you now whilst in the middle of a heatwave in Cyprus. With temperatures in the summer months reaching mid to top 30 degrees Celsius, it’s topical for you to know ways to keep cool! There’s more than just air con, and those of us who lived here before home A-C became widespread have a few tips and tricks up our sleeves! 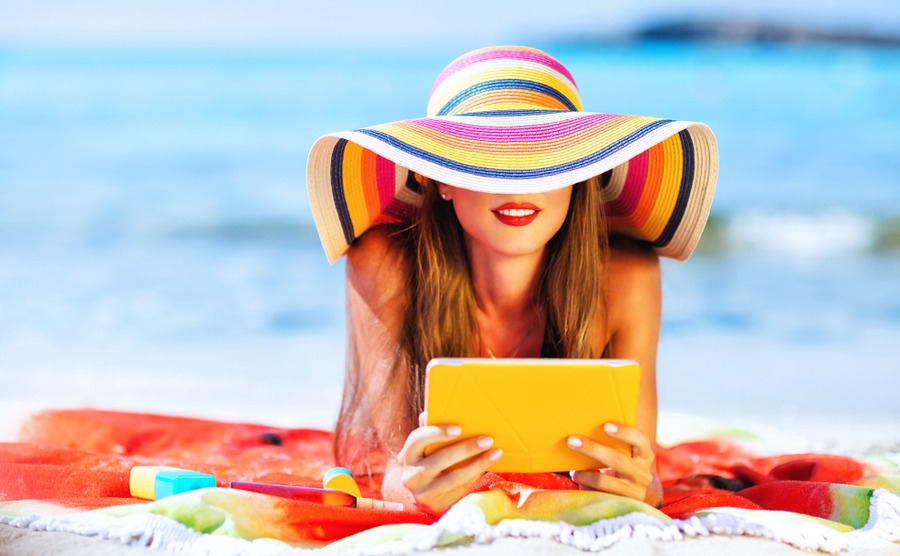 Find out my top ways to stay cool in Cyprus in summer.

I know this sounds obvious but you will be surprised at how many people here did  not use air conditioning a few years ago. When I first came to Cyprus in 1994 air conditioning in homes did not exist. In fact, you could only just about find it in the larger shopping stores. I remember running into large stores just to escape the hot sunny rays. At that time people used to use fans – the freestanding ones – in their homes. These were just about sufficient. They keep you cool, but you do not feel cool until they have been on full blast for at least an hour. But they are cheaper to run than air conditioners. A handy tip I’ve found is to close all your windows and doors in your home, and this helps to keep the cool air created by the fans inside. A good thing about fans is that they are very portable and you can carry them from room to room. Some of my friends use two or three fans at a time, depending on the size of their room.

You could turbocharge your buying power by purchasing with family – download our Buying with Family Guide and learn how joint ownership works.

You can buy them quite cheaply in Cyprus, especially since sleek air conditioners are now the norm. They range in price from very cheap, say 20 euros up to about 30-35 euros. I have to say though that the lower priced ones reflect cheaper quality too, meaning they can break easily. A fairly recent development for fans is the ceiling fan. These have become very ornate and are actually quite effective, but you should expect to pay at least 100 euros for them. And don’t forget that you will also need to pay installation fees too. I have found that Electroline, an electrical goods shop in Limassol keeps its charges for goods installation comparatively low. This shop is found in the main towns.

Ok, so what about air conditioners I hear you ask. Well, I strongly advise you to have these in your homes. Again, prices vary according to the size. As a rough guide you will need a smaller one (approximately 200 btu) in your smaller rooms like bedrooms and a larger one (approximately 800+ btu) in your bigger rooms. You will also find that you pay more for a branded air conditioner like Sharp or Phillips, but I have found that other makes are just as good. Remember that air conditioners come with a 2-5 year warranty as standard, but you will need to factor in labour and installation charges.

I alternate between my trusted fans by day and my air conditioners by night.

But what’s so good about air conditioners? For me, it’s mainly the speed at which they cool your room down. But they are expensive to run in terms of electricity consumption. This is why I alternate between my trusted fans by day and my air conditioners by night. If you really want to splash out, you can now find air condition systems that operate from concealed positions in the ceiling so they don’t look obtrusive, or you can pay for the compressors to be concealed as far as possible. That way you avoid the ugly looking compressor unit hanging from your house wall, which has somehow never disappeared yet

Escape to the sea

This is another way of keeping cool! And it’s probably the most common. It’s true that when you’re swimming or playing around in the sea, you keep cool. But of course there is one big disadvantage. And that’s sunburn. I’ve learnt from experience that you must always slap plenty of sunscreen on when you go in the sea because in the summer months the sun beats down from a cloudless sky and it’s so easy to burn yourself badly, even under the water! The sun seems to mix with the salt on your skin and you could fry if you’re not careful. Cool off when the sun is at its weakest, which is 5 pm-7 pm. Believe me, the sea is much more refreshing then too. You can combine this with a cooling iced frappe coffee drink (the original summer coffee drink of Cyprus) or enjoy a pint or two of wonderfully cold beer/lager on draught (you will never get ‘warm’ beer in Cyprus). Or simply ice cold soft drinks or spirits. Another tip – brandy sour is the traditional Cypriot summer drink – and it’s wonderfully cooling and refreshing! Some people swear by hot or spicy food to cool themselves down – a bit like having a bite of cold ice-cream in winter to kickstart your body into warming up. 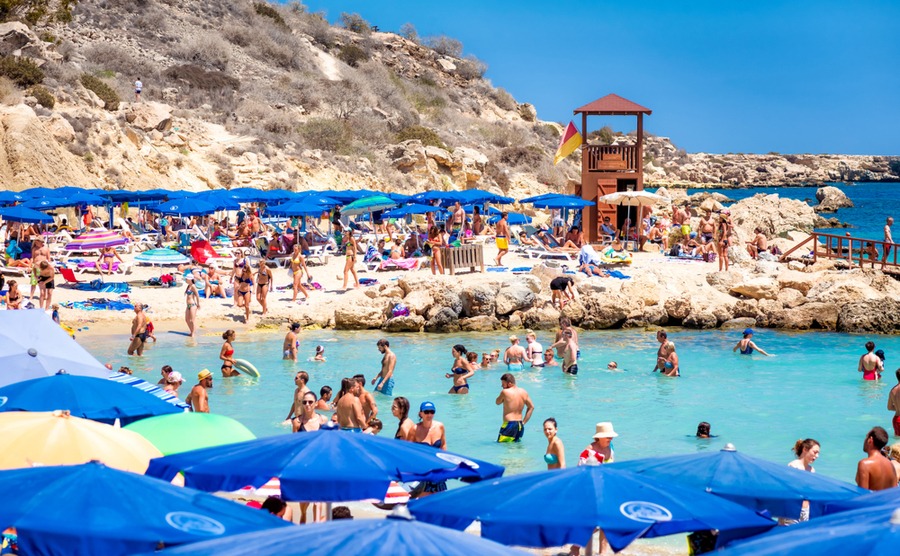 Many people escape to the seaside or mountains when the heat hits.

Thinking about frappes, you should buy a frappe making machine for your kitchen. These are simple, cheap machines that give you the typical frothy coffee mixture of a traditional frappe that you can buy in the cafes. I always drink many frappes at home during the day to continue my coffee fix of the winter months!

Escape to the mountains

Last but not least, you can escape to the cooler mountain air. I always feel I need to do this during the long summer months here. Towards Troodos the air is noticeably cool, and it’s a great way of recharging your batteries and finding peace away from the hustling crowds of the main seaside towns in the summer. It’s a great way to cool off as you take on hikes and nature trails or cycle up the winding mountain roads.

Make sure you take advice from qualified lawyers when buying in Cyprus. We can provide you with introductions and recommendations – fill in our enquiry form today and we’ll be in touch with contacts to fit your needs.

You will find brilliant tavernas where you can stop and unwind with a cool lager or beer and just relax in the cool evenings. I would also recommend the wonderful milkshakes island wide. These have real ice cream in them and they are so refreshing and creamy – and massive! And not forgetting the Cyprus ice cream. This is homemade by local Cypriot companies and it has a brilliant taste. Personally, I would recommend trying the chocolate flavour to start with! You can also find Nestle, Magnums, Boss ice cream among others too.