It’s time to take another look at Ayia Napa

Ayia Napa has gained notoriety as a clubbers’ paradise for younger Brits. But as our writer there explains, there’s a lot more to this sundrenched side of Cyprus than you may think. Here’s why we love it.

Before I came to live in Cyprus I visited Ayia Napa in the hot summer on an 18-30s holiday from Britain. “Why Ayia Napa?” I hear you ask. Because it had at that time just become the second Ibiza. It was full of the latest trendy nightclubs paralleled with good food, sun and sand.

Now I live in Cyprus. And I have watched Cypriot and mainly British youth continue the clubbing tradition in Ayia Napa. I remember my Cypriot students telling me that they couldn’t wait to finish school for the summer holidays and go there. Twenty years ago the main towns of Cyprus had night clubs, but they were small and definitely very basic. So the Cypriots would go there for the new fashionable clubs. The British also went there for the party scene, lured by cheap flights and package deals. But you know, Ayia Napa is not all about clubbing. Here’s why.

Find homes in Ayia-napa via our property portal.

Shaking off its reputation

In 2013, Ayia Napa had had enough of young people trampling its old village streets, loud music, and late nights. Yes, you could say this tourism has greatly benefited the island. It has put Cyprus on the map. It was featured on Channel 4 television and all tour operators were constantly promoting it so it meant that Cyprus receives guaranteed tourism revenue annually from Ayia Napa. And Cyprus still relies on tourism for its economy. But the Cypriots living there were getting fed up. They felt their town was ruined, and they made their opinions known to the Mayor of the town. It was agreed that although it would take time, things had to change.

Well, a new tourism strategy for Ayia Napa is intended to change it for the better by 2030. Although the night clubbing element will still be there, it will be well scaled back. The word is that nightclub hours will be much reduced, and the current millions of alcohol drinking offers will stop. The Mayor definitely wants quality tourists, not tourist quantities anymore. He is promoting a safer, cosmopolitan feel to the town and has closed down problem nightclubs, and increased policing to protect the quality tourist and visitors. 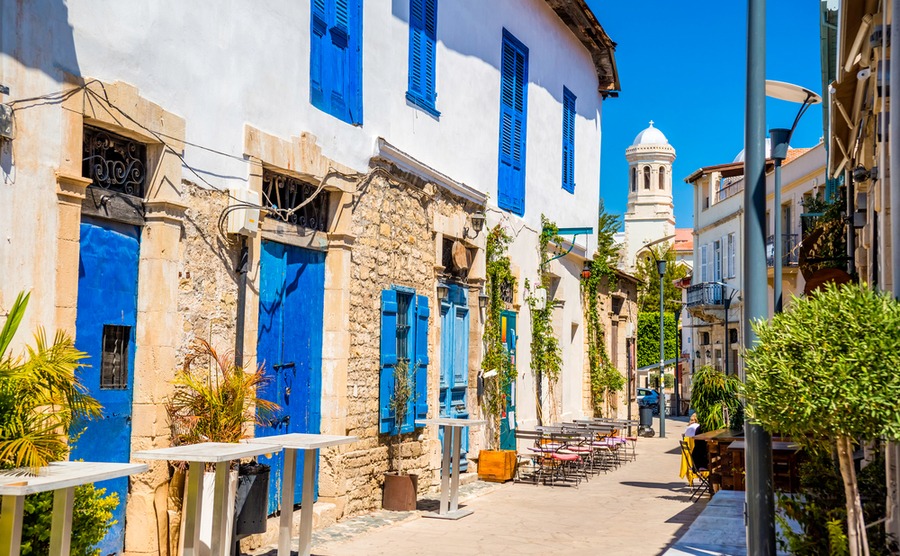 What else does Ayia Napa have to offer?

It has 27 beautiful sandy beaches lining the edge of the bright blue Mediterranean Sea. Fourteen of these have been awarded the Blue Flag. Nissi beach is the most well-known. It’s been ranked as first in Trip Advisor’s list of best beaches in Europe.

While others have become hotel resorts offering a choice of holiday activities and amenities onsite. As in the other main towns, non-residents can visit these hotels as well and enjoy a coffee, scrumptious food or you can stay there for a mini-break.

The main historical interest is the medieval Ayia Napa monastery. Near the monastery you can visit the archaeological site where there are rock cut ancient tombs. At Cape Greco Bay on the edge of Ayia Napa you can find sea caves.

Water sports are aplenty here, as with the other main towns. You can hire a boat for the day or take up any water sport you fancy. Talking of water sports, there’s also a brilliant Water Park in Ayia Napa. Great for children and adults alike. It’s very safe, equipped with safety equipment and lifeguards.

A fairly new addition that I’ve seen in Ayia Napa recently is the Sculpture Park. This has some very interesting sculptures.

A marina is currently being built and is due for completion in 2021. This is going to be great because you will be able to sip your coffee or wine and look out over the peaceful Mediterranean! You’ll be able to get wonderful fresh food, mainly fish and seafood, in the restaurants there. Restaurant owners have upgraded their restaurants. I’ve noticed that the restaurants outside the main square (that contains the nightclubs) are much improved. This is where you can eat – away from the noisy nightlife.

There are many hiking and nature walks organised around Ayia Napa and into the nearby villages like Proteras. Also cycling events are organised here.

I have lived in Cyprus for many years, and it has become my adopted home. So I am pleased that Ayia Napa is starting to slowly change for the better. I’m also pleased that the town wants to improve its reputation abroad. And so for those of you who want to come and join me here in Cyprus, I hope that by reading this article you will see that there is another side to Ayia Napa. It’s as easily accessible as the Ayia Napa nightlife. I’m hoping that by 2030 it will dominate Ayia Napa’s current clubbing reputation.