How to make friends in Cyprus

Moving to Cyprus is an exciting adventure, but it can be daunting to leave friends and family behind. Fortunately, locals and expats are welcoming and sociable, so you’ll find plenty of chances to meet new people.

Making friends when you move

I have to admit, it was a big thing for me to come to Cyprus to live because I had to leave my friends in the U.K. behind. At the time, I only thought about this for a little while, because there were many other important things to consider about a move to Cyprus. So for me personally, it was only after I had got used to the Cyprus culture and way of life that I began to notice that my friends were not there. Until then, I had made friends mainly with Cypriots that my Cypriot husband and I came to know from work, along with one or two British friends that we came across along the way. And twenty years ago when I came to Cyprus, I can tell you that there were no sports groups or clubs, and no meeting groups of any kind. But now that has all changed. With more and more Europeans coming to Cyprus to live, particularly the British, there has been a similar surge in new groups and clubs being established on the island. I have found many new, great friends this way – and that is good news for all of you who want to come and live here. Let’s have a look at what is on offer to help you find friends here.

Get your free tickets to the Your Overseas Home show in London on 7th March to speak to experts in all aspects of buying in Cyprus – property, law, finance, removals – all gathered under one roof. 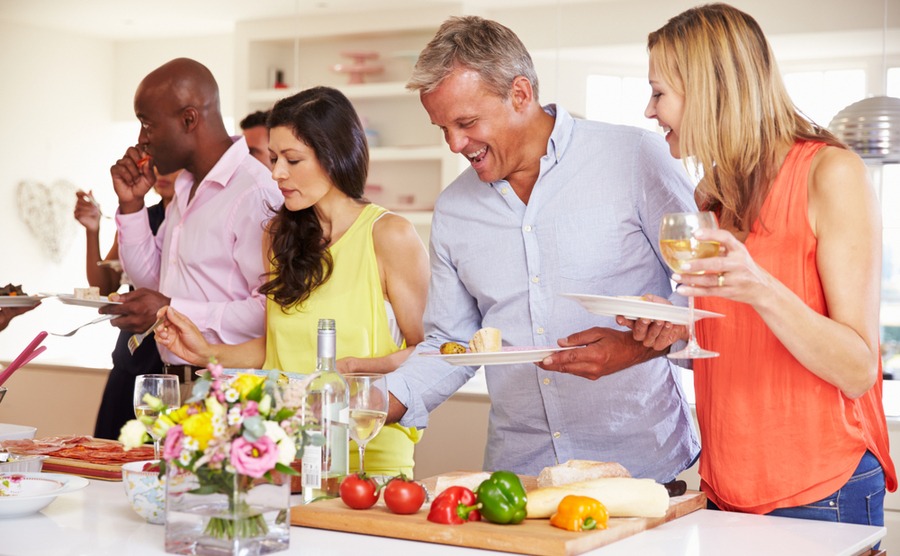 There are plenty of ways to make friends in Cyprus.

I would say that fitness groups make up the largest part of the “finding friends” scene here. Generally, you can find these in the four main towns in Cyprus – Limassol, Paphos, Larnaca, and Nicosia. Remember that although there is one local English newspaper, ‘The Cyprus Mail’ which you can buy for about 1.50 euros that has some details of current fitness groups, like keep fit, yoga, Pilates groups amongst the local Cypriot news, these are very few. This is because these groups are mainly advertised online. For example, you only need to key into Google ‘yoga groups in Limassol [or Paphos, or Larnaca, or Nicosia]’ and it will bring you all the local yoga groups available. It is then simply a matter of calling up these groups and making enquiries. I have been going to a very good yoga group in Limassol called Vinyasa Yoga Centre for many years now, and I have made many Cypriot and British friends at this group.

You can find other groups this way too, like swimming clubs, keep fit clubs, boxing clubs, running clubs, Pilates clubs. I know from my British friends who go to these clubs that they are very well run and are very enjoyable. For swimming, including kayaking, canoeing, sailing and water sports, I would recommend the Limassol Nautical Club. This club has excellent instructors for adults and children. Its claim to fame is that we recently had one Cypriot Olympian achieve a gold medal for Cyprus in the sailing category! There’s no need to worry that you don’t speak Greek. For all these clubs, the instructors can speak both Greek and English. You will find other nautical clubs like this in Larnaca and Nicosia. Prices are about 70 euros/month for 2 hours/week, with morning and afternoon groups. And don’t forget that you can find fitness groups in some villages too, like Pareklissia for example, although these will be smaller. You will get to know about these by asking about them in the village.

Since the coming of another famous athlete, the Cypriot tennis player Baghdadis, tennis clubs have sprung up all over Cyprus. These clubs make use of the hotels’ tennis courts to run their clubs. But there is a dedicated tennis academy club that is offered at Aphrodite Hills Hotel in Paphos. If you like tennis, this is well worth joining because you will be taught by competitively trained instructors here. Football and basketball clubs are common in every town. Basketball is the national sport of Cyprus, and for football, you will find Premier League academies, like Liverpool (my team!) and Arsenal in the major hotels in the main towns, like Park Lane Hotel in Limassol. In the summer months, current Premier League players visit the academies to do specific football training sessions there.

As I’ve said in previous articles, the Cyprus weather, sea and café scene is fantastic for book lovers. There’s nothing better than reading your book in a seaside café. Unusually, though, book clubs are not very common here. I think it’s because most people here buy new books to read from the bookstore and then swap them around their friends. But a Book Club has recently emerged in Nicosia. You can join this via MeetUp and also on the expats version of this. To use MeetUp, you can enter the website via Facebook. It asks you where you live in Cyprus and you select activities that interest you. It then provides categories of groups available in your area and you can select which one you would like to join. The next available meeting is given, along with the date and time, place and contact number. You could also start your own book club on this site. Similarly, art groups can be found in this way. Drama groups are relatively new in Cyprus. You will find these groups in the main towns, for example, LTAS Drama School in Limassol. Here, you can find drama and musical training, as well as singing and instrument teaching.

As I’ve said in previous articles, the Cyprus weather, sea and café scene is fantastic for book lovers. There’s nothing better than reading your book in a seaside café

Even though you won’t be able to find bowling here, it is replaced by golf! You will find 18- hole golf courses all over Cyprus. Again, the Aphrodite Hills Hotel has an excellent golf course, and provides tuition too if you need to learn. Women golf enthusiasts are also welcome. But my favourite place that has been set up by the British for the British (although Cypriots are also welcome) is Vikla Golf Course. This is set in the village of Vikla far away from the hustle and bustle of the town. It is called the Vikla Golf and Country Club and it’s great because you can get a wonderful lunch or al fresco dinner and there is a well-stocked bar too – all while enjoying your golf. You can’t find ballroom dancing here, but Zumba classes abound in all the towns and Latin dancing is also very popular with British and Cypriots. Don’t forget ski-ing in the mountains. The Cyprus Ski Federation & Club is the home for international skiing competitions and you can also learn to ski there too on the dry slope. There are many walking and hiking groups across Cyprus too, for example, the Cyprus Rambling Club (CRC) or the Cyprus Strollers.

So, as you can see, Cyprus has plenty of activities to offer you when you come to live here. Combined with the overall warm Cypriot hospitality, I can guarantee that by joining a group or club that you enjoy, you will soon make some great friends – Cypriot and British alike!