The Italian referendum result is in and Matteo Renzi is out

Italy woke up this morning to a political hangover. The populist rising against the ruling elite has claimed another scalp but what does this mean for the euro and for your property purchase in Italy?

Voting booths closed in Italy at 11pm on Sunday and the exit polls quickly revealed the Prime Minister’s worst fears, nearly six out of every ten voters had said NO.

There was a good turn out at the polling stations of almost 70 percent and as expected Renzi did get some support around his home region of Tuscany. He had clearly underestimated the feelings of southern Italians, however, who gave a very strong No. Many Italians in rural areas have a strong sense of tradition and don’t like change, voting No because they see the Senate as being part of their history that shouldn’t be changed. Others who are struggling to find work and make ends meet saw it as an opportunity to kick the shins of what they see as the political elite, with Matteo Renzi as the target for their woes.

You can now get more euros for your pound, so for an Italian house purchase this could be a good time.

Prime Minister Renzi had previously indicated he would resign if the vote went against him and opposition parties were quick to demand his resignation as soon as the exit polls were announced. Soon after midnight Mr Renzi, held a press conference saying: “I take full responsibility for the defeat… I wanted to eliminate the too many seats of power in Italian politics… I could not do it, so the seat to go is mine”

President Sergio Mattarella will have to appoint a new Prime Minister and put together a temporary government capable of running Italy until a general election can be held, which should happen before the spring of 2018, allowing time for new electoral laws to be approved by Parliament first. It is possible that Renzi could be asked to reconsider his resignation, but the main opposition parties are demanding that an election be called as soon as possible, potentially within months. 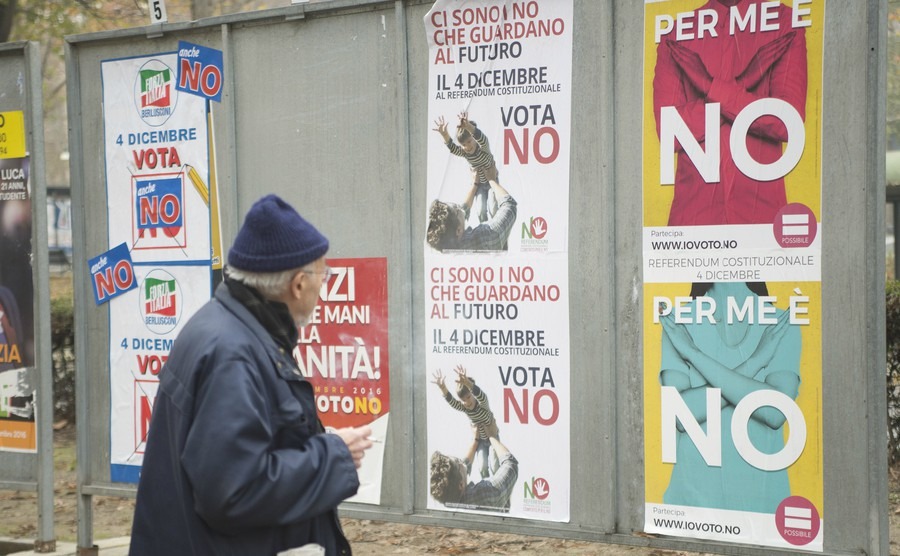 Posters calling for a NO vote (Stefano Guidi / Shutterstock.com)

As expected the value of the euro dropped on Monday morning, but the European Central Bank is ready to step in to try and control any major fluctuations. On the plus side, you can now get more euros for your pound. If you are planning to transfer money for an Italian house purchase this could be a good time. The exit polls sent the GBP/EUR rate to above 1.20 although it fell back to 1.195 by this morning. For more information on currency and property purchases, click here. If you are looking to buy a property in Italy you should speak to an adviser at Smart Currency exchange without delay to secure the best deal. A few pence difference on an exchange rate can make a big difference when transferring hundreds of thousands.

Return to the lira?

The most dramatic predictions suggest a chain reaction leading to Italy readopting the lira.

The most dramatic predictions suggest a chain reaction leading to Italy readopting the lira. This is not something that could happen any time soon, however, although a period of uncertainty is guaranteed, as the positions of power are juggled. This is something the Italians are used to, of course, which was rather the point of the referendum. Investors will be keeping a close eye on the Stock Exchange.

The upheaval will also delay Italy’s efforts to get rid of bad debt in its banking system, making it more expensive for Italian banks to raise much-needed capital. There is concern that Italian pensioners with bank bonds could be hurt the most if it leads to a state-sponsored bailout. 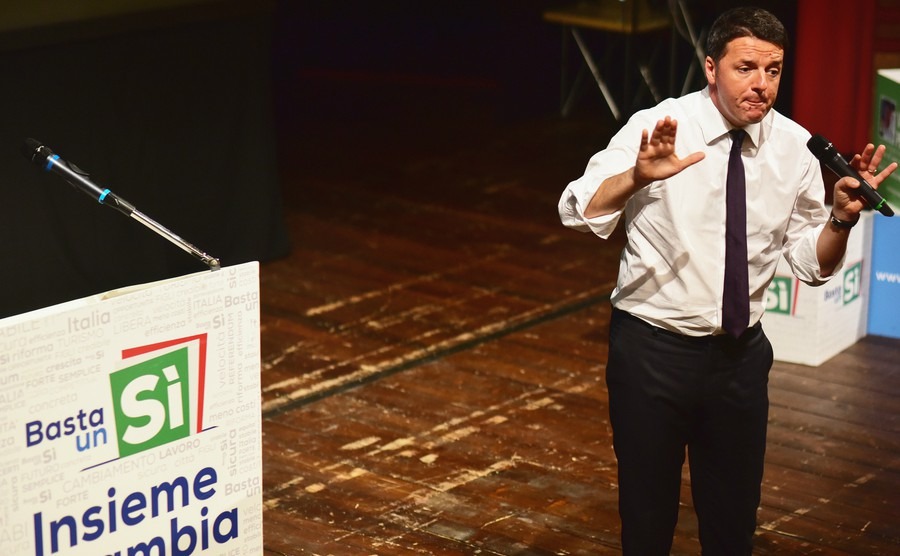 Renzi has put his hands up to defeat (Giovanni Cardillo / Shutterstock.com)

Beppe Grillo and the 5 Star Movement (M5S) immediately tried to capitalise on the result, calling for an election as soon as possible. Grillo’s movement had been running not far behind Renzi’s Democratic Party (PD) in recent polls, but it should be remembered that the PD still holds a majority in Parliament. There is now the possibility that the 5 Star Movement could even win power.

Growing concerns over immigration and the economy have created greater support for anti-establishment parties and nationalist movements across Europe. Mr Trump’s success in America and the Italian vote has now even encouraged the anti-immigrant Northern League party, an ally of French far-right leader Marine Le Pen.

For the short-term, however, it is more likely that a Theresa May-style replacement from within Renzi’s own party will be found. As Renato Brunetta of Forza Italia said: “The Democratic Party has the majority and has the duty to do another government as it has a majority in parliament, but without Renzi”.

The ball is now in the court of President Mattarella to smooth the way forward.

If you would like advice on transferring money to Italy, Smart Currency Exchange can be contacted through their website at https://www.smartcurrencyexchange.com/